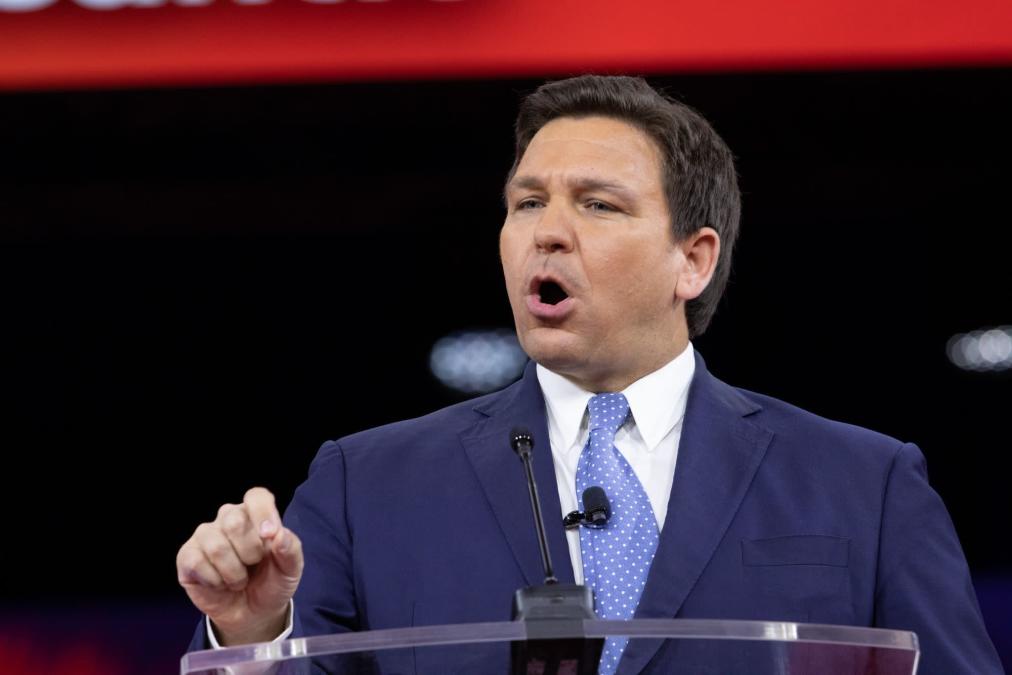 (Bloomberg) — Florida Governor Ron DeSantis’s move to escalate a dispute with Walt Disney Co. by terminating its iconic theme park’s special privileges leaves $1 billion in municipal debt hanging in the balance. Even the bill’s Senate sponsor said it’s too soon to say exactly who would pay back the debt.

Most Read from Bloomberg

Bills were quickly introduced in both chambers on Tuesday that could terminate all special districts that were enacted in Florida prior to 1968, including the Reedy Creek Improvement District where the company’s Walt Disney World resort is based. The measure was approved by the Senate on Wednesday, and it will now move to the House before being sent to DeSantis for his signature.

The surprise announcement could have major consequences for Disney, which has had to maneuver a heated dispute with DeSantis after the company criticized a law that limits school instruction about gender identity and sexual orientation. The Reedy Creek Improvement District has about $1 billion of municipal bonds currently outstanding, according to data compiled by Bloomberg.

“As a bondholder, we worry about who is going to pay us back,” said Evgenia Lando, a portfolio manager for Thornburg Investment Management, who holds the Reedy Creek bonds. She said she’s not concerned about the debt defaulting because Florida statute says that the obligations would be transferred to other local governments. “It’s definitely headlines and noise; it’s nothing you want attached to an entity.”

Under current Florida statutes, the debts and assets of a special district that is dissolved are passed to the municipal government that takes over. Some Democratic Senators wondered if the move could ultimately transfer debt incurred by Disney to the small cities of Bay Lake and Lake Buena Vista, in addition to the governments of Orange and Osceola counties. Bay Lake had a population of just 29, according to the 2020 census, while Lake Buena Vista was home to 24.

Republican State Senator Jennifer Bradley, who sponsored the legislation in the Florida Senate, said the current bill would not cancel any debt. The bill calls for the districts to be dissolved as of June 1, 2023, barring any further legislative action.

“This bill says that there is a year to come back and let’s have a legislative discussion about the validity and scope of that district,” she said. “And should we go down that road of dissolution, there’ll be careful consideration of all of the issues. It will be a complicated transaction to be sure.”

Pay Back the Debt

When pressed on the issue of possible debt cancellation, Bradley said she wasn’t sure what would happen. “That’s something that I can’t speak to,” she said. “Because I don’t know how that dissolution would play out and what would happen with those debts before we get there and that allocation occurs.”

Bradley was unable to say who wrote the bill, other than noting that she had received it from “professional bill drafters” before introducing it Tuesday.

Analysts at S&P Global Ratings said they’re monitoring the situation and waiting for final legislation to make an assessment.

“The State of Florida has made many legal promises to bondholders of Reedy Creek,” said Eric Kazatsky, Bloomberg Intelligence senior strategist. “Namely they have promised not to alter the rights of the District or impair the rights of bondholders, and more importantly impair the exemption of the assets and properties of the District. Trying to walk those back will be a huge legal hurdle.”

Democratic state senators questioned everything from the rushed timing of the bill to the possible impact the law could have on new bond issuance or possible acceleration clauses.

A representative for the governments of Bay Lake and Lake Buena Vista didn’t immediately respond to a request for comment.

Krystal Diaz, a spokesperson for Osceola County, said they will evaluate the impact “if/when” lawmakers take action and have no further comment now.

“Orange County Government is monitoring the special session in Tallahassee, particularly when it comes to unfunded cost shifts to local governments,” said Orange County Mayor Jerry L. Demings in an email through a spokesperson. He declined to comment further before any final legislative action.

State Representative Randy Fine, a Republican who sponsored the bill in the House, said the legislation would affect six special districts in the state, including the Marion County law library district.

“When you kick the hornet’s nest, sometimes issues arise,” Fine said when asked if the measure was punitive because of Disney’s position on the schools bill.

Reedy Creek was created in 1967 by a special act of the legislature to allow Disney to carry out certain municipal functions on its own. The district has its own building codes and approval process for new projects, meaning that Disney often doesn’t have to wade through bureaucratic channels spanning multiple governments to get things done.

Special districts provide specific, focused services for a particular reason. They’re often created to not overburden a tax base with services that they’re not using. In Reedy Creek, for example, the district is responsible for both the general functions of running a mini city like building highways, emergency services and maintaining sidewalks, while also running all of the water and power utilities that make Cinderella’s castle light up.

“There are so many things we do not know the answer to,” Aubrey Jewett, a professor at the the University of Central Florida who studies US politics with an emphasis on Florida, said in an interview.

If the action had been proposed in a regular session, experts would have been brought in to discuss the a transfer of responsibilities and debt service, he said, but Republicans are jamming the bill through quickly.

Reedy Creek has been around for more than a half-century “to get rid of it in just a few days on a whim because you’re mad — that makes very little sense,” Jewett said.

Richard Foglesong, a historian and political scientist who wrote a book about Disney’s history in Florida, said the special district was about more than just money for Disney, with the company avoiding red-tape by controlling its own regulation. While Disneyland in California can serve as a model for how Disney World could operate in Florida with regular municipal regulation, local governments will still face serious challenges if they suddenly have to staff new building departments.

“What would happen if Reedy Creek was suddenly dissolved? I think it would be a calamity in the short run,” he said in a phone interview from Orlando, Florida. “You could run a place like Disney World without Reedy Creek, but there would be high transition costs.”

(Updates to reflect bill passage in Senate in second paragraph)

Most Read from Bloomberg Businessweek