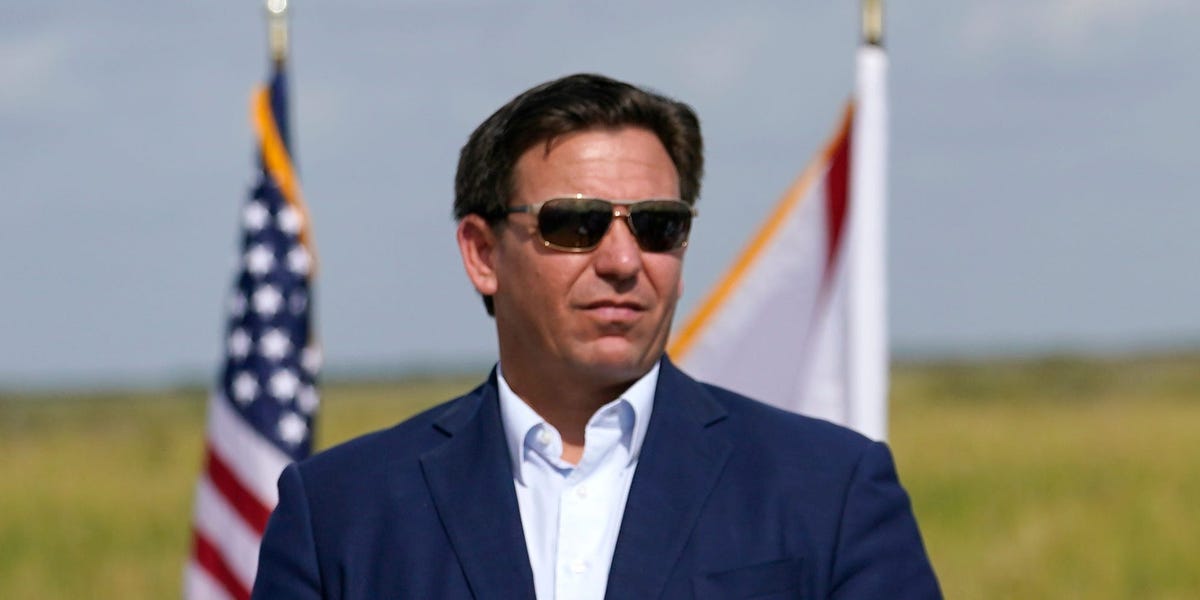 MIAMI—Florida Gov. Ron DeSantis confirmed Thursday that the state would not be ordering COVID-19 vaccines for young children after a Food and Drug Administration panel unanimously endorsed the Pfizer and Moderna shots for babies and kids under 5.

“There is not going to be any state programs that are going to be trying to get COVID jabs to infants, toddlers, and newborns,” the Republican governor said in response to a question asked at a press conference in Miami on Everglades conservation. “That’s not something that we think is appropriate and so that’s not where we are going to be utilizing our resources.”

The Sunshine State’s decision means parents in Florida will find it harder to access vaccines for their children compared with people in other states, said Karine Jean-Pierre, White House press secretary.

But neither Florida health officials nor the White House would specify whether the delay would be a matter of days, weeks, or even months. Some pharmacies and community health centers in Florida will still receive the vaccines directly, without going through the state, though pharmacies will only be giving shots to children as young as 3.

“By being the only state not-pre-ordering, pediatricians for example in Florida will not have immediate-ready access to vaccines,” Jean-Pierre said during Thursday’s White House briefing. “Some pharmacies and community health centers in the state get access through federal distribution channels, but those options are limited for parents.”

Vaccines are expected to go out as soon as Monday to states that pre-registered.

Florida has gone against federal guidance several times before

Florida’s Department of Health has since March recommended against administering the COVID vaccine to healthy children ages 5-17, clashing with federal guidance. The state instead has said that children who have underlying conditions “are the best candidates” for the vaccine.

But the independent panel of experts advising the FDA expressed confidence on Wednesday that Moderna’s two-dose shot and Pfizer’s three-dose shot is safe, effective, and beneficial for children as young as 6 months.

Advanced age is one of the biggest risk factors for serious complications or death from COVID-19, though CDC data show that 482 children under the age of 4 have died from COVID in the US. The total appears to factor in both contributing and underlying causes of death.

In response to questions from Insider, the Florida Department of Health said it “has made it clear to the federal government that states do not need to be involved in the convoluted vaccine distribution process.” It also said that Florida’s decision not to participate should come at “no surprise” given that the department doesn’t recommend shots for children.

“Doctors can order vaccines if they are in need, and there are currently no orders in the department’s ordering system for the COVID-19 vaccine for this age group,” the department said in an email that had no name attached.

State Surgeon General Joseph Ladapo, a DeSantis appointee, leads the health department and has been skeptical of vaccines. He told reporters Tuesday that he wouldn’t be recommending vaccines for children under 5.

In his press conference Thursday, DeSantis said that people would have options for accessing the vaccine and stressed that the state’s guidance against vaccination shouldn’t be viewed as a ban.

“The state’s recommendation holds: It’s a recommendation against doing it,” DeSantis said Thursday. “That’s different than saying you can’t. You are free to choose.”

Even before Ladapo took office, DeSantis has long bucked federal guidance on the pandemic. He prohibited schools and workplaces from forcing workers to vaccinate as a condition of employment, and from forcing children to wear masks. Florida state officials also recently threatened the Special Olympics to drop their COVID-19 vaccine mandate or otherwise face a $27.5 million fine.

In a statement, the Florida Democratic Party blasted the DeSantis administration for its latest decision not to order vaccines for young children.

“It’s one thing for Ron DeSantis and Joseph Ladapo to choose not to vaccinate their own children, but for them to deprive parents in Florida of that option isn’t only irresponsible, it’s cruel,” said spokesperson Kobie Christian. “Ron DeSantis should stop using children’s safety as a political prop and make the vaccine available as soon as possible.”

Children under 5 are the last group of people to be eligible for COVID-19 vaccines as pharmaceutical companies conduct trials and seek approval from government regulators. Vaccines for children aged 5 and up have been available since early November.