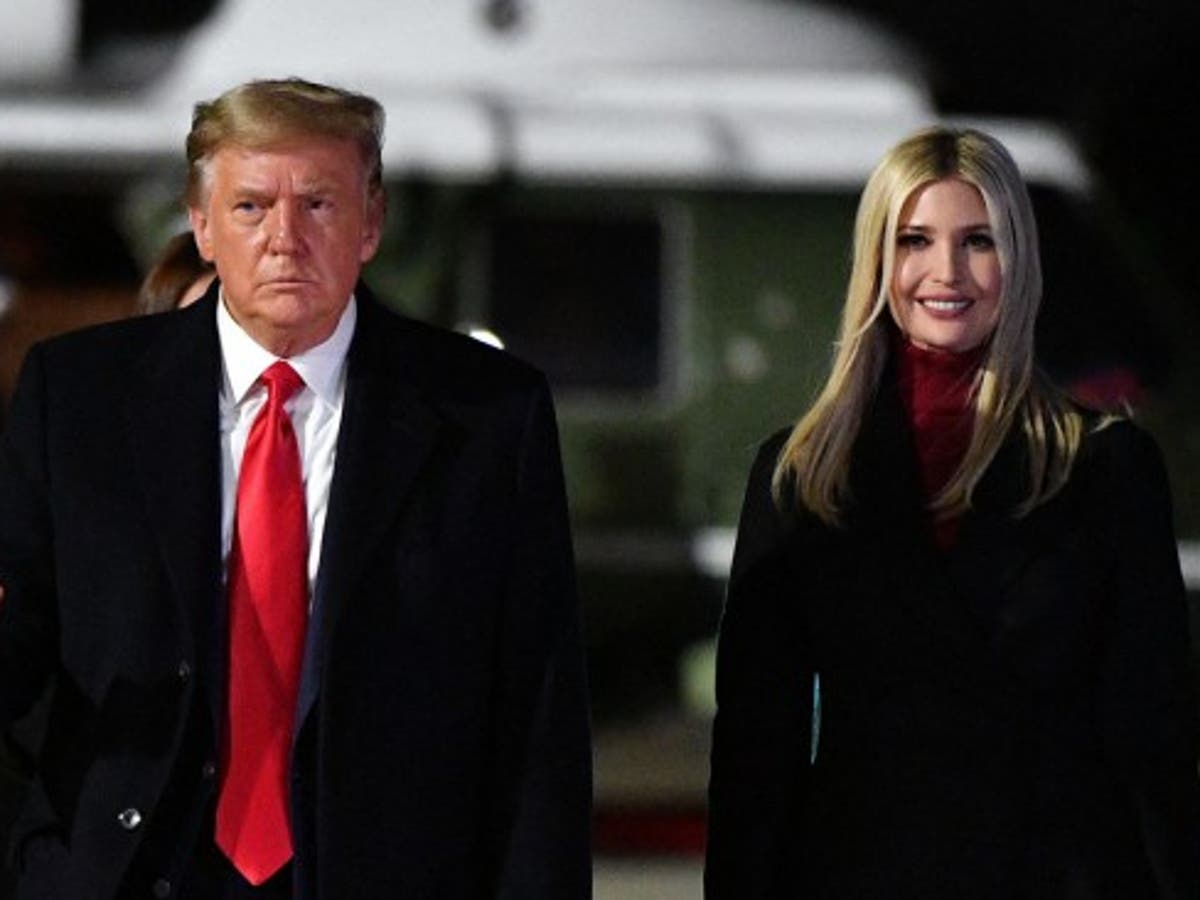 Ivanka Trump appeared remotely before the January 6 committee on Tuesday, committee sources revealed, as the panel’s investigation into her father’s role in a violent assault on Congress continues.

The chairman of the House select committee investigating January 6 confirmed Ms Trump’s appearance to reporters and told Politico that Ms Trump’s testimony was still ongoing as of mid-Monday afternoon with five hours already passed in the session. Ms Trump was not subpoenaed, and like her husband is giving information to the committee as a personal choice.

“She’s answering questions,” said Mr Thompson, who confirmed that Ms Trump had not taken the route of other allies of the former president like John Eastman and plead the 5th to avoid responding to the lawmakers’ questions.

Jamie Raskin, a Democrat on the panel, declined to comment on her testimony but noted that it was in line with the “vast majority” of witnesses who have chosen to appear before the committee voluntarily.

“I’ve interviewed a lot of the members of that family, talking doesn’t necessarily mean talking truthfully,” added Rep Eric Swalwell, who does not sit on the committee. “They are quite skilled at using the phrase, ‘I don’t recall.’ They know that one really well.”

Their decisions clash wildly with those of other Trump White House staffers, some of whom have fought back against the committee’s requests for testimony, and the demands of Mr Trump himself who has claimed (falsely) that the committee does not have legal authority and that his allies should not participate in the investigation.

Ms Trump’s role in the events of January 6 have been of particular interest to the committee for months, according to media reports, due to her close relationship with her father and her work as a White Houser. She, through text messages, has been revealed to have been an outlet for frustrations vented by desperate members of Congress on Capitol Hill during the attack, some of whom plead with the first daughter to counsel her father into action.

Those text messages, which White House chief of staff Mark Meadows was receiving as well, paint a picture of a White House that knew full well of the scope of the danger posed by the attack on Congress even as Mr Trump waited for hours to go on camera and tell his supporters to leave, and the Capitol Police detachment guarding the US Capitol during the riot was in dire need of reinforcements.

The committee has shown clear interest in finding out exactly what Mr Trump was doing, saying, and thinking as the riot unfolded and appears to be building a case to recommend that Mr Trump and/or his closest advisers such as Mr Eastman, his ex- attorney, be charged with engaging in a criminal conspiracy to overturn the lawful results of the 2020 election. Attorneys for the panel explained that its lawmakers had seen evidence of as much in a court filing last month.

Reporting from The New York Times and other media outlets has indicated that Ms Trump did in fact try, at least twice over the course of the January 6 attack, to convince her father to intervene. It hasn’t been reported yet when those attempts were made, but Mr Trump did eventually issue a video message to his supporters via Twitter around 4.15pm, but in the message he repeated some of the same lies about the 2020 election that provoked their anger in the first place.

Ms Trump and Mr Kushner’s voluntary cooperation with the panel is also significant given the ongoing resistance of Mr Meadows and other former Trump White House officials who have opted to battle congressional subpoenas and charges of contempt rather than play ball with members of the committee. Their decisions may indicate a philosophical divide between the former president, his eldest daughter and son-in-law regarding the seriousness of the attack on Congress.