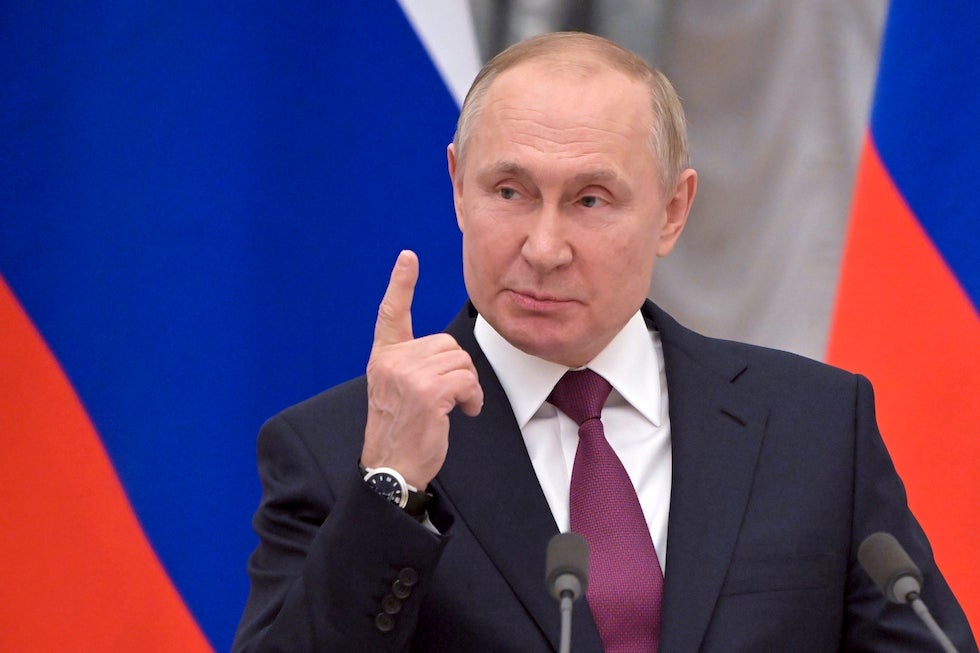 Russia fired off an intercontinental ballistic missile in a test launch that comes as the Kremlin approaches the two-month mark in its war with Ukraine.

We’ll share the details of that launch plus the new weapons the US has begun to train Ukrainian troops on and a Navy officer death in Hawaii.

This is Defense & National Security, your nightly guide to the latest developments at the Pentagon, on Capitol Hill and beyond. For The Hill, I’m Ellen Mitchell. Subscribe here.

Russia on Wednesday held a test launch of its intercontinental ballistic missile, the Sarmat, according to the country’s defense ministry.

Pentagon press secretary John Kirby said later Wednesday that Russia had notified the United States ahead of the test, so “we were not surprised by it and did not deem it to be a threat to the United States or allies.”

Kirby added that the Defense Department “remains focused on Russia’s unlawful and unprovoked aggression against Ukraine.”

The test details: The missile launched at 3:12 pm Moscow time from a silo at the Plesetsk State Testing Cosmodrome in the Arkhangelsk Region, an area in western Russia about 1,640 miles north of Moscow.

The defense ministry said the missile flew toward the Kura test site on the Kamchatka Peninsula, which sits along the Bering Sea, before it landed in a “designated area” in Kamchatka.

The Russian defense ministry said that after it completes the Sarmat test program, the weapon would go into service with the country’s Strategic Missile Forces.

Awakened threat: Russian President Vladimir Putin said in March 2018 that his country’s new missile system would render any US missile defense system “useless” and warned the West that it had “failed to contain Russia.”

On Wednesday, Putin congratulated his military on the test launch and said it would “give thought to those who are trying to threaten Russia,” state-run TASS news agency quoted the ministry statement.

The US Capitol and nearby building were briefly evacuated on Wednesday night after an apparent false alarm over an Army plane that was in the area headed to drop parachuters for a pre-game event at Nationals Park.

Capitol Police initially issued an alert for the Capitol and other nearby buildings to evacuate due to a “probable threat” from an aircraft, though later tweeted shortly before 7 pm that there was “no threat.” Police issued the all-clear just after 8 pm

US begins to train Ukrainian troops on Howitzers

Howitzer artillery and rounds for the system have arrived in Europe and US troops have begun to train Ukrainian forces how to use them, a senior US defense official said Wednesday.

In the past 24 hours, four flights arrived in Europe carrying military aid for Ukraine from the $800 million package approved by the Biden administration last week.

“Some of those flights did include howitzers,” the official told reporters. “In the next 24 [hours]there will be additional flights coming from the United States into the region with howitzers.”

Details limited: The official also said the training of “some small number” of Ukrainians on how to use howitzers has begun in an unnamed country outside of Ukraine, with training expected to last a week.

Slightly more than 50 Ukrainians will be trained on the system, with those troops to then return to their country to train their colleagues, the official said.

Heading in: The US is expected to send 18 howitzers and 40,000 artillery rounds to Ukraine as part of the most recent multimillion presidential drawdown package.

The Pentagon’s top spokesperson John Kirby on Tuesday told reporters that Ukraine had “received additional platforms and parts to be able to increase their fleet size, their aircraft fleet size.”

But on Wednesday, Kirby admitted he had made a mistake and that Ukraine had received only parts from other countries, not “whole aircraft.”

Ukraine also quickly moved to clean up the confusion, with its air force tweeting that the country “did not receive new aircraft from partners! With the assistance of the US Government, [the Ukrainian Air Force] received spare parts and components for the restoration and repair of the fleet of aircraft in the Armed Forces, which will allow [us] to put into service more equipment.”

A junior officer in the US Navy died over the weekend while training with Marines at a base in Hawaii, the service revealed Wednesday.

Lt. jg Aaron Fowler, 29, “became unresponsive during the training” at Marine Corps Base Hawaii in Kaneohe Bay on Sunday and was pronounced dead at a nearby hospital, according to a Navy statement.

Limited details: No additional details were released on the incident, which is currently under investigation by the Naval Criminal Investigative Service and local authorities.

Since January, Fowler had been assigned to Explosive Ordnance Disposal Mobile Unit One, a unit that cleared explosive hazards on land and at sea, and was based in San Diego, Calif. He had entered the Navy in 2012 and commissioned after graduating from the Naval Academy in May 2018, according to the service.

That’s it for today! Check out The Hill’s Defense and National Security pages for the latest coverage. See you tomorrow!