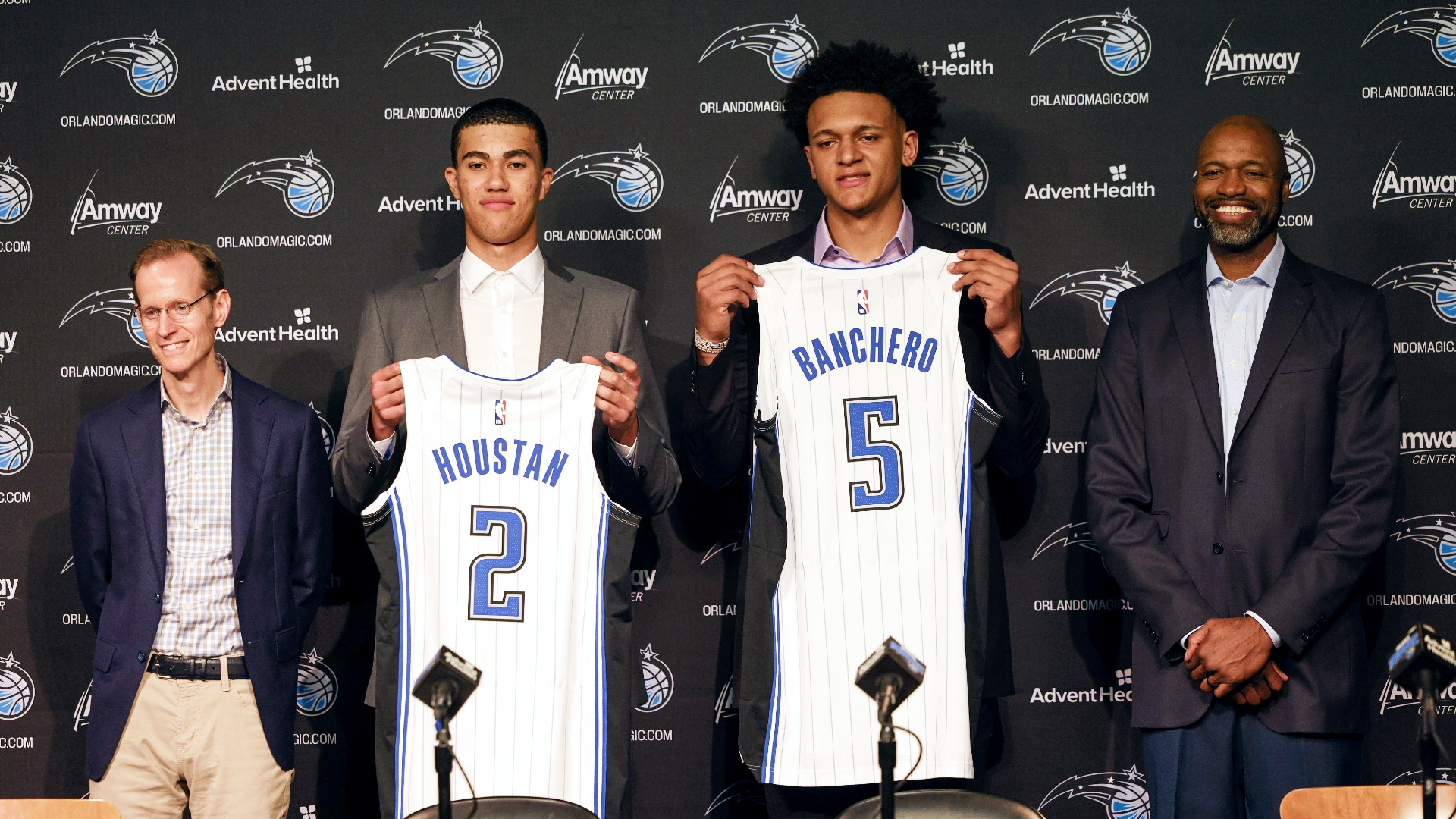 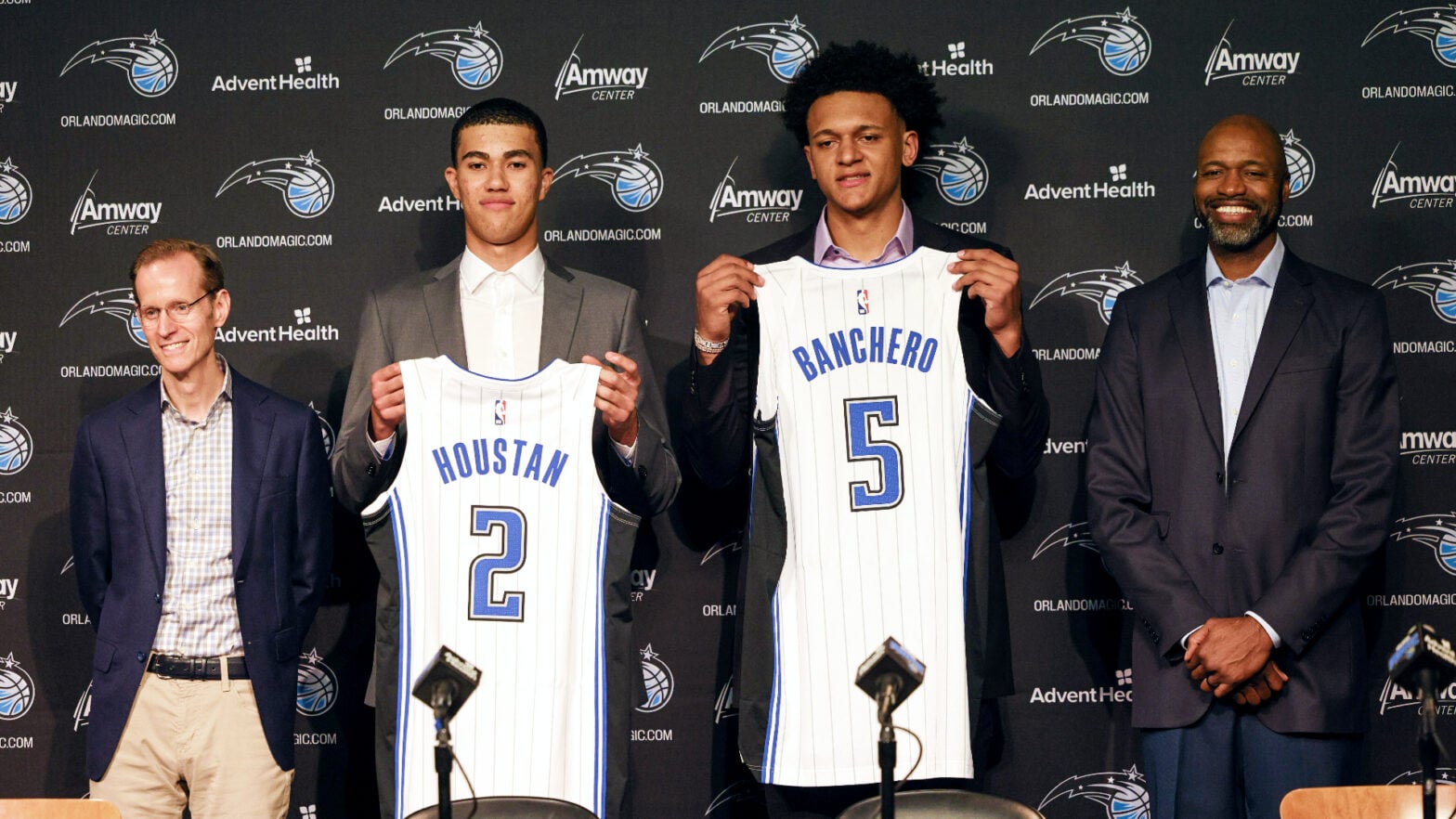 Paolo Banchero said he had no idea where he’d be drafted until about 30 seconds before NBA Commissioner Adam Silver called his name.

ORLANDO, Fla. (AP) — The secret about how Orlando was going to take Paolo Banchero with the No. 1 pick in the NBA Draft was incredibly well-kept.

Among those who didn’t know: Banchero himself.

Banchero said even he was kept out of the Magic decision loop until about 30 seconds before NBA Commissioner Adam Silver took the draft stage to announce his name for the basketball world to hear. Mike Miller, Banchero’s agent, leaned over and broke the news by simply saying “Congratulations.”

With that, he was off and running. Banchero arrived in Orlando on Friday, one day after his name got permanently etched on the list of No. 1 draft picks. The 6-foot-10 forward out of Duke will officially start workouts next week for Orlando’s July 7 opener at NBA Summer League.

The Magic looked at every option with the No. 1 pick. Teams called about obtaining it in a trade. Auburn’s Jabari Smith Jr. came in for a workout that some Orlando players attended and raved about. Gonzaga’s Chet Holmgren spent a few days with the Magic last week. The team insisted other players were given serious consideration as well

There were plenty of things to consider, fit in the short-term and fit in the long-term among them.

Paolo Banchero describes how he found out he was the No. 1 pick, and talks about joining fellow Blue Devil Wendell Carter, Jr. in Orlando.

“There’s things that you’re grabbing from each one that you’re like, ‘Oh, man, wow, that can be great for us,’” Orlando coach Jamahl Mosley said. “But then it ultimately comes down to, ‘How does that fit for us? How do we jell with them in the locker room? How are they treating people when they’re walking in?’ Because all those pieces play a factor. And I think we’ve done an incredible job with those details.”

The Magic said they were convinced when the college season ended that Banchero was the best player at that level this past season. But the actual timetable on when they made the decision to take him No. 1 remains a secret.

Miller, who won the NBA rookie of the year award in Orlando and now will try to help Banchero do the same as an agent, said he started getting hints about a half-hour before the pick was made.

“It was a great job of them doing the due diligence and keeping it quiet,” Miller said. “But they trusted in what they saw in him and what we were talking about as far as his basketball abilities — not only where he’s at now, but where he’s going to be. And there’s not, I’ll be honest, there’s not many Paolo Bancheros walking through a lot of doors. He’s just a special, special kid and a special basketball player.”

What happens over the next few days will be a whirlwind. Summer League practice awaits, and Banchero and second-round pick Caleb Houstan of Michigan both intend to play. There will be tons of attention on that, right from the get-go: the made-for-TV first game in Las Vegas pits Orlando against Houston, the team that used the No. 3 pick on Smith — after he was widely expected by many to end up in Orlando.

Jeff Weltman, Orlando’s President of Basketball Operations, discusses why the Magic selected Paolo Banchero with the overall No. 1 pick.

“Right now, the level of expectation of what people outside view as what the No. 1 pick should do and should be may be different,” Mosley said. “But we also understand, when you walk into this building, you’re an Orlando Magic and there’s a standard and a set of things that we’re going to need to do night in and night out to make everyone successful.”

“There are just so many things that go into this,” Magic President Jeff Weltman said. “It’s talent, it’s fit, it’s character, it’s the projection where the league is going. There’s so many things that factor into a conversation like this that you can literally go on for months more arguing it. And that’s kind of like what makes it fun, right? I mean, it’s been a fun process.”

And now, the real work starts.