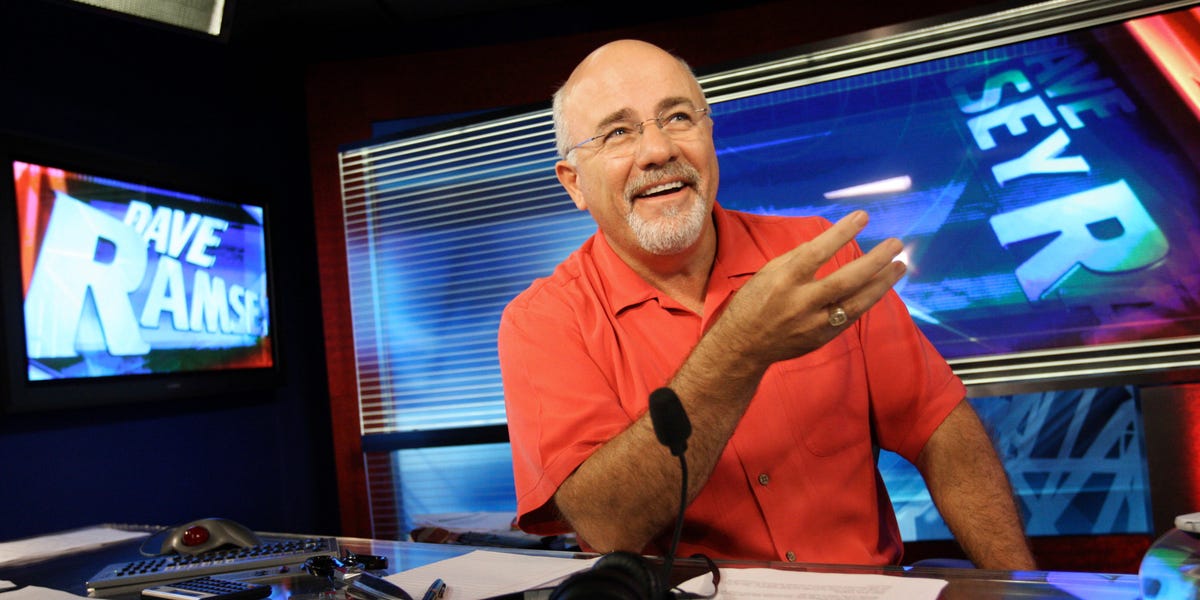 Ramsey, a radio show host, author, and finance personality, told Insider that politicians advocating for President Joe Biden to forgive student debt are ignoring a larger problem, which is the debt that would amass again if the current $1.75 trillion in loans is waived.

“If we believe student loans are so horrible and evil, which I do, then we should stop making them,” Ramsey told Insider in an email. “It’s intellectually dishonest for politicians to run around talking about forgiving student loans while they’re still making them.”

That’s an elaboration of a post he made on Twitter last week, when he said that we should “stop allowing” student debt.

Ramsey has previously come out strong against student debt cancellation, calling the idea that it could stimulate the economy “hogwash” and “smoke and mirrors,” and arguing that loan forgiveness is a “political gimme by progressives trying to buy votes.”

Research shows that even partial forgiveness would have a major impact on the economy: $50,000 in forgiveness for each borrower, for instance, would boost GDP by $91 billion over three years, the Committee for a Responsible Federal Budget found.

Republican lawmakers who have spoken out tend to align with Ramsey’s view. Senators Virginia Foxx and Richard Burr recently wrote of Biden in an opinion piece for Fox News, “By caving to progressives, he is breaking his promise to over 100 million taxpayers without student debt who are subsidizing this boondoggle.”

In his note to Insider, Ramsey said that his proposed alternatives to taking out student loans for college would be paying cash or attending community college or trade school. He previously called the societal emphasis on attending college a “culture-wide con.”

Ramsey’s comments come as Biden is inching closer to deciding on widespread student-loan forgiveness. He recently said he’ll announce relief in the coming weeks — and before payments are set to resume after August 31 — and for now, federal borrowers are waiting to hear what the amount of relief will end up being.

It’s likely the forgiveness will be closer to Biden’s $10,000 student-loan forgiveness campaign pledge, which billionaire Mark Cuban recently said he would support. Many advocates and Democratic lawmakers are hoping the relief will be big — as much as $50,000 per borrower. Some reports have suggested the relief might be capped to those making under $125,000.

“The more President Biden cancels, the more we narrow the racial wealth gap among borrowers and the bigger the boost to Americans’ economic futures,” Massachusetts Sen. Elizabeth Warren previously said in a statement. “This is the right thing to do.”