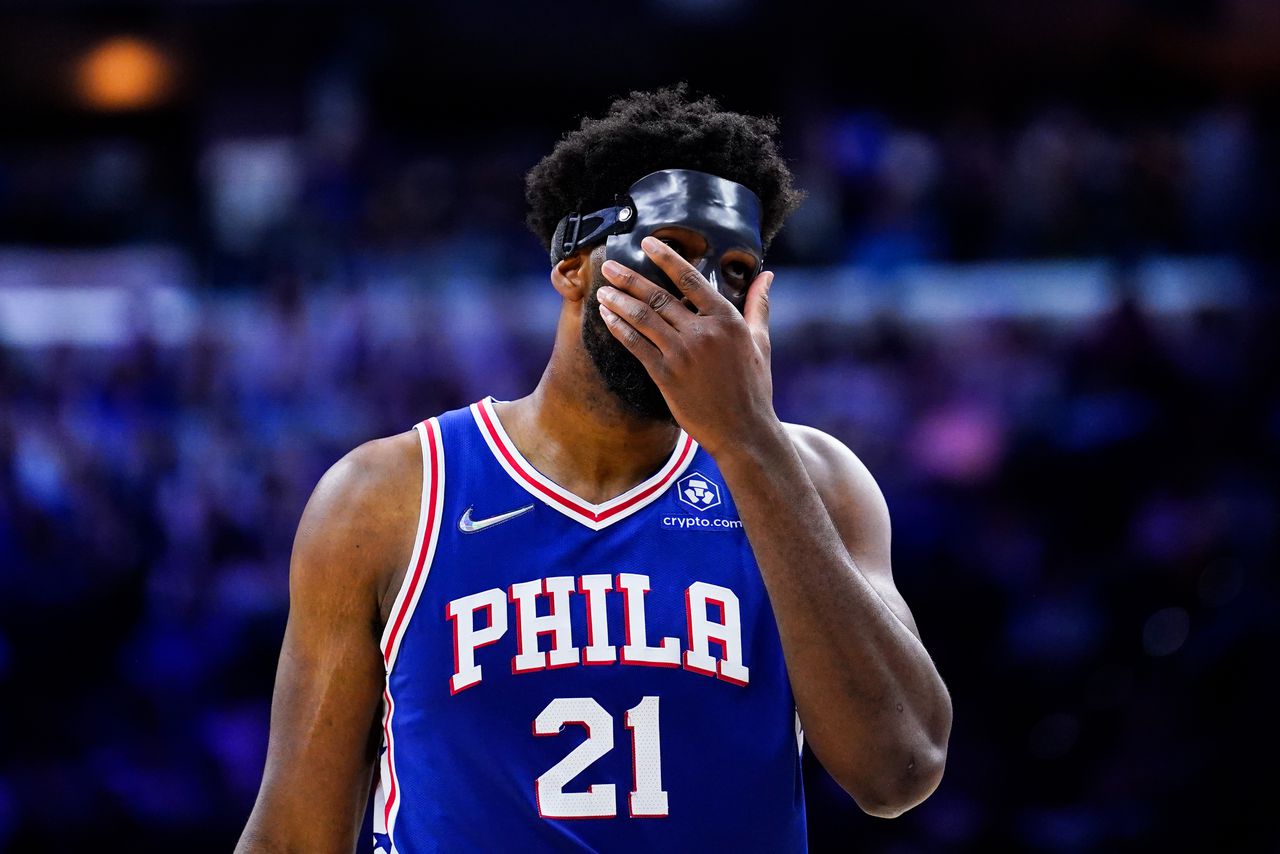 Thursday was a day to forget for sports fans in Philadelphia.

The first gut punch came when Phillies right fielder Bryce Harper was diagnosed with a partially-torn ligament in his right elbow.

The reigning National League MVP won’t be allowed to throw for four weeks but he can continue to stay in the lineup at DH.

The small tear in Harper’s ulnar collateral ligament was revealed during a visit with Dr. Neal ElAttrache in Los Angeles earlier in the day.

“What we saw today confirmed probably a new small tear,” Girardi said. “Harp will be no throwing for four weeks. He’ll have a PRP injection on Sunday and we’ll go from there.”

The 29-year-old star has spent most of his time at DH this year because of his elbow trouble. Of his 31 games, he’s played in his usual right field spot just eight times.

A silver lining came later Thursday as Harper managed to play and his seventh home run to help the Phillies beat the Los Angeles Dodgers, 9-7.

And then there are the Sixers, whose season came to a close with a 99-90 loss to the Miami Heat in Game 6 of their second-round playoff series.

After the game, NBA MVP finalist Joel Embiid appeared to throw teammate James Harden under the bus. Per ESPN:

“Since we got him, everybody expected the Houston James Harden,” Embiid said. “But that’s not who he is anymore. He’s more of a playmaker. I thought, at times, he could have been, as all of us could have been, more aggressive.”

Harden came up small on Thursday, scoring just 11 points on 4-of-9 shooting, all of which came in the first half. But Embiid, who led the Sixers with 20 points and 12 rebounds, also pointed a finger at himself, and everyone else on the team.

“Everybody’s got to get better,” Embiid said. “It’s not just not just about me or [Harden]. From 1 through 15, there’s a reason why we lost in Miami. That means we all weren’t good enough. So everybody just has to be better.”

As for Harden, who was acquired from the Nets in the midseason trade which sent disgruntled guard Ben Simmons to Brooklyn, he has a decision to make: pick up his $47 million option or decline it and sign a new deal. Regardless, Harden is planning on staying in Philadelphia: “I’ll be here,” Harden said.

A glimmer of hope for Philadelphia came Thursday evening with the official release of the Eagles’ 2022 regular season schedule. At least they haven’t lost a game…yet.

(The Associated Press contributed to this report.)

Thank you for relying on us to provide the journalism you can trust. Please consider supporting us with a subscription.

Mike Rosenstein may be reached at mrosenstein@njadvancemedia.com.