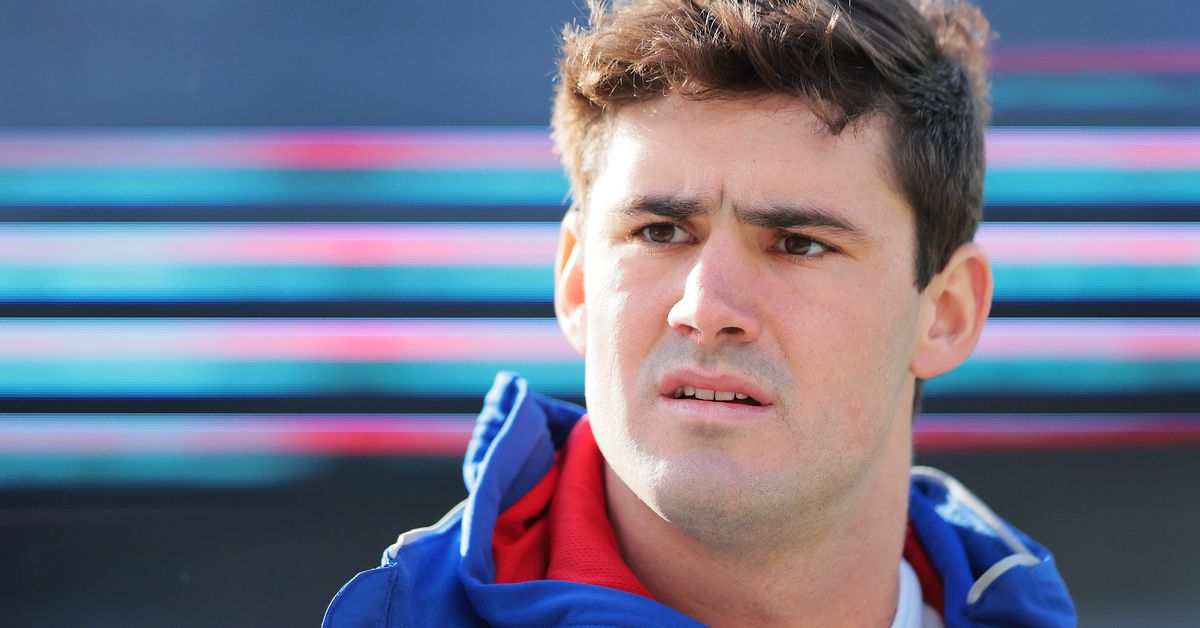 New York Giants quarterback Daniel Jones said Thursday that the organization’s decision not to pick up the fifth-tear option on his rookie contract “was out of my control, out of my hands … it is what it is.”

That decision, of course, opens the door to the possibility this could be the 2019 sixth overall pick’s final season with the Giants.

“I’m just going to prepare as well as a can to keep the team win games,” Jones said. “That’s certainly what I’m focused on.”

Jones did say it’s “natural” to think about his future.

“I think you’re better off focusing on what you’re doing now and preparing as well as you can now,” Jones said. “Taking advantage of every day to prepare. We’re in an important part of the offseason right now starting up our OTA practices. They’re valuable opportunities you can’t afford to miss out on. That’s what I’m focused on.”

Jones said he isn’t focused on what he has to do to earn another contract from the Giants.

“I think it’s more about winning games and knowing that if we win games and we have a good season then that’s going to take care of a lot of things for everyone,” Jones said. “Everything we do is about that goal.”

First-year head coach Brian Daboll wants Jones, who cut down on his turnovers the past two seasons but has only 21 touchdown passes in his last 25 games, to be willing to “turn it loose” when he has the chance.

“Yeah, look, we want to make sure we protect the ball. But again, you can’t go out there and play afraid. Be smart, not reckless, if you will. If he’s got a shot on the right read, let it go,” Daboll said.

“There’s going to be things that happen in every game. The defense is going to make a good play, there might be a tipped ball. We’re going to have to do a good job of taking care of the football, but I want him to turn it loose.”

“You never want to throw interceptions, but I just think the idea to be aggressive and take your shots and see if you can make something happen,” Jones said. “Let the receivers know that we’re going to do that, we’re going to give y’all opportunities to make plays, and we’re counting on you to make plays in situations.”