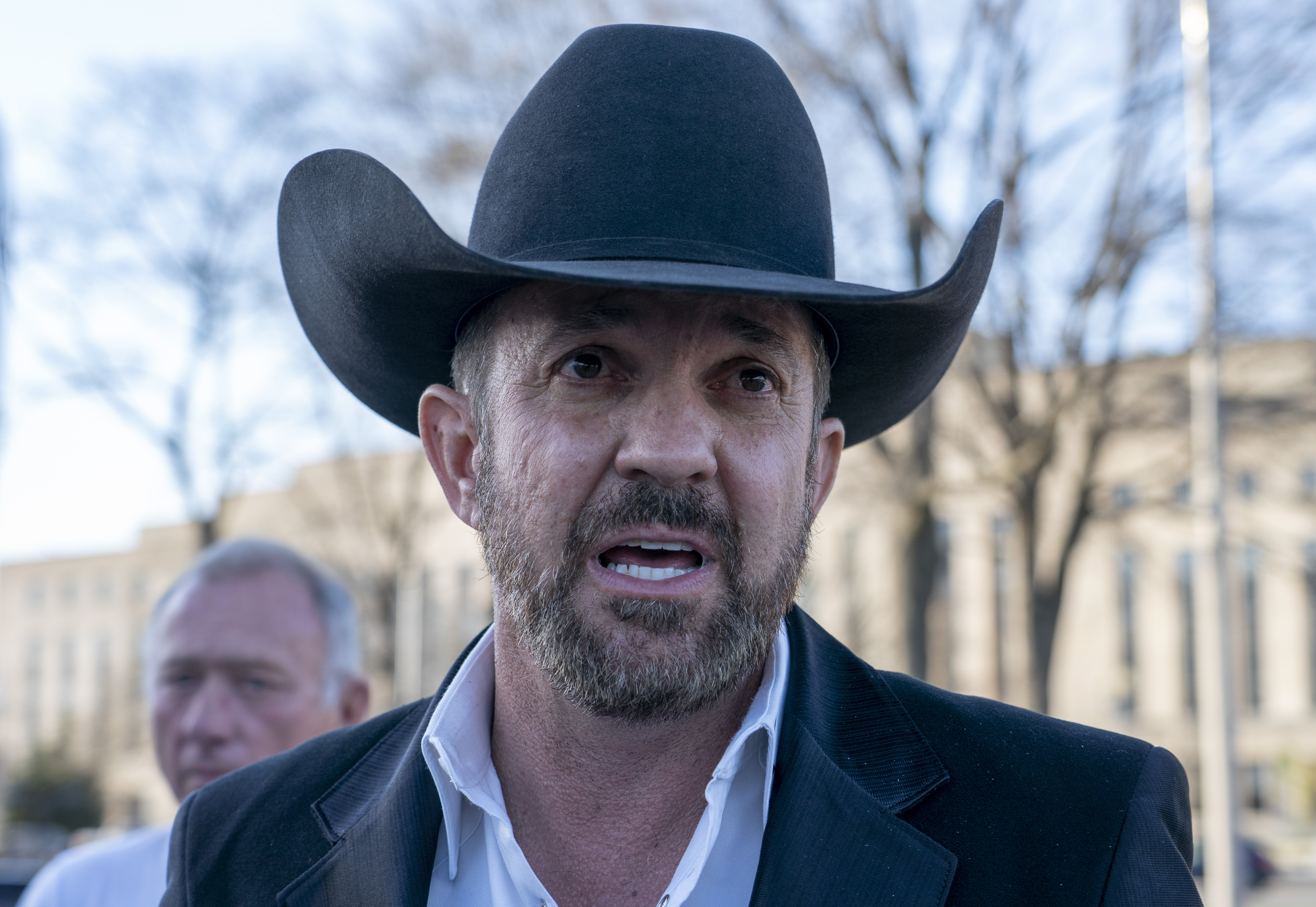 “He crossed over three different walls,” McFadden said, noting that they were tall enough to require assistance to surmount. “All of this would suggest to a normal person that perhaps you should not be entering the area.”

McFadden added that Griffin smelled OC spray, which had been used by police to detect the oncoming mob.

But the judge stopped short of giving DOJ a complete win. He found Griffin not guilty of disorderly conduct on Capitol grounds, contending that the Justice Department did not present enough evidence that Griffin had taken actions intended to disrupt the certification of the 2020 election.

Despite the split verdict, it’s a crucial milestone for prosecutors as they seek plea deals and convictions for hundreds of members of the Jan. 6 mob who crossed into Capitol grounds, which had been restricted that day due to the presence of Pence, a Secret Service protectee. McFadden had been openly skeptical of the case against Griffin, whose case was among the most marginal of the nearly 800 defendants charged for their actions that day.

Griffin, who waived his right to a jury and elected to have McFadden decide his case, walked onto Capitol grounds alongside Matthew Struck, a videographer who filmed most of their movements that day. He hopped a low wall at the outskirts of the Capitol Police perimeter and marched toward the Capitol, climbing onto the stage where Joe Biden’s inauguration was set to take place two weeks later. He led a prayer and spoke to the camera about his belief that the 2020 election had been stolen.

Prosecutors charged Griffin with two misdemeanor counts: entering the grounds of a building that were restricted due to the presence of a Secret Service protectee, and disorderly conduct. McFadden’s verdict came despite his repeated skepticism about DOJ’s case for months. DOJ has now secured convictions in both Jan. 6 trials that have been held so far, after a jury convicted defendant Guy Reffitt of five felony counts earlier this month.

Griffin was one of the first defendants charged in the Capitol breach, and his case quickly became a flashpoint in the broader Jan. 6 investigation. Griffin’s attorney Nick Smith crusaded against the Justice Department’s charges and quickly poked holes in some of the initial facts they had presented in the case. For example, the original charges indicated that both Pence and then-Vice President-elect Kamala Harris – another Secret Service protectee — were present during the riot. But Harris had already indicated publicly that she was not in the building during the breach, and POLITICO later confirmed that she had been at Democratic National Committee headquarters, from which she was evacuated due to the discovery of a pipe bomb.

Smith then pressed DOJ to confirm more details about Pence’s movements, noting that Griffin didn’t arrive on Capitol grounds until after Pence had been evacuated and arrived at a secure undisclosed location. If Pence had left Capitol grounds during the breach, he argued, the Secret Service-protected zone might shift.

The Justice Department rejected this argument, indicating that Pence remained on Capitol grounds throughout the mob attack and arguing that his location was irrelevant because the law only requires that he intended to return to the Capitol later, which he did that evening.

But under pressure from McFadden during the two-day bench trial, prosecutors called Secret Service agent Lanelle Hawa, a member of Pence’s Jan. 6 security details. Hawa confirmed that agents relocated Pence to a loading dock underneath the Senate side of the Capitol plaza, the first time his precise location had been officially identified. ABC reporter Jonathan Karl had revealed the location in his book, “Betrayal,” and indicated there are photos of Pence held by the National Archives, but those photos have yet to become public.

DOJ had claimed that revealing Pence’s location could jeopardize national security by revealing the escape routes used by heads of state in emergencies and initially indicated the Secret Service would refuse to testify about it. It’s unclear why that position changed. During the trial, the Capitol Police Board—which consists of the House and Senate sergeants-at-arms and the architect of the Capitol—agreed to release video of Pence’s evacuation to the loading dock, but the video was never entered into evidence.

After his conviction, Griffin addressed supporters and media during a lengthy, freewheeling press conference, declaring Jan. 6 a “badge of honor” for him and indicating he doesn’t intend to resign his county commissioner position. He ticked through a long list of conspiracy theories, contending the attack was an “inside job.” He said he doesn’t trust reports that Ashli ​​Babbitt, who was shot and killed by a Capitol Police officer while attempting to breach the House chamber, and Officer Brian Sicknick are actually dead. And he compared Covid vaccines to the Holocaust. He also peppered his remarks with a few “Let’s go Brandon” exclamations — a euphemistic phrase referencing a vulgar criticism of Biden — and repeated false claims that the 2020 election was stolen.

Griffin, who spent three weeks incarcerated after his arrest last year, said he had no expectations about the sentence McFadden would impose but said, “I don’t want to go back to jail.” McFadden was prepared to sentence Griffin on Tuesday but delayed it at Smith’s request.

Griffin also also took aim at Republican members of Congress who have aligned themselves with Jan. 6 defendants who have claimed they’re being persecuted. Those lawmakers did not show up to his trial, he noted.

“I don’t know if they think they’re too good to come down here to the federal courthouse where all this has taken place,” he said.