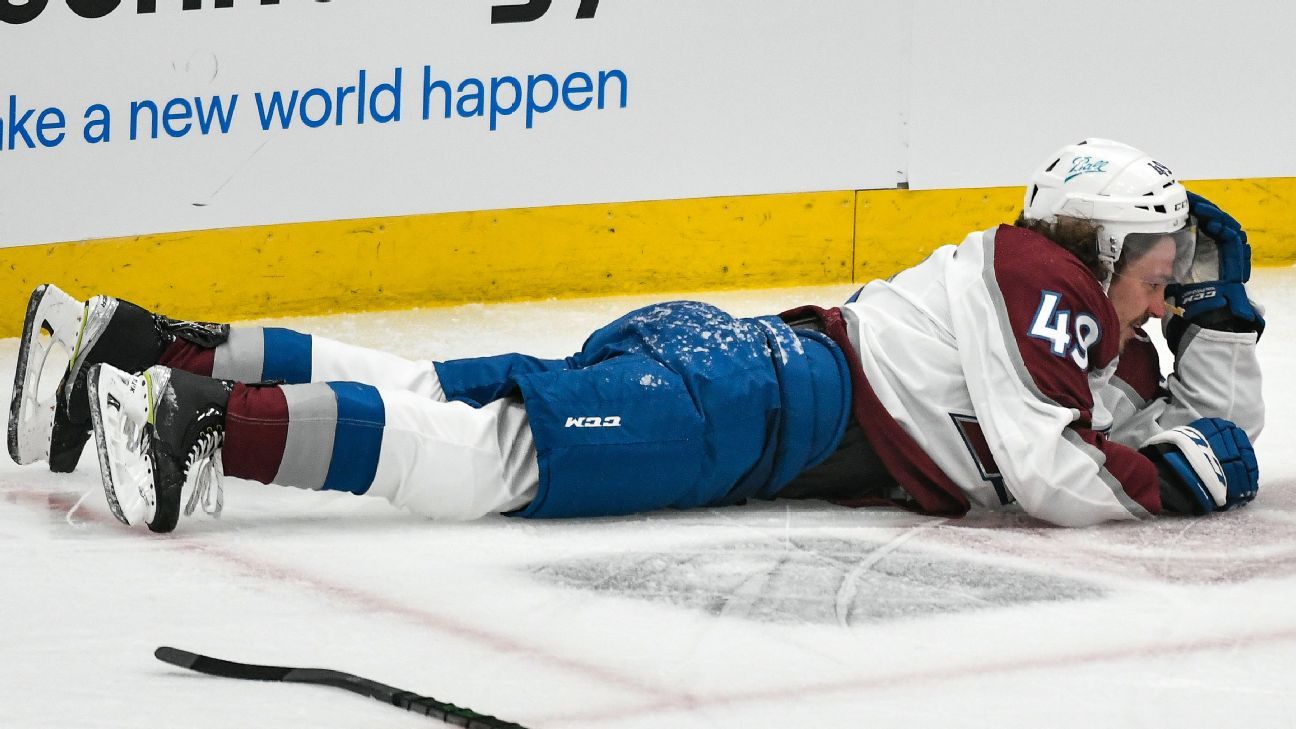 Girard, who occupies major minutes on Colorado’s No. 2 defensive pairing, suffered what the team initially labeled an upper-body injury 1:49 into the first period of Game 3, a 5-2 victory over the St. Louis Blues.

Girard was checked by Blues forward Ivan Barbashev behind the Avalanche net and fell to the ice near the boards. Girard was taken to an area hospital for further evaluation and was on the mind of his coach when he addressed reporters following the contest.

“I didn’t love it seeing it live,” Bednar said after the win, which gave Colorado a 2-1 series lead. “He catches him in a bad spot, but I thought it was a legal check, to be honest with you.”

The Avalanche played the rest of the game with five defenseman, and Bednar’s top unit took a larger piece of the ice time, as a result. Cale Makar finished with 34 shifts and 28:49 time on the ice, and Devon Toews ended with 38 and 30:56.

Colorado eventually broke open a tight game with two late goals in the third period — from Artturi Lehkonen and Gabriel Landeskog — and Darcy Kuemper stopped 29 shots, setting up a chance for the Avalanche to take a 3-1 lead on Monday night.

“I thought we were highly competitive tonight in all areas of our game,” Bednar said.

While Makar and Toews get a majority of the acclaim on the Colorado back line, Girard will certainly be missed. The 24-year-old former second-round pick had five goals and 28 points for the Avalanche this season, and Girard was averaging 20:49 time on the ice in the postseason to go along with three points.