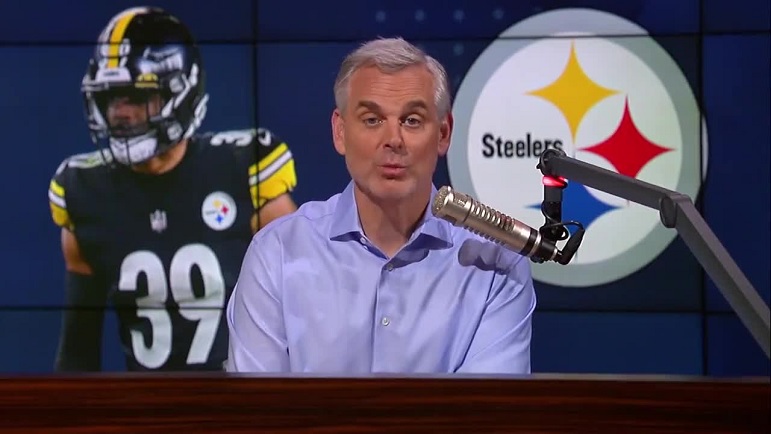 Most have praised the Pittsburgh Steelers for locking up Minkah Fitzpatrick to a four-year extension, making him the highest paid safety in football and keeping him in Pittsburgh for the long haul.

On his show Thursday, Cowherd went all-in against the Steelers making the move, questioning if the team’s standard has slipped and if their philosophy is in the wrong.

“They have a great history,” he said. “But almost none of it in the last 12 years. Their biggest rivals in the AFC all have better quarterbacks than they do. They have a defensive coach in clearly an offensive league. After the Minkah Fitzpatrick signing, the Steelers now have the most expensive defense in the NFL. #1. And the least money invested in offence, #32. That ain’t great in 2022.”

The front half of that argument is fair and accurate. Pittsburgh hasn’t been to a Super Bowl in over a decade and haven’t won one since 2008. More troubling, they’ve gone six straight years without a playoff win, their longest drought since 1966-1971, the beginning of the Chuck Noll era and lead-up to the Immaculate Reception. Pittsburgh isn’t poised as a heavy playoff contender this year, meaning that streak may get extended. The AFC is full of elite and top-tier quarterbacks while the Steelers have one of the few QB competitions in the league. So point taken there.

But the rest of it falls flat. Cowherd is quoting Warren Sharp’s Wednesday tweet pointing out how the Steelers have divvied up their spending.

And those numbers are accurate. They’re also terribly misleading. Pittsburgh hasn’t spent much money offensively but they boast one of the youngest offenses in football. Their draft capital into that side of the ball has been heavy, among the most in football. Over the last two years, they’ve made six picks on Days 1 and 2 of the draft, rounds one through three. Five of those have come on the offensive side of the ball: Najee Harris, Pat Freiermuth, Kendrick Green, Kenny Pickett, and George Pickens. DL DeMarvin Leal is the only exception. Last year, the team went offended with their first four picks for the first time since 1984.

So the investment into the position has substantial been. Because those guys are all on rookie deals, their costs are naturally low thanks to CBA changes that curtail the amount of money rookies can make. And because Pittsburgh used to draft so defense-heavy, those guys – Cam Heyward, TJ Watt, Minkah Fitzpatrick – are now due to be paid. It’ll be the same with the offensive guys in a couple years; heck, Diontae Johnson could be a month away from joining the $20 million-receiver club. Cowherd is missing the context here.

“I’d scale back on the big raises for the defensive guys not named TJ Watt. Again, what is the standard?”

He did go on to make one salient point about the Steelers.

“The standard in Pittsburgh used to be winning Super Bowls. You know what they brag about now? Mike Tomlin’s never had a losing season. That’s not negative but that’s something like the Browns would be happy about.”

That’s a point worth getting onboard with. And one I’ve talked about repeatedly, annoyed by how much that stat is touted in Pittsburgh. It was the subject of one of my earliest Terrible Takes, aired last winter. Here’s what I said at the time.

“Goal 8-8 isn’t the standard the Pittsburgh Steelers hold themselves to. They don’t waive banners for going .500. No trophy cases that say hey, they were at least average. This is the Steelers. One of the most successful teams of the last 50 years with six Lombardis to prove it. That’s the standard. Win the North, make the playoffs, compete for a Super Bowl. A goal Pittsburgh and Tomlin have obviously fallen short of time and time again.”

And one that remains true following the 2021 season. A fair critique of Tomlin and the Steelers, somewhat getting to the right answer through the wrong method. Where Cowherd is wrong is paying Minkah Fitzpatrick puts you closer to winning, not further. How the Steelers draft and develop their offensive investments will determine if they get back to seriously competing for a Lombardi.

Uh, oh, yinz buddy is getting after it again: #Steelers pic.twitter.com/74fUdUWpUj