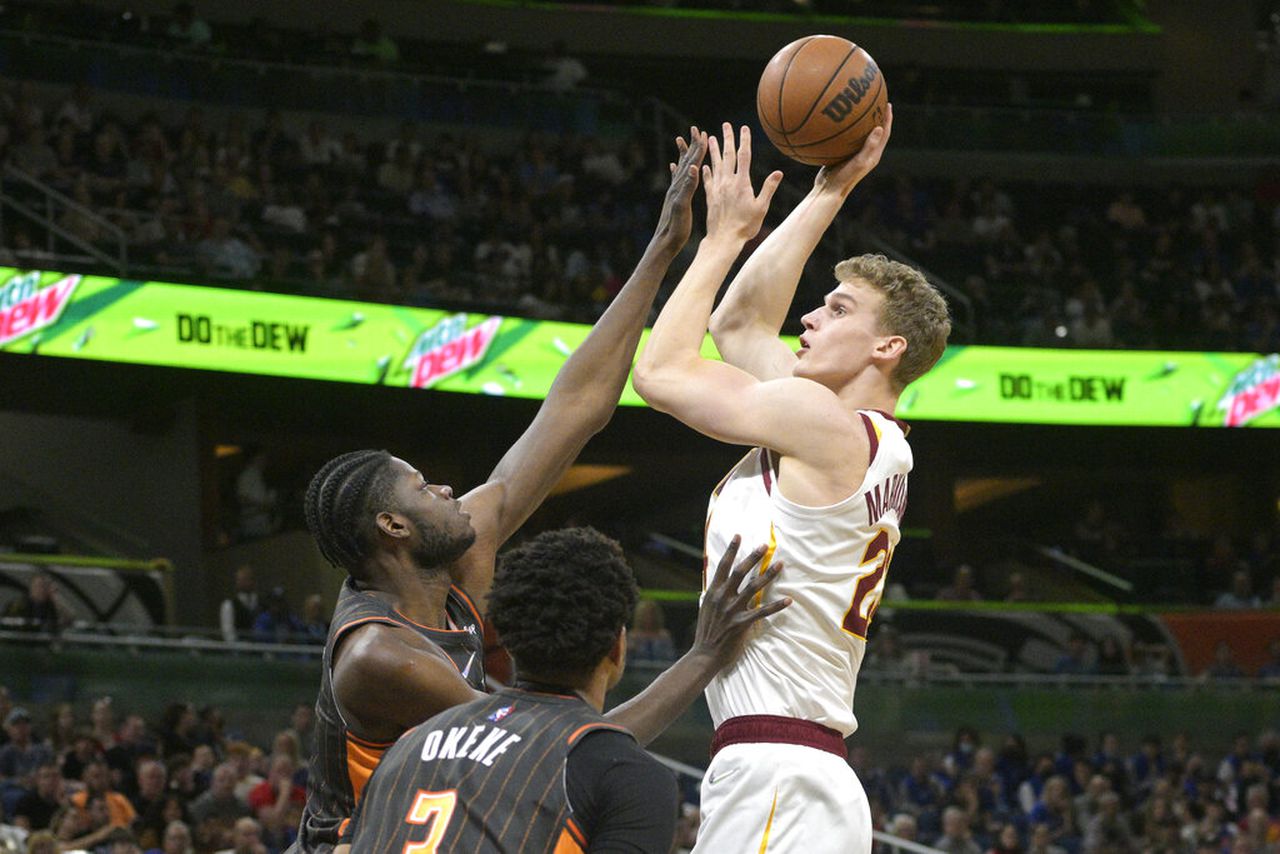 Given what was at stake, with so few games remaining in the regular season, clinging to hope for a late-season miracle to make the top 6, the Cavs suffered their most disappointing loss of the season to the flailing Magic, 120-115. Orlando entered the night having lost six straight games. Cleveland’s play-in tournament role was sealed after Toronto beat Atlanta.

“There is no dominating in this league,” Cavs coach JB Bickerstaff said following the loss. “It’s every single night, the stakes are on the line and the bare minimum that we ask of our guys is to outwork the man in front of them. Tonight time and time again they outworked us. They outcompete us. Give them credit. But it’s disappointing that was the effort we laid tonight.”

The Cavs started hot, outscoring the Magic, 14-3, in the opening minutes. But they couldn’t sustain it.

In a game that featured 13 lead changes and six ties, Orlando led by five entering the fourth quarter. It pushed that advantage to a game-high 10 with less than seven minutes remaining. After the Cavs battled back, the lead increased to 10 ounce more at the four-minute mark. But Cleveland made one final push, led by their All-Star point guard Darius Garland.

The team leader, who has spoken about raising his level of play this time of year, ignited an 11-4 run. Lauri Markkanen had an open above-the-break 3-pointer that would’ve tied the game with around 48 seconds left. Only Markkanen missed and Ignas Brazdeikis, playing in place of injured Franz Wagner who left the game after just nine minutes, gave Orlando a five-point lead on a putback.

Garland scored or assisted on Cleveland’s first six made shots and nine of the first 10 in the fourth quarter. He accounted for 22 of the 29 points in the fourth, trying to save the Cavs from a crushing loss.

Instead, the Magic sealed the win at the free-throw line, hitting three of four in the final 10 seconds.

“This Magic team, they don’t quit, ever,” Bickerstaff said. “You watch the film on them, no matter the circumstances, they’re competing their tails off and they’re playing the game together no matter what the score is. So we knew they were going to have their shot. How we handled it, what we sustained, how we did what we were doing to be successful, it just wasn’t there. It’s something that we clearly have to learn. We keep hoping to flip a switch. But every time we try to flip a switch it bites us in the butt.”

Garland finished with a game-high 27 points, including 13 in the fourth. He added 10 assists and six rebounds. Markkanen added 25, going 6-of-12 from 3-point range. Kevin Love chipped in with 17 points and 13 rebounds. Center Moses Brown recorded a double-double as well, his third in the last four games. Brown had 10 points and 12 boards.

The Magic, who failed to hit the 90-point mark in the previous two games, shredded Cleveland’s feeble defense throughout. They shot 50.5% from the field and 45.7% from beyond the arc, hitting 16 3s.

“That was not us. That was not Cavaliers basketball,” Markkanen said. “We can’t wait until the fourth quarter to try to make a comeback or whatever. I felt the last five minutes, the intensity we played with on defense, was kind of where it needs to be the whole 48 minutes. Disappointing loss obviously. Most importantly, because we didn’t play to our standards that we have on defense and offense. Obviously, was a big game for us.

“You can tell in the locker room everybody feels the same way, everybody knows we should have won the game and we have a lot more to play for than they have as of now.”

Orlando center Mo Bamba, who started 5-of-5 from deep, had a team-high 21 points. Brazdeikis finished with 20. In all, eight players reached double figures, including five members of Orlando’s bench. The Magic reserves outscored Cleveland’s, 66-37.

The Cavs, losers of seven of their last nine, have been locked into at least the play-in tournament for weeks — a battle between Nos. 7-10 starting on April 12. But Tuesday’s baffling loss, combined with a late-season slump, assured that’s their only route to the playoffs.

“There’s 82 games in a season and it’s gonna happen,” Bickerstaff said when asked about his concern level. “We just picked the wrong time for it to happen.”

The Cavs will have a few days off in Orlando before heading to Brooklyn for the final road game of the season against the Nets on Friday night. Tipoff is set for 7:30 pm

Get the latest Cavs merchandise: Here’s where you can order Cleveland Cavaliers gear online, including jerseys, shirts, hats, 2016 NBA Champions products and much more.

DRAFTKINGS Sportsbook promo: Get a $1,000 deposit match bonus, and a $50 free bet

If you or a loved one has questions or needs to talk to a professional about gambling, call 1-800-GAMBLER or visit 1800gambler.net for more information.

Bickerstaff fined $15,000 for criticism of officiating