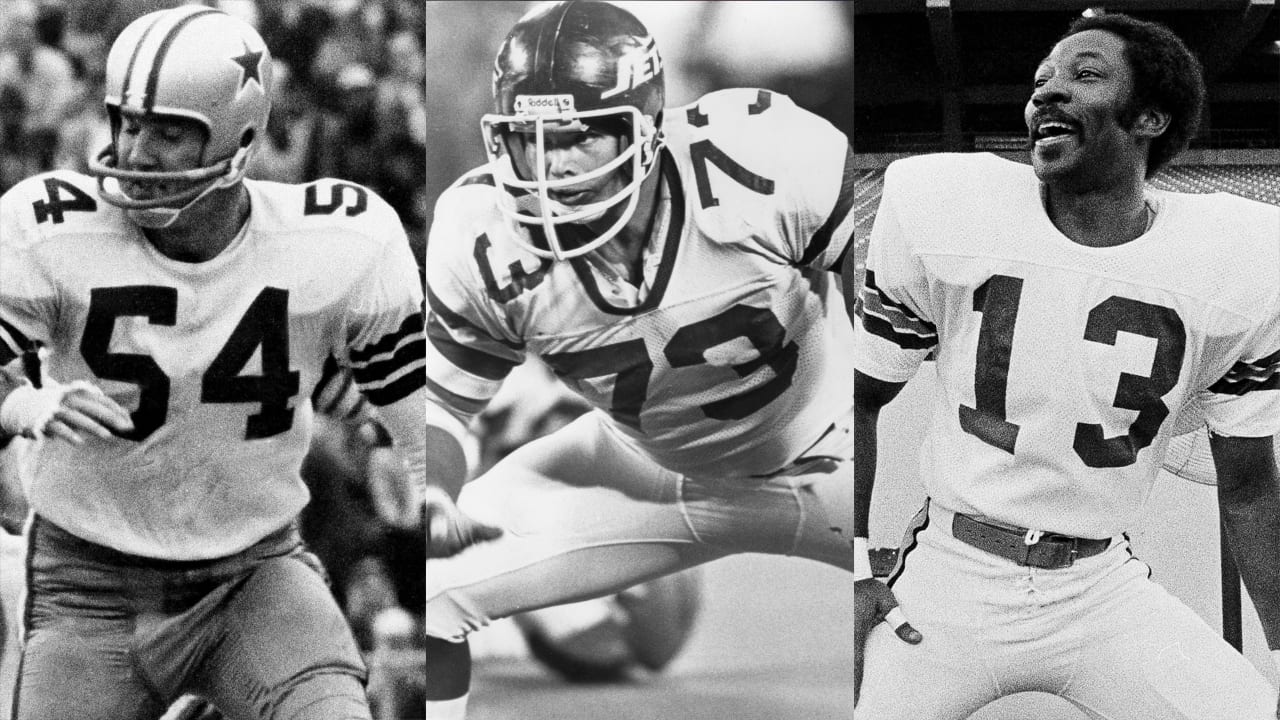 The Pro Football Hall of Fame announced on Wednesday that linebacker Chuck Howley, defensive lineman Joe Klecko and defensive back Ken Riley are the three senior finalists for the Class of 2023.

“I’d like to thank the Seniors Committee for the extensive research each member put into preparing for the selection meeting. The Selectors talked about 12 individuals — several never discussed in a forum like this before — and every candidate’s resume was presented in great detail,” said Jim Porter, president of the Hall. “Expanding the conversation with additional Selectors participating in the process produced three worthy Finalists now on the doorstep of election to the Pro Football Hall of Fame.”

After beginning his career with the Chicago Bears, Howley starred for the Dallas Cowboys from 1961 to 1973. Howley was the MVP of Super Bowl V — the Cowboys’ first title game appearance — and he earned five consecutive first-team All-Pro honors more than six Pro Bowl selections.

Klecko was a dominant interior presence for the New York Jets from 1977 to 1988. His since-adjusted 20.5 sacks total in the 1981 season led the league and led to his first of two first-team All-Pro selections. Klecko also made four Pro Bowls during his time with the Jets and finished his career with an unofficial sack total of 78. (sacks did not become an official NFL statistic until 1982.)

Riley spent his entire 15-season career with the Cincinnati Bengals and was known for his outstanding ball-hawking skills in the secondary. Despite only making one All-Pro team (1983), Riley logged 65 career interceptions, which is fifth-most in NFL history.