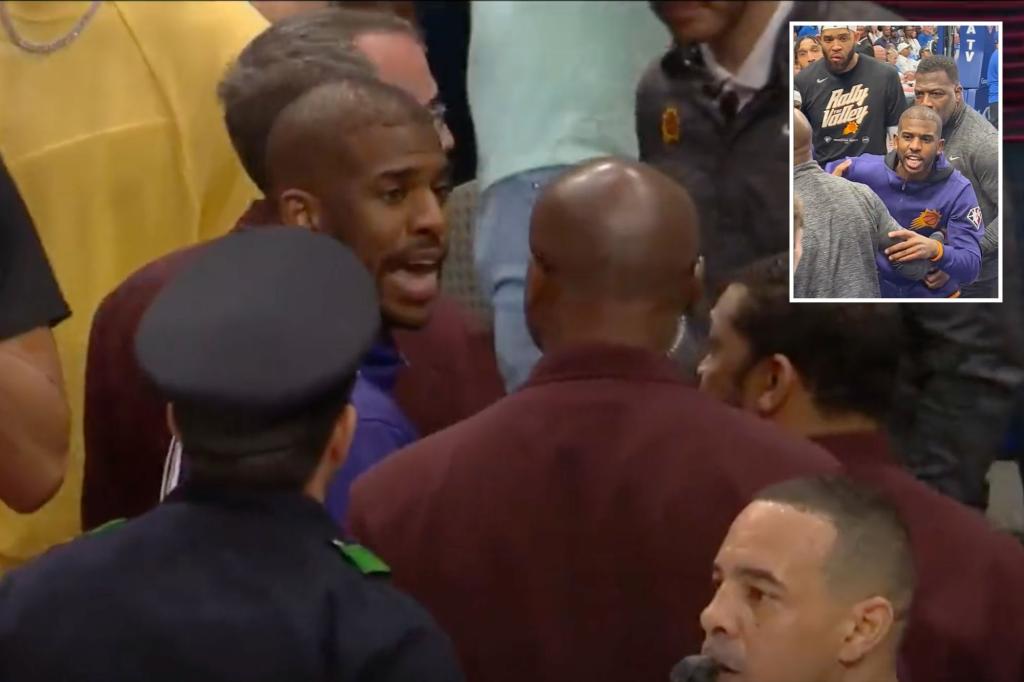 Chris Paul was left irate after a fan allegedly got physical with his mom and wife in the stands on Sunday in Dallas with the Suns falling to the Mavericks in Game 4 of their NBA playoff series.

“Wanna fine players for saying stuff to the fans but the fans can put they hands on our families….f–k that!!,” Paul tweeted after Phoenix’s 111-101 loss to Dallas at American Airlines Center.

Paul’s mother, Robin, had hands put on her by fans and Paul’s wife, Jada, was pushed, according to ESPN. The outlet also reported that Paul’s kids witnessed the alleged incident and they “felt very unsafe.” The 37-year-old point guard was shown on video talking to security guards about his mom after the game.

“The Dallas Mavericks are aware of an incident between a fan and the family of Chris Paul,” the Mavericks said in a statement. “It was unacceptable behavior and will not be tolerated. The Mavericks, along with American Airlines Center, swiftly removed the fan from today’s game.”

There is also video of a young fan and what appears to be his family being removed from the arena with Paul yelling angrily at him, though it is not known if this is the fan who allegedly got physical with Paul’s family.

Paul had five points, seven assists and crowded out in the loss.