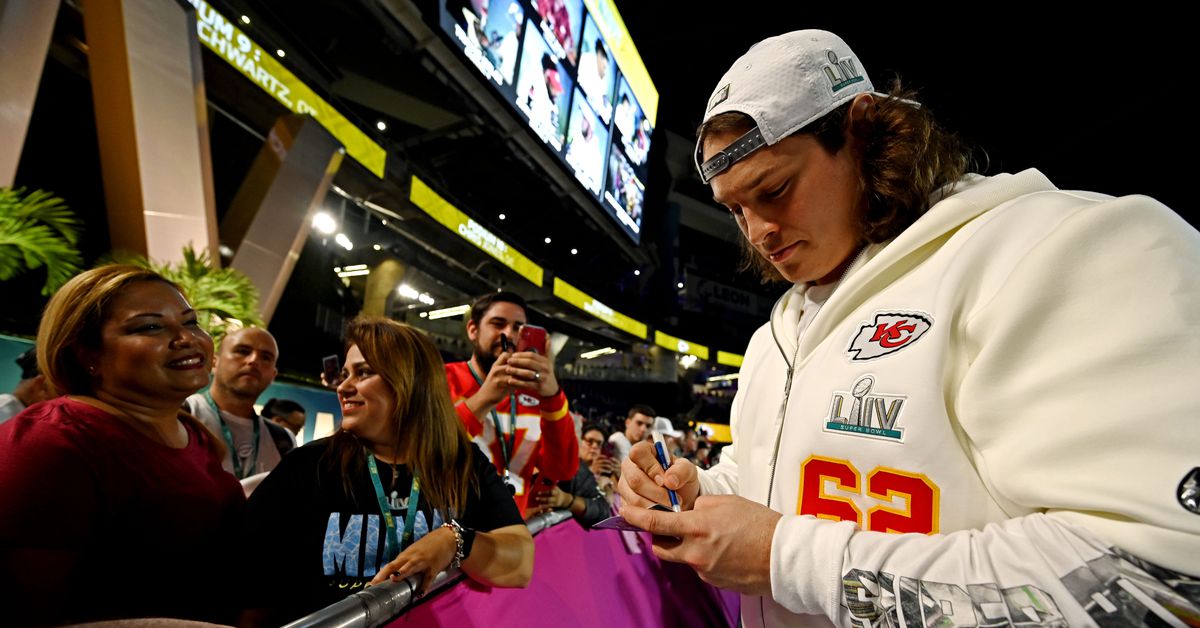 The Kansas City Chiefs have completed seven transactions following the conclusion of rookie minicamp, according to the league’s official transactions report.

The Chiefs brought back both center Austin Reiter and wide receiver Gary Jennings, who were waived on May 5 to make room for undrafted free agents ahead of rookie minicamp.

Reiter spent three seasons with the team from 2018 through 2020, starting in 32 of the 42 games in which he appeared — including two Super Bowls. Now back with the club for the offseason, Reiter projects to be a backup option behind second-year center Creed Humphrey. Jennings has bounced around the league after entering as a fourth-round pick made by the Seattle Seahawks in 2019.

The 6-foot-4, 300-pound Glaser joins the Chiefs after making a good impression during his tryout over the weekend. Glaser started 12 games at guard for the Virginia Cavaliers during the 2021 season, and his college football career includes experience at both guard positions.

“I told them their effort was unbelievable,” said Reid. “First day, we were flopping around a little bit. Second day they bore down and did a nice job of learning. We added some new plays yesterday and then today they were smooth, so we did a little bit of red zone today. What a great job they did just coming in and the effort, the learning. It’s like learning French overnight, one of those deals.

“You’ve gotta giddy-up and go and spend the time doing it. There is no easy way around it, but you can see that they did that. I was proud of how they handled themselves.”

The Chiefs moved on from Gordon, who spent the offseason with the club in 2021. The Chiefs were unlikely to keep five quarterbacks on the roster entering the offseason — and that means they must have liked what they saw in Kent State undrafted free-agent Dustin Raw.