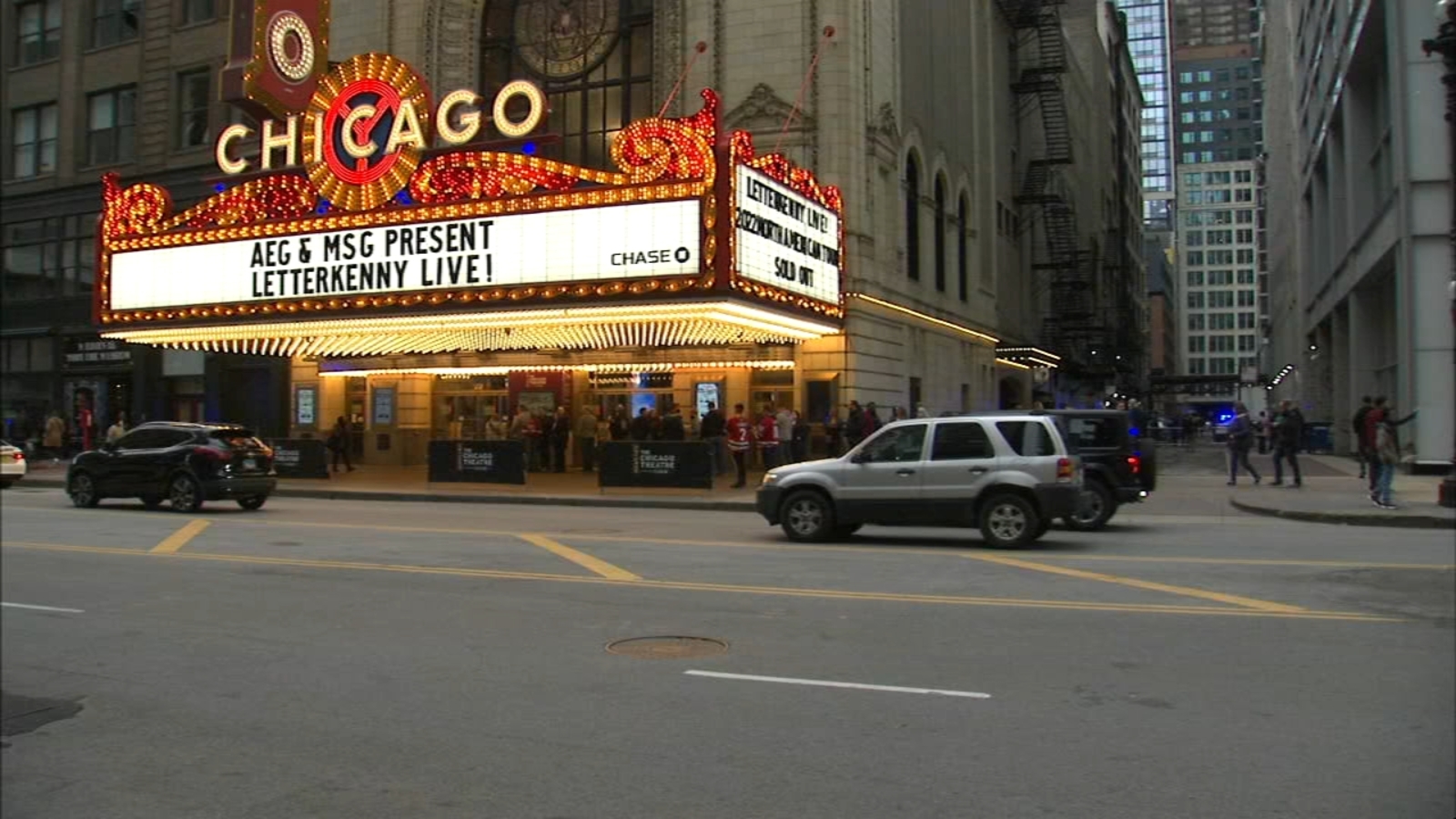 CHICAGO — At least 32 people have been shot, eight fatally, in weekend violence across Chicago, police said.

“We just heard one gunshot go off and we weren’t sure it was a shot at first and then a second after that, you heard like four more,” witness Mike said.

“We saw from the window that someone ran out,” witness Sarah Rooney said. “He was holding his hand. There was blood everywhere. There was a girl on the phone.”

The Sunday night performance of Moulin Rouge was abruptly canceled. The production company said it was because of a disturbance in the Loop.

That shooting comes after a woman was shot in River North early Saturday morning. Tashawna Anderson was shot and killed while trying to help a friend.

The Chicago Police Department issued a statement saying, “The Chicago Police Department will not tolerate violence anywhere in this city, including in our downtown area. In light of the shooting that took place in the Theater District, additional resources will be deployed to supplement the 1st District’s regularly assigned patrols. We will continue to monitor the area and work closely with the Cook County Sheriff’s Police to enhance safety in our Theater District.:

A person was found shot to death early Sunday morning inside a Streeterville business, according to Chicago police. The male victim, whose age wasn’t immediately known, was found unresponsive with gunshot wounds throughout his body in the 200-block of East Walton Place about 5:00 am, police said. He was taken to Northwestern Memorial Hospital, where he was pronounced dead, police said. Circumstances surrounding the incident were under investigation. No one was in custody.

One person was taken into custody after a man was shot to death while trying to commit a robbery Saturday afternoon in Calumet Heights on the South Side.

Two men were walking back to their vehicle from a store about 3:45 pm in the 1500-block of East 95th Street when they began talking with the 32-year-old, Chicago police said.

The pair then entered their Volkswagen SUV and the man got into the backseat, struck one of them with a handgun and demanded their belongings, police said.

One of the men then pulled out their own gun and shot the would-be robber, striking him in the forehead, left leg and chest, police said.

He was transported to the University of Chicago Medical Center where he was later pronounced dead. He was identified as Xavier Johnson by the Cook County medical examiner’s office.

About 30 minutes later, Kier Carmichael-Smith was in the parking lot in the 1300-block of East 47th Street when a light-colored vehicle pulled up and someone inside opened fire, Chicago police and the medical examiner’s office said.

The 27-year-old suffered multiple gunshot wounds and fled into a restaurant, police said. He was then transported to the University of Chicago where he was later pronounced dead, police said.

Two women were shot – one fatally – after an argument early Saturday morning in Near North.

The women, 31 and 26, were arguing with the gunman about 1 am on the sidewalk in the 300-block of North State Street about when he shot them both, police said.

The younger woman was shot in the chest and taken to Northwestern Memorial Hospital, where she was pronounced dead, police said. Her name hasn’t been released yet.

The older woman was shot in the left thigh and taken to the same hospital in good condition, officials said.

Hours later, two men were shot, one fatally, in Albany Park on the Northwest Side.

About 6:05 am, officers found two men, about 30-years-old and the other 56-years-old, with gunshot wounds in the 3400 block of West Sunnyside Avenue, police said.

Later that day, a woman was fatally shot Saturday night in Rosemoor on the Far South Side.

She was taken to the University of Chicago, where she was pronounced dead, police said. Her name hasn’t been released yet.

A person was found shot to death early Sunday morning inside a Gold Coast business on the Near North Side, according to police.

The male, whose age wasn’t immediately known, was found unresponsive with gunshot wounds throughout his body in the 200 block of East Walton Place about 5 am, police said.

He was taken to Northwestern, where he was pronounced dead, police said.

A 69-year-old man was shot to death Friday evening in Austin on the West Side.

The man was in a home about 5:45 pm in the 300-block of South Kilpatrick Avenue when a suspect pulled out a gun and fired shots, police said.

He was struck in the chest and was taken to Mount Sinai Hospital, where he was pronounced dead, police said. His name hasn’t been released.

Hours later, a man was found fatally shot in Douglas on the South Side.

About 10:15 pm, officers were responding to a Shot Spotter call in the 3400-block of South Indiana Avenue when they found a man with the multiple gunshot wounds, Chicago police said.

The man, 40, was shot in the chest, side and the hand, police said. He was pronounced dead at the scene. His name wasn’t released yet.

A 16-year-old boy was shot and critically injured Sunday morning in an Albany Park drive-by on the Northwest Side.

The teen was a passenger in a car about 2:20 am in the 4400-block of North Central Park Avenue when a dark SUV pulled up and someone inside opened fire, striking him in the left side of the face, police said.

He was taken to St. Francis Hospital, where he was listed in critical condition, officials said.

The dark SUV continued south after the shooting, officials said.

ABC7 Chicago contributed to this report.