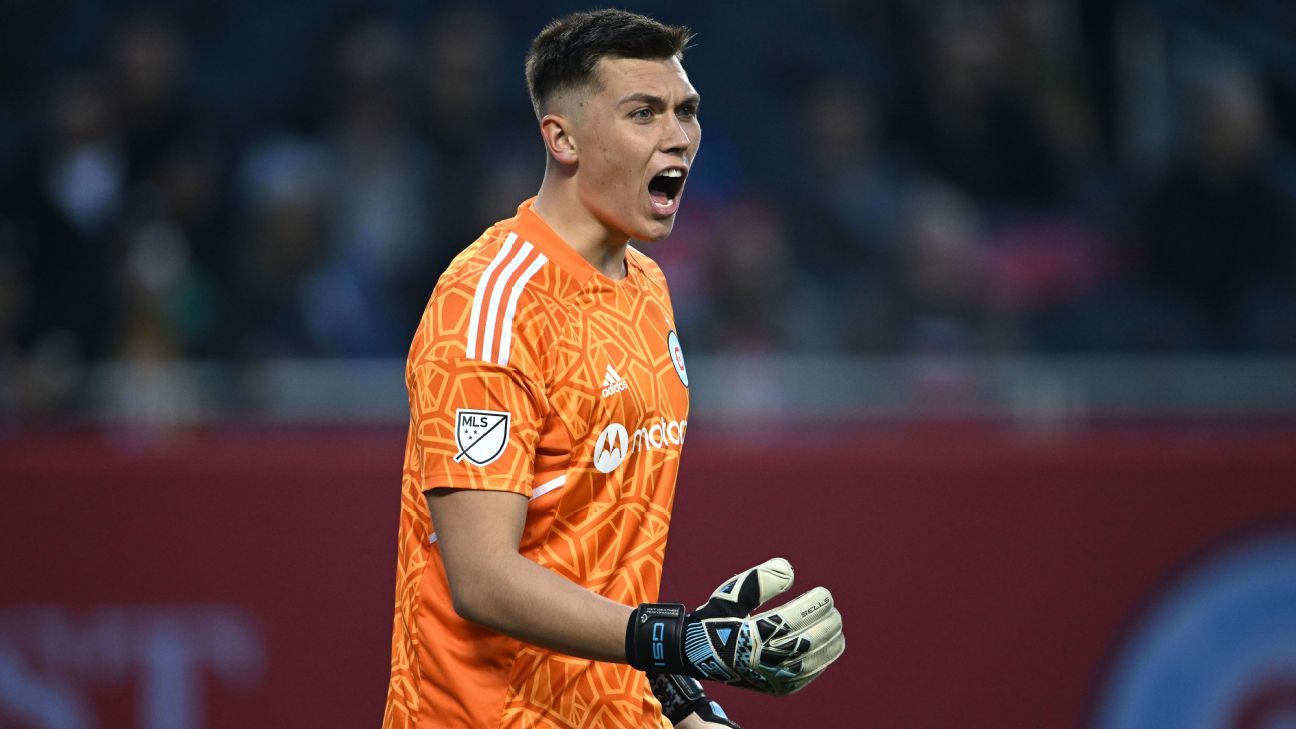 Chicago Fire FC goalkeeper Gabriel “Gaga” Slonina has pledged his international future to the US, the player announced on his social media on Friday.

Slonina, 18, had been seen himself dragged into a tug-of-war between the US, where he was born, and Poland the birth country of his parents. Slonina has already represented the US starting at U-15 level all the way to U-20. He has also been called into US camp twice in the past seven months, though has yet to be capped at senior level.

Poland manager Czeslaw Michniewicz presented Slonina with a Poland jersey on the day of the Fire’s recent US Open Cup match, and this week also called him up to be on the roster for UEFA Nations League matches that Poland has against Belgium, the Netherlands and Wales in Jun. But now Slonina has chosen to represent the US

The decision isn’t fully binding. FIFA rules allow players switch their international allegiances if they’ve played in fewer than four games — not including appearances in World Cup finals or continental finals — and all of this tournament occurred before the player turned 21. But Slonina seemed unequivocal in declaring his intentions to play for the US if the opportunity allows. While he said he was “very proud of my roots and heritage” he also said his “heart is American.”

“This country has given me and my family all the opportunities I could ask for. It’s pushed me and supported me through good and bad. I understand the privilege of wearing the badge, and the only time I’ll put my head down is to kiss it. America is home and that’s who I’m going to represent.”

Slonina was not included in the USMNT roster for June friendlies and Nations League matches announced Friday. And, although head coach Gregg Berhalter cited the player’s recent slip in form for Chicago, he expressed delight in Slonina’s long-term commitment.

“I just had a really open conversation with him, and that’s all we can really do,” Berhalter said in a media availability Friday. “I talked to him about where we see him.

“His response was great. He understands where he’s at. He’s going to work to get out of where he’s at. But he said he’s still committed to us and that’s all you can hear. You make relationships with players, you welcome players into the group, guys make them feel welcome. And you hope that’s enough that at the end of the day they decide. But in Gaga’s case, also his heart was telling him where to go and that’s a really important part of the equation.”

Slonina was signed by the Fire out of his academy back in 2019 when he was just 14 years old. He made his professional debut last August in a match against NYCFC, becoming the youngest starting goalkeeper in league history at 17 years, 81 days. He has since gone on to make 23 league appearances with nine clean sheets.