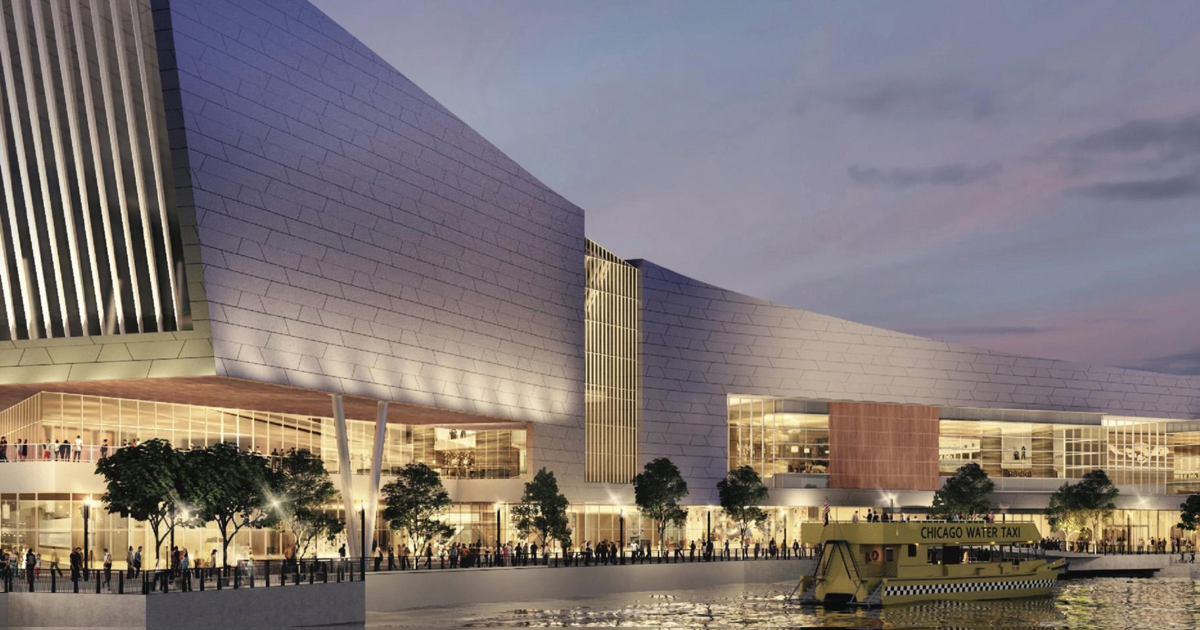 (This report received an immediate, unusual and strong reaction from Ald. Brendan Reilly, 42nd, the City Council pro tempore and an opponent of locating the casino next to his ward on the Tribune property. In an email to Crain’s, he says he now has “serious questions about the objectivity of this selection process.” See below for his full remarks.)

The two-for-one deal went to Bally’s, which offered separate bids to build the casino—one on truck marshalling yards west of McCormick Place and the other on Chicago Tribune printing plant property at Halsted Street and Chicago Avenue—but only paid the application fee ounce.

Another group which submitted two bids, Chicago casino mogul Neil Bluhm’s Rush Street Gaming, had to pay $300,000 for each of them. Those bids aimed to be housed in McCormick Place’s Lakeside Center (that bid was rejected) and at Related Midwest’s The 78 property south of the Loop.

The latter is on Mayor Lori Lightfoot’s final shortlist of three finalists, along with Hard Rock’s plan to build a gambling complex as part of the One Central development west of Solider Field. Hard Rock paid $300,000 for its single bid.

So why were the two double-bidders treated differently?

Lightfoot’s office is saying only that, while Bally’s ownership team would have been the same for each of its proposed locations, Bluhm teamed up with different groups at each location.

That’s true. At McCormick Place, Rush Street partnered with Farpoint Development, and at The 78 with Related.

However, neither Related nor Farpoint is a stranger to City Hall. Farpoint is the lead on developing the old Michael Reese Medical Center property. Related has several projects pending around town and extensive hearings were held before zoning was approved for The 78. Both firms have been extensively vetted by the city before they applied for the casino opportunity.

In turn, while Bally’s proposed the same ownership structure, there were considerable differences between its proposals.

The Lightfoot source said the city is using the $300,000 payments “to support the costs associated with evaluating the various proposals.”

One alderman termed it “disturbing” that the Lightfoot administration would require filing fees without notifying the City Council.

“Why was this all kept secret?” asked Ald. Brian Hopkins, 2nd, who opposes Bally’s proposal for the Tribune site near his ward. “We’re trying to build confidence in this process, so why couldn’t this be disclosed?”

The two-for-one deal is only the latest in a series of favors the city has appeared to do for Bally’s as Lightfoot nears her decision on which of the three finalists to select.

Earlier, the city let Bally’s, in low-key fashion, drop a clause in its contract with minority investors giving the company the unilateral right to buy out the minorities at a pre-determined price. And it has echoed Bally’s argument that Bluhm is conflicted by having another casino nearby, in Des Plaines.

Spokesmen for Bluhm have argued it would make no sense for him to invest more than $1 billion in a Chicago casino and then undermine that investment by pushing customers to go elsewhere.

Ald. Brendan Reilly, whose award abuts the Tribune printing plant site where Bally’s hopes to operate, had this to say in an email to Crain’s:

“The City Council was promised a fair, open and transparent process to select a winning bidder for Chicago’s casino.

“Essentially, we were promised each of the bidders would be given equal consideration on a level playing field.

“That said, the administration has recently engaged in some serious gymnastics to the exclusive benefit of one finalist: Bally’s.

“Waiving application fees that other competitors had to pay? Allowing the buy-out of minority participants after the bid was submitted? Rejecting one bid for being too close to Indiana casinos, while accepting Bally’s as a finalist, despite being equidistant to Rivers Casino?

“And it doesn’t seem like a level playing field to me. It suggests there has been some preferential treatment afforded to one of the casino bidders, to the detriment of other potential bidders.

“It raises serious questions about the objectivity of this selection process and just how deliberative this process was intended to be, because it sure doesn’t feel terribly transparent, objective or deliberative to me.”

Although Reilly and Hopkins had their say earlier today, the Bally’s casino would be located in Ald. Walter Burnett’s 27th ward. He said today he’s not opposed to the casino—he’d just “rather not have to deal with it if I didn’t have to.”

Burnett said today he’s “trying to be objective” about the proposal in light of the “fiscal challenges” the city is facing.

Revenue from casino taxes is meant to shore up the city’s underfunded police and fire pensions. “I’m not saying no to it, I’m just saying if I had a choice I would rather not have to deal with it. . . .The headache, the drama,” he said. “If it’s not chosen in my ward, fine, if it’s chosen somewhere else, fine, but I know I’m going to have to vote on something to deal with the fiscal challenges.”