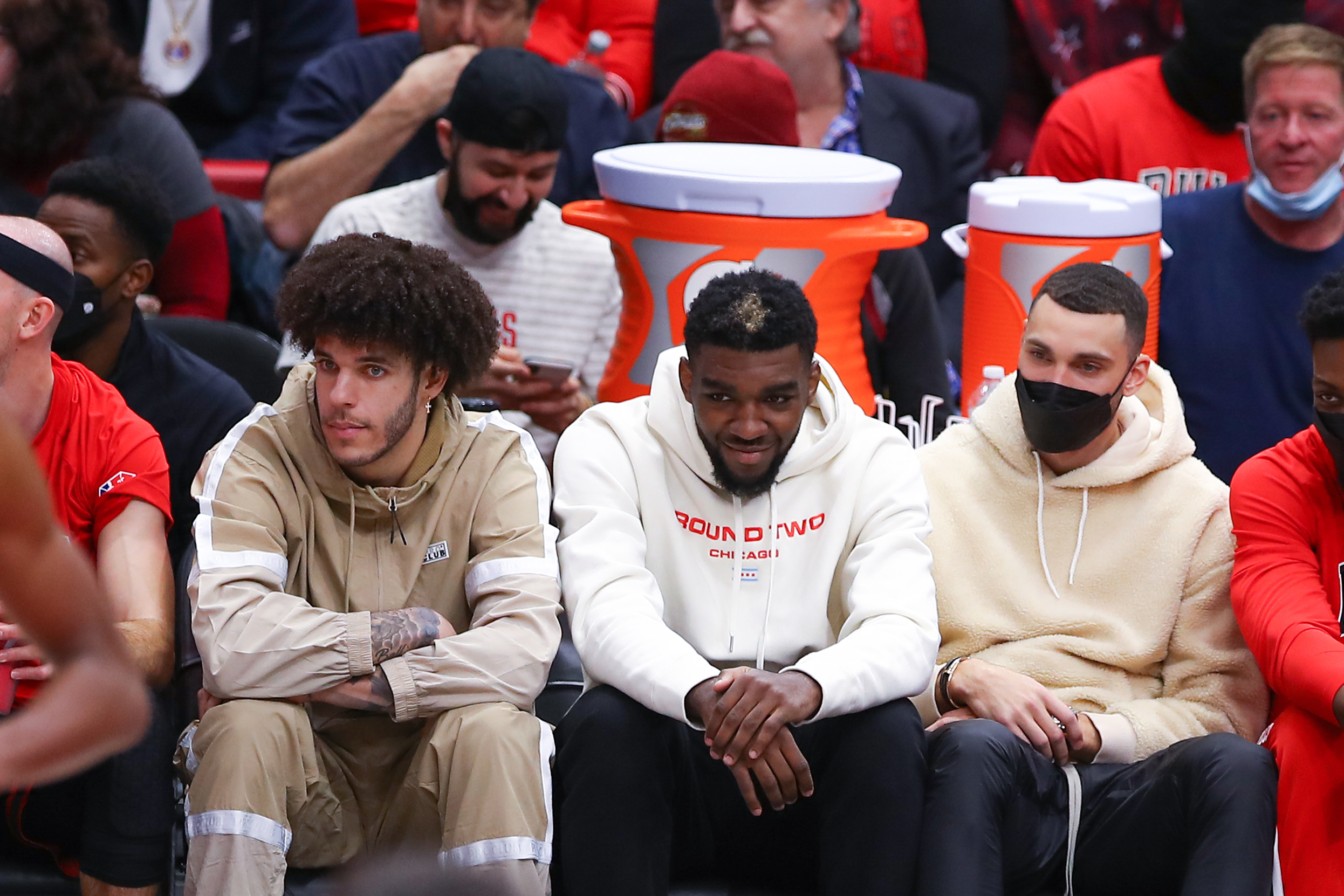 The Chicago Bulls’ last hopes of Lonzo Ball being a part of their first postseason run in five years officially came to a close Tuesday.

The Bulls, once the feel-good surprise of the season until injuries and defensive slippage derailed things, are not getting their starting point guard back from the left knee surgery he underwent in January.

It hasn’t been hard to see this coming since the initial six-to-eight-week timeline came and went, with Ball’s recovery not going as planned. On Tuesday, before the Bulls’ 127-106 loss to the Milwaukee Bucks, head coach Billy Donovan all but threw in the towel, telling reporters that Ball was continuing to experience setbacks with his knee as both ESPN’s Adrian Wojnarowski and The Athletic’s Shams Charania reported that he would be shut down for the rest of the year.

The Bulls clinched a spot in the top six of the playoffs, avoiding the play-in, thanks to Cleveland losing to Orlando. But backdooring their way into that good news isn’t enough to balance out the greater disappointment of how the second half of the year has played out.

Ball has long been one of the NBA’s most unique guards, and he appeared to have found a perfect fit in Chicago. His playmaking in transition was an ideal complement to Zach LaVine, and he contributed greatly to a defense that was surprisingly in the top 10 through mid-January. Playing alongside LaVine and DeMar DeRozan lessened his offensive responsibilities, allowing him to play the three-and-D role he had grown into over his first four years in the league. They weren’t able to replace what he brought when he went down, and they won’t be able to replace him in the playoffs.

The Bulls’ title ambitions were already on life support before the Ball news came down. It was hard to be optimistic about how they’d match up with any of their potential first-round opponents, not when they’ve gone 1-11 against the top four teams in the East this season. As great as DeRozan has been in his first year in Chicago, as deserving as he will be of the All-NBA selection he’s sure to get, the Bulls wouldn’t have the best player in any series against Miami, Milwaukee, Boston or Philadelphia .

Maybe that should have been obvious the whole time, but the good vibes of their start had a way of clouding what now looks like clear reality.

The last two months have unfortunately overshadowed the first half of the season, when the Bulls were at the top of the East and DeRozan was getting MVP buzz. But it was almost like they used up their entire allotment of goodwill for the season out of the gate. The new front-office regime of vice president of basketball operations Arturas Karnisovas and general manager Marc Eversley radically remade the roster over the summer with big free-agent spending, as much to send a message that Chicago was once again a destination as anything else.

The idea of ​​one of the league’s historical marquee franchises being relevant again after a decade of mediocrity was too good a story to pass up, and when the winning matched the hype, it was hard not to get caught up in it.

Then, the injuries started to pile up. Second-year forward Patrick Williams, the No. 4 overall pick in the 2020 draft, suffered a wrist injury in October and missed most of the season, only returning in March. Around the same time Ball went down, they lost Alex Caruso, arguably their most important defensive player, to a wrist injury. And LaVine’s outstanding season, which earned him a second straight All-Star selection, has been dampened by recent concerns about his knee that may have to be addressed with surgery in the same summer the Bulls are almost certain to offer him a five-year deal worth over $200 million.

It’s funny how the ebbs and flows of an NBA season shape the way a team is perceived. Ask any Bulls fan at the beginning of 2021-22 how they’d feel, after living through the Jim Boylen era and a solid decade of front-office mismanagement, about a win total in the mid-to-high 40s, two All- Stars, an out-of-nowhere second-round success story in hometown kid Ayo Dosunmu and a return to both the playoffs and league-wide respectability, and they’d all sign up for it.

The slow, drawn-out comedown from the way the season started becomes a lot harder to justify feeling good about, even if the end result could be a lot worse.

The future beyond what looks like a surefire first-round exit is a lot cloudier. As good as these Bulls were at their best in November and December, Karnisovas and Eversley surely have seen enough to know that this core doesn’t have enough to compete long-term with the likes of Milwaukee, Philadelphia and Brooklyn. They weren’t afraid to be aggressive last summer in overhauling the roster, but they already cashed in a lot of chips to do it. Do they have another big offseason in them?

The news that Ball’s season is over only makes official that a Bulls team that started the year as one of the league’s best stories will end as one of its biggest disappointments.