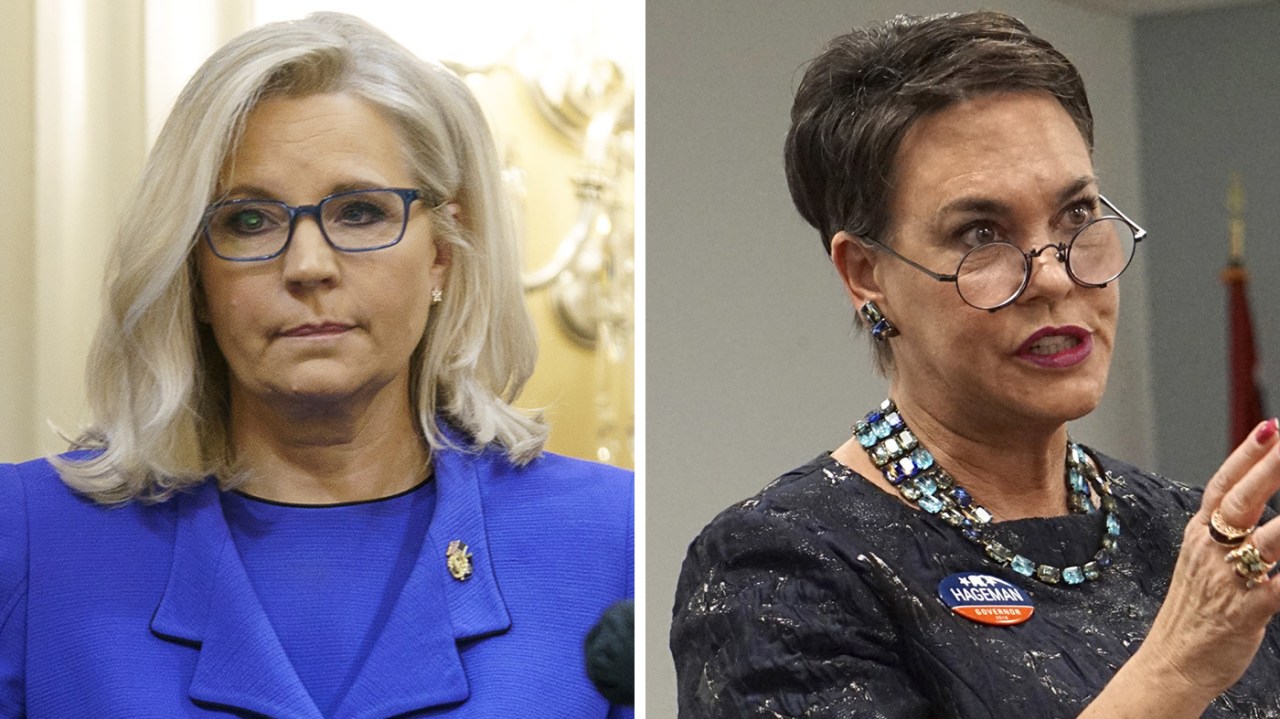 Rep. Liz Cheney (R-Wyo.) is heading into her Tuesday primary against a Trump-backed opponent seemingly undaunted, even as the odds are increasingly tipped in her rival’s favor.

The Wyoming congresswoman has emerged as the most prominent GOP critic of former President Trump, having voted to impeach him and taken part in the House committee investigating his role in the Jan. 6, 2021, attack on the Capitol.

Trump and his allies have made it a priority to oust Cheney over the past year, throwing their support behind attorney Harriet Hageman (R). And while recent polls have shown Hageman leading by a wide margin, Cheney has made it clear she’s not going down without a fight, even as some Republicans acknowledge her views and political approach have placed her in a difficult position.

“I do think it’s debatable whether she should have gone out and blown herself up this way, because it’s obviously going to cost her her seat and her platform, but she chose a different path. And I think everybody’s got to make their own decisions in life,” said Scott Jennings, a GOP strategist and ex-special assistant to form President George W. Bush who said he “reveres” the Cheneys.

Cheney was among 10 House Republicans who voted to impeach Trump following the Capitol riot, and since Jan. 6 she has emerged as the face of a small group of Republicans on Capitol Hill who continues to push back against their party. Just months after the Capitol attack took place, she said she regretted her decision to vote for the former president in 2020 and vowed to keep him from making another return to the White House.

“I will do everything I can to ensure that the former president never again gets anywhere near the Oval Office,” Cheney told reporters in May 2021, following a vote by House Republicans to remove her from her leadership post.

But out of those 10 House Republicans who voted to impeach Trump, only two are seeking re-election after having advanced in their primaries, while seven others have opted not to run again or have lost their bids.

Some Republicans say that while they respect Cheney’s determination to adhere to her conscience, they question her approach.

“I’m a big believer in that people should stick to their guns and do what they feel is right for the country,” one strategist said. “So on the one hand, I really appreciate, you know, whether I agree or disagree with her approach on it, I appreciate and respect people that are willing to do that, because, frankly, they’re far and few between in Washington .”

“That being said, I also think there’s a way to do that without poking your finger in the eye of a president or a former president or the party as a whole,” the strategist added.

Cheney, the daughter of former Vice President Dick Cheney, has also maintained a conservative track record. The Club for Growth gave her a legislator scorecard in 2021 of 92 (she has a lifetime score of 69), while Heritage Action for America gave her a score for the 2021-2022 session of 78 percent.

A Hageman adviser said that the campaign felt good going into the primary, arguing that Hageman has been meeting regularly with Wyomingites while Cheney has not. The adviser asserted Cheney was “more focused on her own agenda than the agenda of the Wyoming people.”

But Hageman and Cheney have overlapped in the past. The New York Times reported last year, for example, that during the 2016 presidential cycle, Hageman once referred to Trump as “racist and xenophobic” and also “the weakest candidate.” She made the comments as she pushed to allow delegates to vote for the candidate they wanted, not by how their state voted, in an effort to prevent Trump from getting the party’s nomination, according to CNN.

“By not having a closed primary, we have Democrats that often pick the candidates. They either pick the weakest candidate, or they pick the most moderate or more liberal candidate in many, many, many of our races,” Hageman said during a 2016 Republican National Committee rules meeting, according to CNN.

The Hageman adviser pushed back against the framing of the Times story.

“What Harriet believed [at the] 2016 convention, believes today, is that we need a closed primary system … in the Republican Party, and the argument that she was making to that reporter who has taken her words out of context is that Democrats will flood our primaries to produce the most — the weakest candidate, right? That was the context that is lacking to that quote,” the adviser said.

It’s that open primary system that may be Cheney’s best shot on Tuesday.

Still, polling for the primary in recent months has indicated that Cheney faces an uphill battle. A survey released by the University of Wyoming’s Wyoming Survey and Analysis Center on Thursday showed 57 percent of the state’s residents identified as likely voters in the primary backing Hageman, compared to 28 percent supporting Cheney.

Andrew Garner, a professor who focuses on American and comparative politics at the University of Wyoming, noted that while it was likely Hageman would win the primary based on recent polling, the margins could be closer than expected.

“I’ve been advising a bit of caution considering that one of the big unknowns has to do with Democratic cross-over votes for Cheney. That is such a unique situation to this particular contest, and so I’m not entirely sure how well the polls will be able to measure that,” he said in an email.

“Statewide contests are already difficult to poll accurately. Primary elections in small states are even more difficult. And when you have a low-turnout contest like a primary in a small state, it does not take a lot of people staying home, showing up, or changing their votes to create big swings,” he added.

Cheney’s campaign has increasingly linked on Democrats for support. The New York Times reported in June that Democrats in the state were receiving mail from her campaign on how to change their party registration in order to vote for her in the primary.

Gunner Ramer, the political director for the anti-Trump Republican Accountability PAC, has done outreach to Democrats in the state to encourage them to vote in the GOP primary, which he said was not coordinated with Cheney’s campaign.

“If Liz’s support with Republicans is something that’s not great in the state of Wyoming, then you got to get creative with how you think about the campaigns, and I don’t think there’s anything wrong with encouraging Democrats, no matter the number, because we don’t know — we can’t predict elections,” Ramer said.

Biden on Rushdie attack: ‘Shocked and saddened’ ‘Shocked and disheartened’: How coal country is reacting to Manchin’s climate deal

As Cheney heads into Tuesday, it’s clear little has changed in the Wyoming incumbent’s messaging, as she continues to hammer Trump and his baseless allegations that the 2020 election was stolen.

A new ad released on Thursday from her campaign showed Cheney calling those 2020 claims “poisonous lies” and “insidious.”

“After her work on the Jan. 6 hearings, she’s got as much right and information to talk about Donald Trump and her views as anybody,” said Jennings, the GOP strategist. “I don’t know how persuasive she’s going to be to Republicans, but the thing is … you don’t have to persuade everybody, you just have to persuade enough,” said Jennings, the GOP strategist.