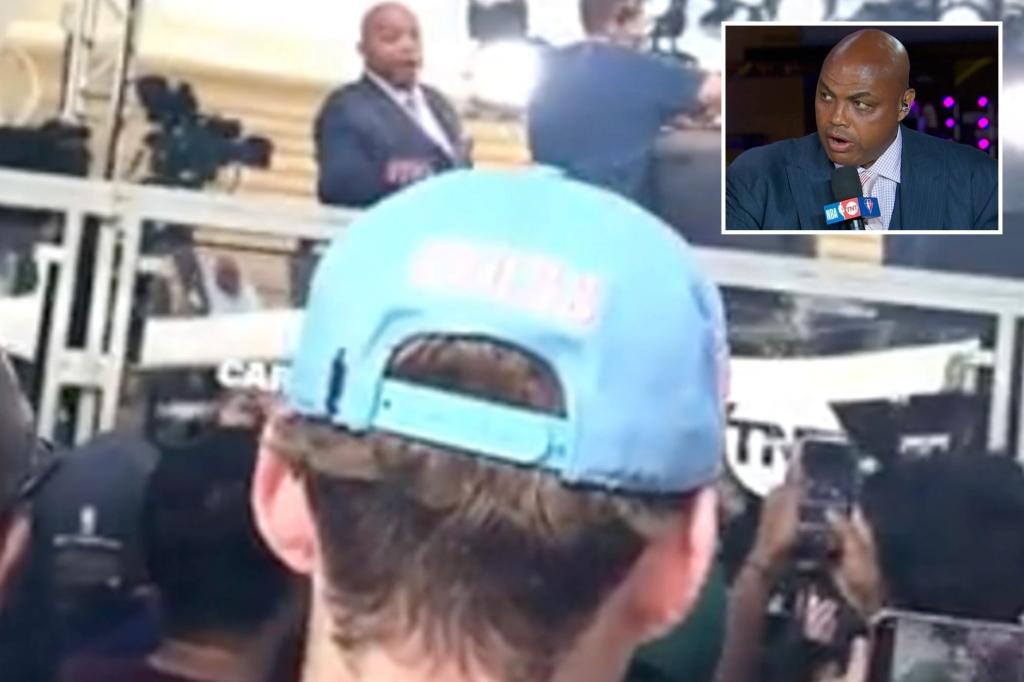 Charles Barkley’s trash talk reached a vulgar new level on Wednesday, when the “Inside the NBA” crew filmed a live show outside the Chase Center prior to Game 1 of the Western Conference Finals between the Warriors and Mavericks.

The basketball Hall of Famer, who picked the Mavericks to win the series, was being heckled by Warriors fans throughout the day in San Francisco and appeared to hit a breaking point when some folks brought up championships — something Barkley never attained in his decorated career.

“If you don’t leave me alone, I’m going to come to your house and f—k your mama,” Barkley said to a sea of ​​fans decked out in blue and gold.

Other clips that have surfaced online feature Barkley going at it with fans after they initiated a “Chuck you suck” chant during the live broadcast, which took place after the Warriors’ 112-87 win over the Mavericks.

“Hey, you’re right. And y’all suck too!” Barkley said, laughing, after briefly pausing his explanation on why Dallas shouldn’t “overreact” following the loss.

Meanwhile, Shaquille O’Neal threw his arm up in the air to encourage fans to keep chanting at Barkley.

Barkley had Warriors fans laughed up even before Golden State took Game 1 of the Western Conference Finals series. Early on, he went back and forth with Warriors big man Draymond Green – who is also part of the TNT broadcast crew – about San Francisco.

“I don’t dislike the area, I hate the area,” Barkley said, to which Green replied“The area hates you,” which elicited laughter from O’Neal, Ernie Johnson, and Kenny Smith.

The Warriors will host the Mavericks for Game 2 of the finals series on Friday.