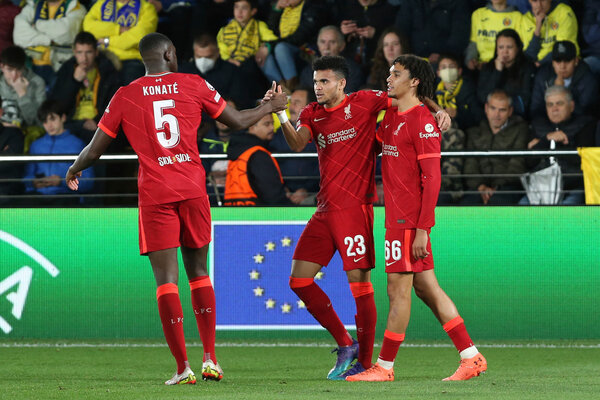 You can, ultimately, rely on the Champions League. A little less than an hour ago, Liverpool was sailing through to a third final in five years, its second leg with Villarreal really more of an administrative matter. Now, it finds itself trapped in a stadium bubbling with delirium, facing an opponent baring its teeth, and in the midst of its worst performance in months.

Jürgen Klopp’s team, ultimately, has been undone by Villarreal’s intensity, its purpose, its speed. Conceding an early goal to Boulaye Dia seemed to sap Liverpool’s certainty. In a way, given how easily and how cheaply Klopp’s players have ceded possession, it is something of a surprise that Villarreal had to wait until the 41st minute to find the second goal, through Francis Coquelin, that leveled the tie on aggregate.

Liverpool, now, has very little margin for error. Klopp has to find a way to give his team a more attacking edge and more control over possession, while simultaneously not giving Villarreal any more encouragement. Emery’s choice is much simpler. Does he go for the kill immediately, mirroring the speed with which his team started the first half. Or does he seek to frustrate Liverpool, and pick off its defense on the counterattack?