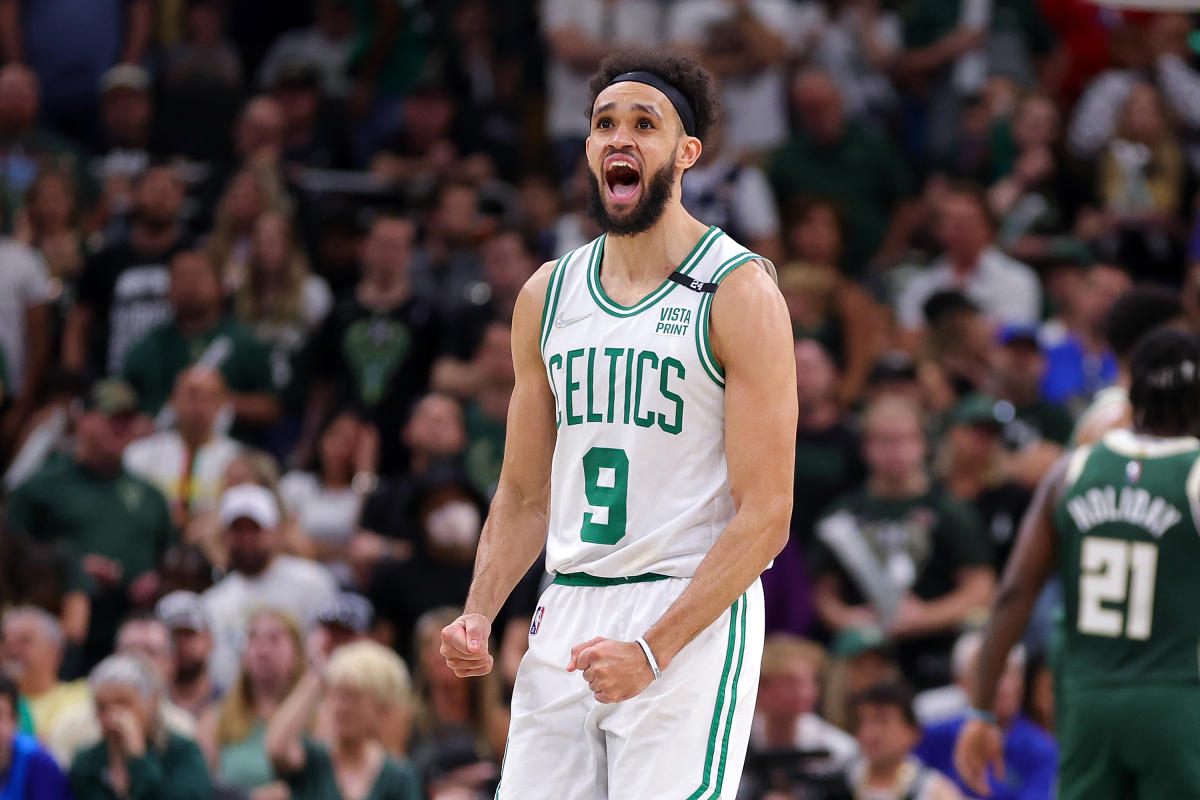 Boston Celtics guard Derrick White will miss Game 2 of the Eastern Conference finals against the Miami Heat on Thursday for personal reasons, the team announced. The Celtics are also expected to be without Al Horford, who entered the NBA’s COVID-19 health and safety protocols prior to the series on Tuesday.

White’s spouse is expected to give birth to their first child, Celtics coach Ime Udoka said on Thursday. The family’s plan to induce labor between games was scrapped when the arrival came “sooner than expected.”

“We support our guys in that situation,” said Udoka.

Boston listed Smart as probable to return from a right mid-foot sprain for Game 2 on Wednesday’s injury report. Smart suffered the injury in Sunday’s Game 7 victory against the Milwaukee Bucks in the conference semifinals and left TD Garden in a walking boot. Smart, the NBA’s Defensive Player of the Year this season is averaging 15 points (42/35/79), 6.2 assists and 3.7 rebounds in 36.6 minutes per game in the playoffs.

In Smart’s absence, Payton Pritchard played 30 minutes in the Game 1 loss to the Heat, and he should see significant action in White’s absence as well. Pritchard collected 18 points (6-16 FG), five rebounds and four assists in Tuesday’s loss. He was also a frequent target of Heat star Jimmy Butler’s offensive attack.

While White has struggled to score in the postseason, his absence, like Horford’s, removes a facilitator from an offense predicated on drive-and-kick movement and a versatile defender from their switching scheme. In a small sample size, the Celtics have been outscored by 1.2 points per 100 possessions without either Horford or White in the lineup during the playoffs, allowing a concerning 121.1 points per 100 possessions.

Udoka left open the possibility Horford could clear health and safety protocols prior to Game 2. He would require negative PCR tests on Wednesday and Thursday to be made available. He could also exit protocols before Game 3 if he returns two PCR tests with a cycle threshold greater than 30 on Friday and Saturday.

Horford is asymptomatic, according to Udoka. The coach also missed Wednesday’s media availability with a non-COVID illness but is “good now,” ahead of Thursday’s scheduled 8:30 pm ET start to Game 2.

is a staff writer for Yahoo Sports. Have a tip? Email him at or follow him on Twitter!