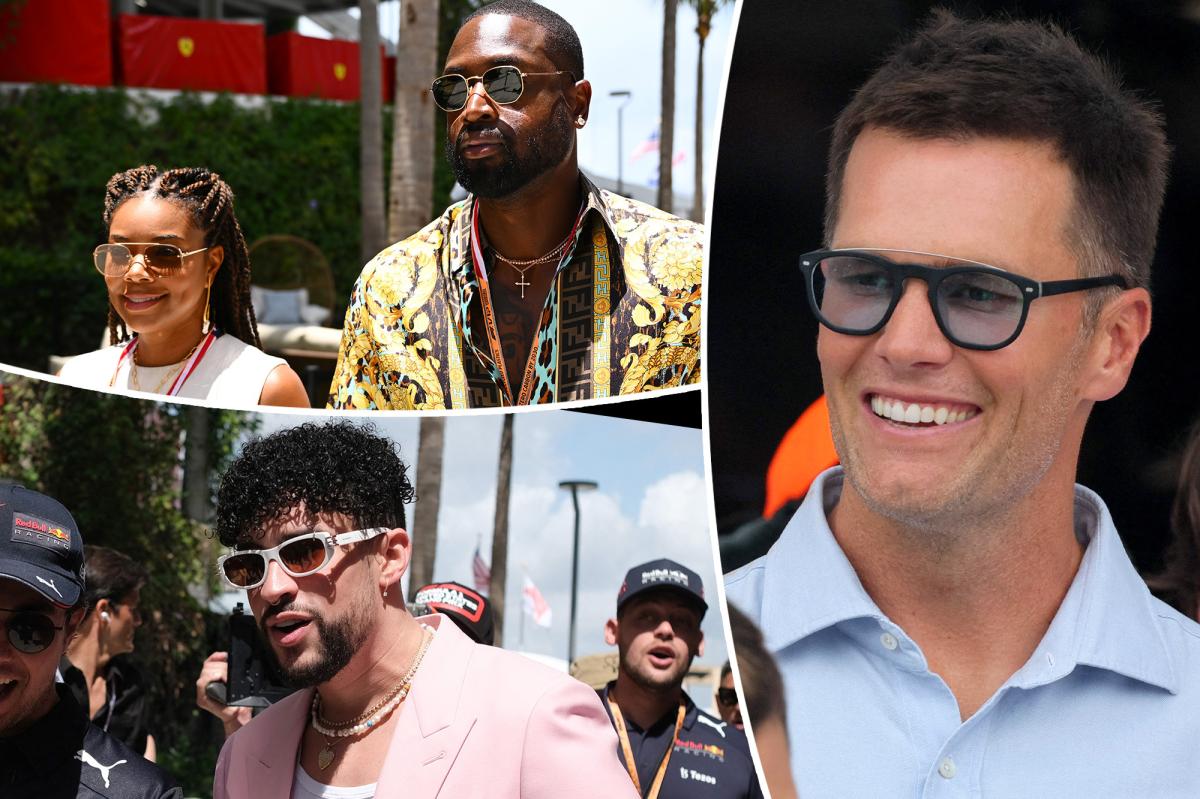 MIAMI — It’s nearly lights out at the Formula 1 Miami Grand Prix and the inaugural race has attracted a slew of A-listers.

Bad Bunny, who dropped a new album over the weekend, was spotted with Red Bull driver Sergio Pérez, while supermodel Karlie Kloss was seen chatting with Mercedes team members. Kloss was later seen holding hands with husband Joshua Kushner on the grid.

Beckham was joined by his son Romeo, who was holding hands with girlfriend Mia Regan.

Meanwhile, fans swarmed former NBA star Michael Jordan and asked him for pics as he walked through the paddock shortly after James Marsden, Pharrell, Will.i.am and Ashton Kutcher rolled up.

NFL player turned TV personality Michael Strahan returned to the paddock for the second day in a row, after he was spotted posing for selfies with fans outside McLaren’s garage.

Also seen hugging and chatting in McLaren’s garage was Tom Brady and Dwyane Wade, who was joined by Gabrielle Union. DJ Khaled also stopped by later in the day.

At one point, Brady, Beckham and Jordan all posed for a photo with Mercedes driver Lewis Hamilton, while Venus and Serena Williams spoke to reporters in the paddock.

The outings came one day after Michelle Obama stopped by the Miami International Autodrome to watch the qualifying session from Mercedes’ garage.

The former first lady was seen giving the seven-time world champion a big hug, while keeping a low profile in wide-framed sunglasses and a team headset.

Elsewhere on the track, Dax Shepard and YouTuber Noel Miller were spotted watching from the Red Bull Energy Station. Post Malone also made an appearance to perform some of his hits at the Hard Rock Beach Club.

Paris Hilton was spotted in the Paddock Club, along with “Bachelorette” alum Dale Moss, who appeared to be joined by two women.

James Corden also returned to the paddock on Saturday, to continue filming a segment for “The Late Late Show” with McLaren’s Daniel Ricciardo and Lando Norris.

Hamilton is set to start in sixth today, while Ferrari’s Charles Leclerc and Carlos Sainz will lock out the front row of the grid. Reigning world champion Max Verstappen rounds out the top three.