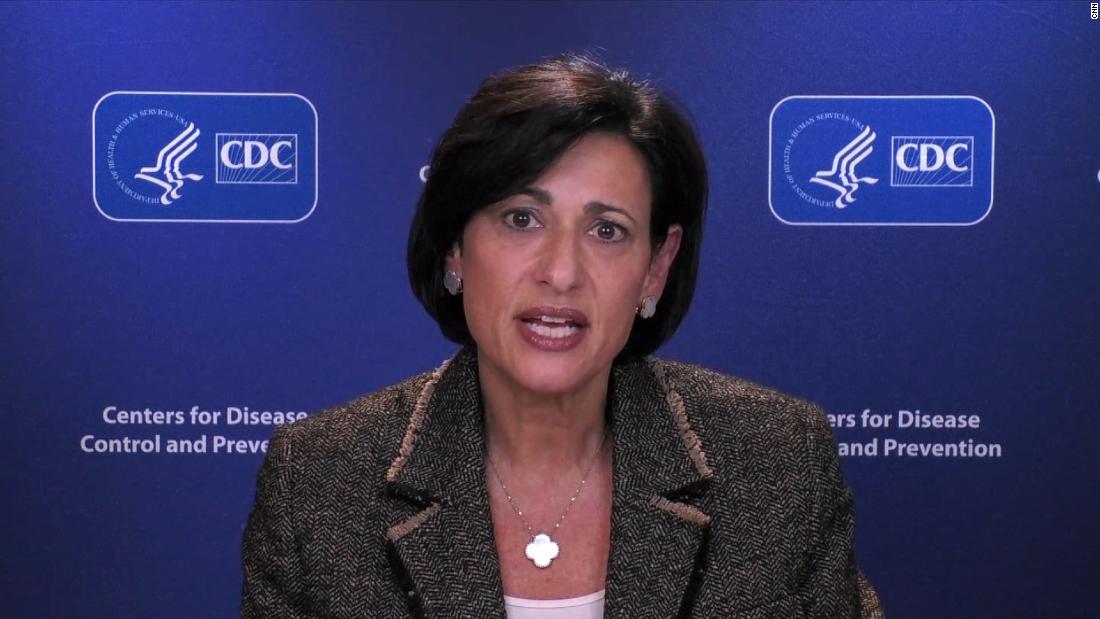 CDC director Dr. Rochelle Walensky met with senior leadership at the agency this morning to lay out her plans for overhauling how the agency works. She plans to remake the culture to help the agency move faster when it responds to a public health crisis. She also wants to make it easier for other parts of the government to work with the CDC, and wants to simplify and streamline the website to get rid of overlapping and contradictory public health guidance.

Staff will be notified of the change by email. More than 12,000 people work at the agency, which is headquartered in Atlanta.

The changes will be aimed at improving the culture and restoring public trust after the agency’s acknowledged missteps in its response to the Covid-19 pandemic.

The reforms follow a period of review and introspection at the CDC. In April, Walensky announced Jim Macrae, associate administrator for primary health care at the Health Resources and Services Administration, would lead a one-month review of the agency’s Covid-19 response efforts. At the same time, she charged three of her deputies to scrutinize operations and recommend strategic changes. Walensky has been meeting with groups of staff in person as employees return to their office after months of remote work.

The course correction comes after significant stumbles at the agency in response to the Covid-19 pandemic. The US had little capacity to test for infection during the early months of the pandemic, largely because the agency released a flawed test to public health laboratories. That kept the nation blind, for months, to the extent of the virus’s spread.

The agency has also been criticized throughout the pandemic for issuing public health guidance that some saw as confusing and ineffective. Many also felt it wasn’t moving fast enough to respond.

Walensky will bring in former HHS Deputy Secretary Mary Wakefield to the CDC to oversee the reorganization.

• The Division Laboratory Sciences and the Office of Science will now report directly to the CDC director, a move aimed at improving accountability of the delivery of timely information

• A new executive council—reporting to the Director—will determine agency priorities, track progress, and align budget decisions, with a focus on public health impact

• A new equity office, which will increase diversity both in CDC’s workforce and add that lens to its public health activities

Walensky also plans to ask Congress to grant the agency new powers, including mandating that jurisdictions share their data. Currently, CDC depends on states and counties to voluntarily do that.

She’s also going to ask for new flexibilities in the agency’s funding. Right now, when Congress earmarks money for the CDC, it has to be spent on specific programs. That has created more than 150 individual budget lines that fund the agency. That can be a problem when a public health emergency comes along. In 2014, when the Ebola epidemic began, Dr. Tom Frieden, who was then CDC director, had to borrow money from other parts of the federal government to respond.

“We literally didn’t have money for plane tickets and per diem to send staff into the field,” said Frieden, who was interviewed by Macrae for the review.

“I had, quite literally, 20 times more flexible dollars as New York City health commissioner than I did as CDC Director,” Frieden said in an interview with CNN. Frieden now leads the nonprofit Resolve to Save Lives.

Some of those changes have already started, including a reorganization of the agency’s communications operations.

Earlier this year, the CDC filled a long-vacant post when it hired Kevin Griffis, a veteran of public affairs at the Department of Health and Human Services and Planned Parenthood, to lead its communications efforts. Along with communicating the CDC’s health information, part of his job is to manage “risk communication and reputational issues for the agency,” according to the CDC website. The agency hasn’t had a head of communications for four years, according to a senior official with knowledge of the changes who was not authorized to speak to reporters.

A final draft of Macrae’s review will be released today. Key recommendations include:

• Do a better job of translating science into practical, easy-to-understand policy