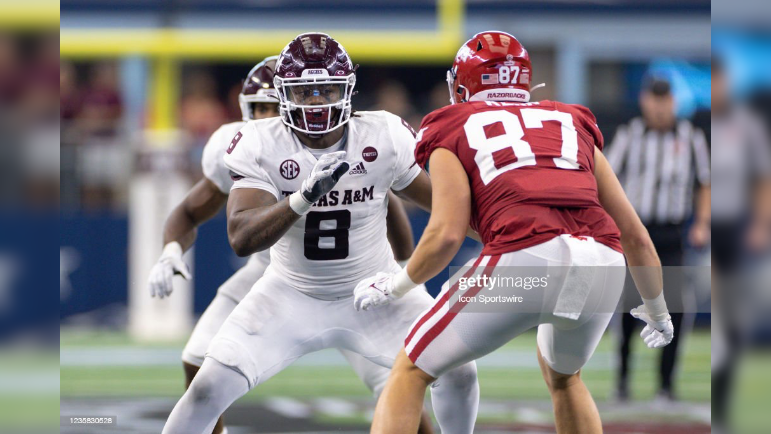 Brace yourselves. Another mock draft is coming.

With a little over three weeks to go until the start of the 2022 NFL Draft, it’s time to drop my second version of a Pittsburgh Steelers’ seven-round mock draft, especially after the initial free agency frenzy is behind us.

Coming out of free agency, the Steelers very clearly addressed some holes on the roster ahead of the draft, giving themselves some flexibility heading into the first round in Las Vegas. Knowing that, I tried to build my latest mock draft around the current roster in Pittsburgh and attempted to address some holes that remain on the roster.

If you missed it, here’s my first version of my Steelers’ mock draft.

Things will change between now and my final mock draft in late April. Enjoy the ride.

And as always, let me know what you think of my first mock draft in the comments section below!

Analysis: My personal QB1 in the draft class, Ridder brings great leadership to the position along with a tremendous work ethic. Though his ceiling isn’t as high as someone like Liberty’s Malik Willis, Ridder is arguably the most Pro-ready quarterback in the 2022 NFL Draft class. He plays with rhythm overall, and has had consistent, repeatable mechanics that generate easy power. His intelligence is off the charts and he processes rather quickly on film. Concerns about his game in regards to accuracy and ball placement are certainly fair at this point in the process, but he’s going to be an Alex Smith-like starter for a long, long time in the NFL.

Analysis: Leal might seem a bit undersized on paper, but he profiles best as a 3-tech, gap-shooting defensive lineman that can overwhelm offensive linemen with his speed to power and rare athleticism overall. Though he wasn’t as dominant at Texas A&M as many expected he would be in three seasons in College Station (just 13.0 career sacks, 25.0 tackles for loss), the short-area burst and overall explosion he possesses would make him a welcome addition to an aging Steelers’ defensive line that had its depth significantly tested in 2021.

This pick might go against convention overall, considering the work the Steelers did on the defensive line in free agency, retaining Montravius ​​Adams to pair with a potential return of Stephon Tuitt, along with the return from injury for Tyson Alualu. The defensive line is getting older though, and Leal is a high-ceiling player that the Steelers have shown interest in, considering DL coach Karl Dunbar was in College Station for the Aggies’ Pro Day.

Analysis: We know all about the Steelers and their love for SPARQ scores at the safety position. Maryland’s Nick Cross would be the SPARQiest safeties ever drafted, thanks to a 9.91 RAS score based off of a 4.34 40-yard dash, 37-inch vertical and an astounding 10’10” broad jump. Add in the fact that he’s a Maryland product and an underclassmen adds all the more intrigue and potential fit for Cross in Pittsburgh.

Along with his impressive testing numbers, Cross recorded six career interceptions in three seasons with the Terrapins, and started 27 career games overall. His ability to play free safety, slot corner, and DIME backer should have the Steelers very intrigued overall.

Analysis: Needing legitimate game-breaking speed at the wide receiver position, SMU’s Danny Gray provides that in abundance. Coming from a high-octane Mustangs’ offense in the AAC, Gray put up impressive testing numbers at the 2022 NFL Scouting Combine, clocking a 4.33 40-yard dash, a 34-inch vertical and a 126-inch broad jump. The Steelers were certainly interested, meeting with the SMU star in Indianapolis and then sending new WR coach Frisman Jackson to Dallas to put him through position drills during the Mustangs’ Pro Day.

There’s a real connection there, though Gray profiles as more of a No. 3 receiver long-term. Right away he’d be able to give the Steelers a true vertical threat at the Z position, which could allow Chase Claypool to kick inside to a more big-slot style role, though Gray could see some time in the slot as well.

Analysis: Sticking with the same pick here as the need for a backup to Najee Harris in Pittsburgh remains a sneaky big need overall. I had the opportunity to see Chandler in person at the East-West Shrine Bowl in Las Vegas earlier this year, and he was easily one of the top backs there.

A former 5-star recruit that landed in Tennessee before transferring to North Carolina, Chandler exploded onto the scene in 2021, racking up 1,092 rushing yards and 13 touchdowns as a senior with the Tar Heels. He explodes with the football in his hands as a runner, brings underrated power to the position, and can serve as a three-down back due to his abilities in pass protection and mismatch ability as a receiver out of the backfield.

He has limited wear and tear on his body too with less than 700 touches over five seasons in college, which should be viewed as a plus, especially as a late-round pick. He’s not the flashiest name, but he brings a much-needed skillset to the position on Day 3.

Analysis: Even after adding Myles Jack in free agency and retaining Robert Spillane and Marcus Allen on restricted free agent tenders this offseason, the need for a true BUCK linebacker is still a major one in Pittsburgh. Ross certainly fits the bill. A physical downhill run defender coming from Michigan, Ross produced quite a bit for the Wolverines.

Analysis: I could have gone in a number of directions here for the Steelers, but I decided to take a shot on a potential developmental swing tackle with NFL bloodlines in Boston College’s Tyler Vrabel, the son of Tennessee Titans’ head coach Mike Vrabel. A three-year starter at BC, Vrabel saw time at left and right tackle, standing out in the run game due to his power and tenacity.

Though his footwork is overall sound in pass protection, he tends to get top heavy and lean out over his skis, leading to some trouble with speed rushers from either side of the defense. This late in the draft you’re taking a chance on traits and Vrabel certainly has the size and length to develop nicely into a swing tackle. The NFL bloodlines don’t hurt one bit either.