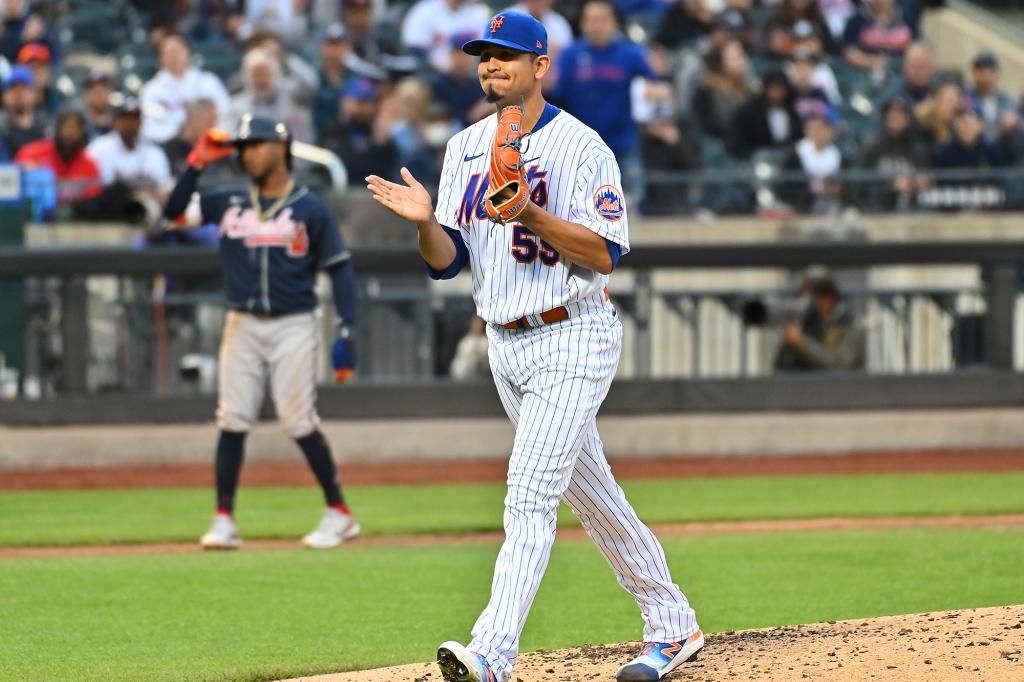 A day after the Mets sent Robinson Cano packing, three of the players who survived the roster crunch showed why they are still around.

Travis Jankowski served as a spark plug as a fill-in leadoff man in Game 1, using his speed to leg out two infield hits and score three runs, and Luis Guillorme flashed the leather at shortstop as the Mets beat the Braves 5-4.

In the nightcap, Dominic Smith gave the Mets an early lead with a two-run double before Carrasco took over with eight shutout innings on the way to a 3-0 win at Citi Field.

Pete Alonso also went 4-for-8 with three RBIs and a solo home run between the two games. The sweep ensured the Mets (18-8) will have a chance to win their eighth straight series in Wednesday’s finale of the four-game set.

Carrasco was coming off his worst start of the year but made it a distant memory. After giving up three runs over 18 ¹/₃ innings across his first three starts, Carrasco had gotten tagged for eight runs in 3 ²/₃ innings last Wednesday against the Cardinals.

On Tuesday, the right-hander scattered six hits and two walks while striking out five against a quality Braves lineup.

Carrasco worked out of jams in the first two innings, stranding three runners, including one on third each time. He settled in from there, retiring 11 of 13 to get through the fifth inning before leaving another runner on third in the sixth.

Seth Lugo finished off the win in the ninth with his second save of the year.