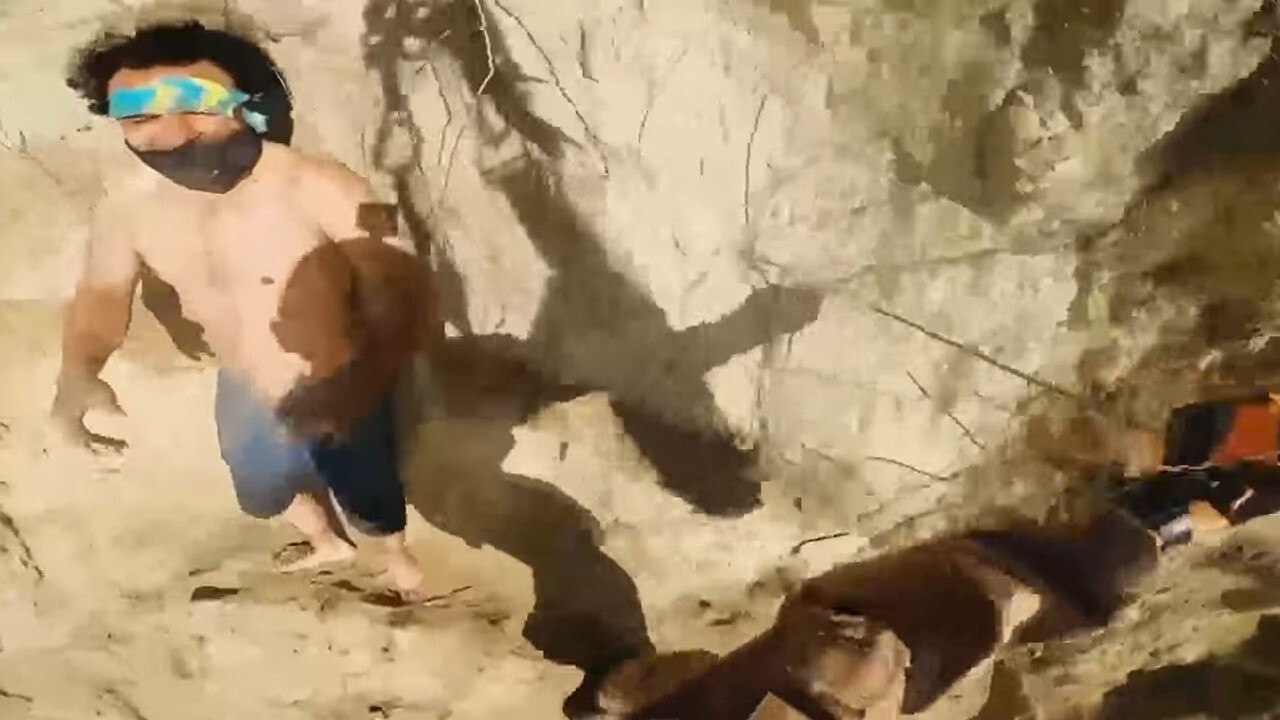 A California helicopter crew airlifted a man to safety Thursday after he became stranded on the face of a 500-foot vertical cliff, authorities said.

However, when the man’s precarious position prevented ground rescuers from locating him, fire officials called the CHP for assistance, the agency said.

CHP Helicopter H-30 responded and located the victim. Officials determined that a helicopter rescue would be safest.

The CHP pilot battled challenging winds while hovering 100 feet over the cliff and lowering an officer down to the victim, the agency said.

Video footage from the CHP officer’s helmet camera shows him directing the chopper as he is lowered to the victim’s location on the cliff face. Once he reaches the stranded man, he straps a harness around the victim and both are hoisted off the cliff.

The chopper short-hauled the victim and officer to a nearby landing zone, where the victim was handed over to fire officials, CHP said.

No injuries were reported.

It was unclear how the man became stranded halfway down the cliff face.