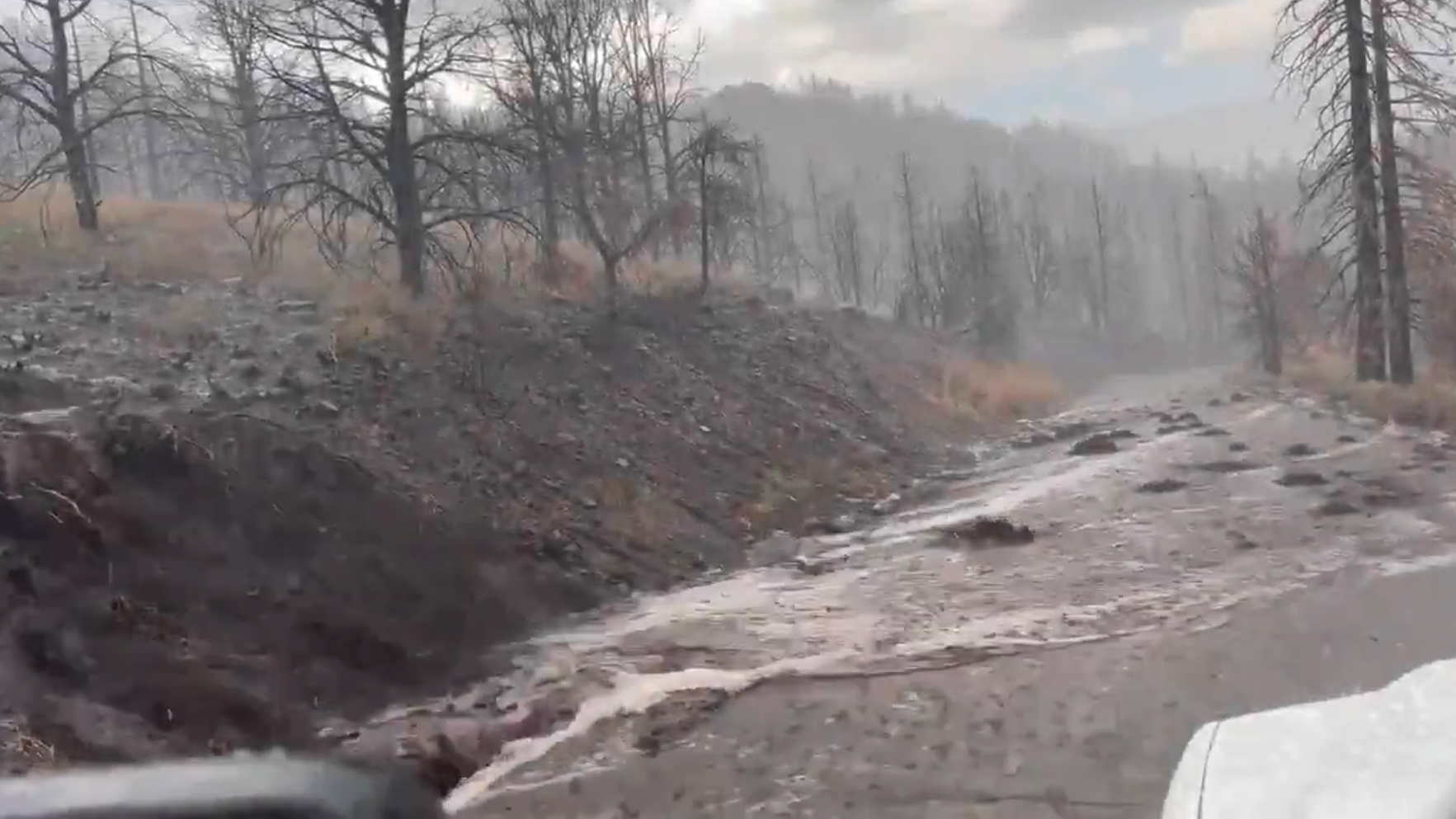 “We typically see a push of monsoon moisture each summer, and it varies from year to year, how long the surge is and how strong it is,” said Wendell Hohmann, a forecaster with the weather service’s Reno office. “This year kind of came late. We were pretty dry up to mid-July and then finally a door opened to allow it in.

The thunderstorms hit as monsoonal moisture from the desert Southwest climbed northward into California and Nevada.

A gauge in Alpine County’s Markleeville, 30 miles southeast of South Lake Tahoe, recorded 2.49 inches of rain in 90 minutes on Wednesday. “It was 2.2 inches in 60 minutes — that’s how intense it was,” Hohmann said. On Thursday, Monitor Pass measured 0.8 inches of rain on Thursday, he said.

The Tamarack Fire burned through the Markleeville area in 2021, and on Wednesday the weather service issued a flash flood emergency for the burn scar, followed by a flash flood warning Thursday.

Highway 89 from Turtle Rock to Markleeville is closed with no estimated time of reopening mud and debris flows that washed out part of the road, officials said. State Route 4 to Turtle Rock Park is also closed due to a mudslide.

The Reno Airport reported 1.22 inches of rainfall from a strong thunderstorm between 7:45 pm and 8:45 pm Wednesday, the weather service said. This is more rain than the airport has seen in the past seven months.

“Before Wednesday, the airport had seen only 0.74 inches from Jan. 1 all the way to Tuesday,” Hohmann said.

The official airport gauge recorded another 0.24 inch on Thursday, though Hohmann said another gauge at the south end of the runway had an inch of rain.

The weather service issued several flash flood watches for the Reno area Wednesday and Thursday, and the Reno Fire Department on Wednesday said some it rescued some drivers from flooded roadways Wednesday.

More thunderstorms are in the forecast for the Reno area Friday, and the flash flood watch remains in effect.

A monsoon refers to a seasonal reversal of wind patterns over a region. The summer monsoon is associated with an increase in thunderstorm activity; in North America, winds pull moisture from the Pacific Ocean and the Gulf of Mexico and transport it into the Southwest US

The summer monsoon is a typical weather pattern that is most pronounced in the interior Southwest states of Arizona and New Mexico. Sometimes the moisture pushes northward into California, the weather service said.

When monsoon moisture flows into Northern California, lightning is usually more common in the Sierra Nevada than along the coast due to the mountains’ lack of a marine layer and its topography. The air mass is forced to lift, intensifying the thunderstorms, the weather service said.