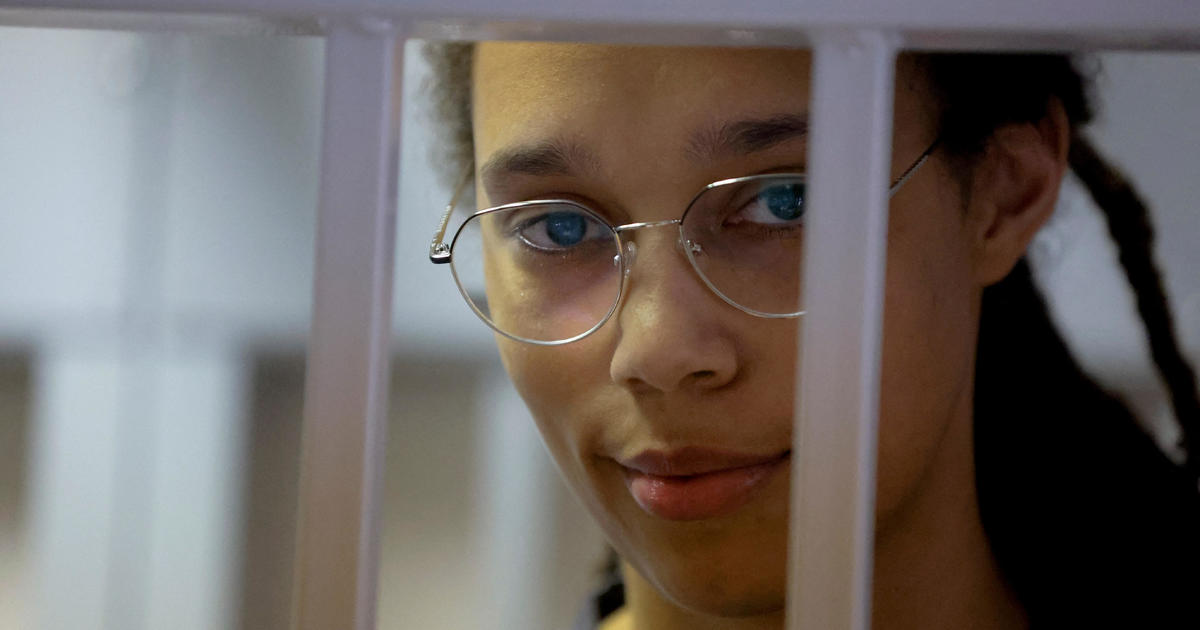 US basketball star Brittney Griner was convicted Thursday in Russia of drug possession and sentenced to nine years in prison following a politically charged trial that came amid soaring tensions between Moscow and Washington over Ukraine and could lead to a high-stakes prisoner exchange between the two world powers.

The 31-year-old Griner, a two-time US Olympic champion and an eight-time all-star with the WNBA’s Phoenix Mercury listened with a blank expression as an interpreter translated the verdict by Judge Anna Sotnikova. The judge also found 1 million rubles (about $16,000) fine.

“I never meant to hurt anybody to put in jeopardy the Russian population or violate any Russian laws. I made an honest mistake and I hope that your ruling, that it doesn’t end my life here,” Griner told the court earlier Thursday, apologizing to her family, her teammates, her fans, and the Russian people.

“I know everybody keeps talking about political pawn and politics, but I hope that that is far from this courtroom… I hope you take into account all the documents, all the character lists that everybody has sent in on my behalf… This is my second home, and all I wanted to do was just win championships and make them proud,” she said.

US President Joe Biden denounced the verdict and sentence as “unacceptable.”

“I call on Russia to release her immediately so she can be with her wife, loved ones, friends, and teammates,” Biden said, adding that he would continue to work to bring home Griner and Paul Whelan, an American imprisoned in Russia on an espionage conviction.

As Griner was taken from the court after the verdict, she told reporters: “I love my family.” Her lawyers said she was very upset, stressed, and could hardly talk.

Earlier in the session, with a conviction all but certain, an emotional Griner made a final appeal to the court for leniency. She said she had no intention to break the law by bringing vape cartridges with cannabis oil when she flew to Moscow in February to play basketball in the city of Yekaterinburg.

“I want to apologize to my teammates, my club, my fans and the city of (Yekaterinburg) for my mistake that I made and the embarrassment that I brought on them,” Griner said, her voice cracking. “I want to also apologize to my parents, my siblings, the Phoenix Mercury organization back at home, the amazing women of the WNBA, and my amazing spouse back at home.”

Under Russian law, the 31-year-old Griner faces up to 10 years in prison, but judges have considerable latitude on sentencing.

If she does not go free, attention will turn to the possibility of a high-stakes prisoner swap that was proposed last week by US Secretary of State Antony Blinken to his Russian counterpart.

Griner said Yekaterinburg, a city east of the Ural Mountains, had become her “second home.”

“I had no idea that the team, the cities, the fans, my teammates would make such a great impression on me over the 6 1/2 years that I spent here,” she said. “I remember vividly coming out of the gym and all the little girls that were in the stands there waiting on me, and that’s what kept making me come back here.”

Prosecutor Nikolai Vlasenko insisted that Griner packed the cannabis oil deliberately, and he asked the court to hand Briner a fine of 1 million rubles (about $16,700) in addition to the prison sentence.

Lawyers for the Phoenix Mercury center and two-time Olympic gold medalist sought to bolster Griner’s contention that she had no criminal intent and that the canisters ended up in her luggage by mistake. They presented character witnesses from the Yekaterinburg team that she plays for in the WNBA offseason and wrote testimony from a doctor who said he prescribed her cannabis for pain treatment from injuries sustained in her basketball career.

Her lawyer, Maria Blagovolina, argued that Griner used the cannabis only in Arizona, where medical marijuana is legal.

She emphasized that Griner was packing in haste after a grueling flight and suffering from the consequences of COVID-19. Blagovolina also pointed out that the analysis of cannabis found in Griner’s possession was flawed and violated legal procedures.

Blagovolina asked the court to acquire Griner, noting that she had no past criminal record and hailing her role in “the development of Russian basketball.”

Another defense attorney, Alexander Boykov, emphasized Griner’s role in taking her Yekaterinburg team to win multiple championships, noting that she was loved and admired by her teammates. He told the judge that a conviction would undermine Russia’s efforts to develop national sports and make Moscow’s call to depoliticize sports sound shallow.

Boykov added that even after her arrest, Griner won the sympathy of both her guards and prison inmates, who supported her by shouting, “Brittney, everything will be OK!” when she went on walks at the jail.

Before her trial began in July, the State Department designated her as “wrongfully detained,” moving her case under the supervision of its special presidential envoy for hostage affairs, effectively the government’s chief hostage negotiator.

Then last week, in an extraordinary move, Blinken spoke to Russian Foreign Minister Sergey Lavrov, urging him to accept a deal under which Griner and Whelan would go free.

The Lavrov-Blinken call marked the highest-level known contact between Washington and Moscow since Russia sent troops into Ukraine more than five months ago. The direct outreach over Griner is at odds with US efforts to isolate the Kremlin.

People familiar with the proposal say it envisions trading Griner and Whelan for the notorious arms trader Viktor Bout, who is serving a prison sentence in the United States. It underlines the public pressure that the White House has faced to get Griner released.

White House Press Secretary Karine Jean-Pierre said Monday that Russia has made a “bad faith” response to the US government’s offer, a counteroffer that American officials don’t regard as serious. She declined to elaborate.

Russian officials have scoffed at US statements about the case, saying they show a disrespect for Russian law. They remained poker-faced, urging Washington to discuss the issue through “quiet diplomacy without releases of speculative information.”

In a handwritten letter from Griner that was delivered to the White House last month, the WNBA player wrote how terrified she is that she may be imprisoned in Russia “forever.”

Griner’s wife Cherelle told “CBS Mornings” that when she read the letter, she could feel the fear that Griner was experiencing.

“She is probably the strongest person that I know, so she doesn’t say words like that lightly. That means she truly is terrified that she may never see us again. You know, I share those same sentiments,” Cherelle said.