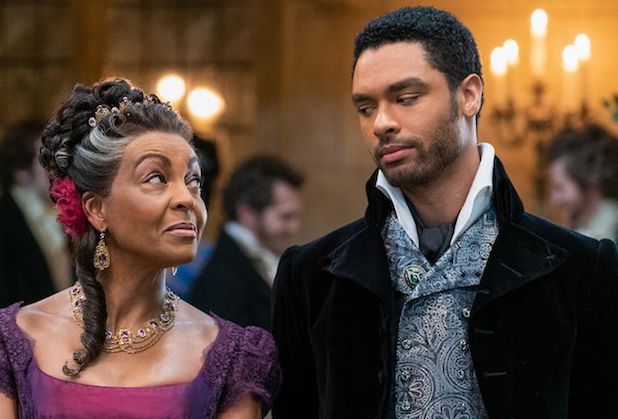 Rest assured, Simon Basset, the Duke of Hastings, is alive and (we assume) well in Bridgerton Season 2. You just can’t see him.

Despite buzz to the contrary, actor Rege-Jean Page — whose exit announcement sent shockwaves through the TV biz last April — makes nary a cameo in the sophomore season of the wildly popular Netflix Regency-era drama, which premieres on Friday. However, EP Chris Van Dusen says the character’s presence is felt.

“We do reference Simon,” Van Dusen tells TVLine. “In the very first scene of Season 2, Daphne mentions she left her husband and baby at home [to be there for Eloise’s debut]. Unfortunately, it didn’t work out in terms of Rege being a part of the second season, but it will always be Bridgerton‘s Duke. He’s not going anywhere in the world of the show. And just because we don’t see him, it doesn’t mean that he’s not there.”

Fun fact: Although the Duke is MIA, his son with Daphne — whose name is (SPOILER!) August — gets a fair amount of screen time.

Last year, Page explained his decision to exit the series ahead of Season 2, telling Variety, “Simon was this bomb of a one-season antagonist, to be reformed and to find his true self through Daphne. I think one of the bravest things about the romance genre is allowing people a happy ending.”

Are you bummed that there will be no sign of Simon (Page) in Bridgerton Season 2? Were you also holding out hope for a cameo? Drop your thoughts in the comments.