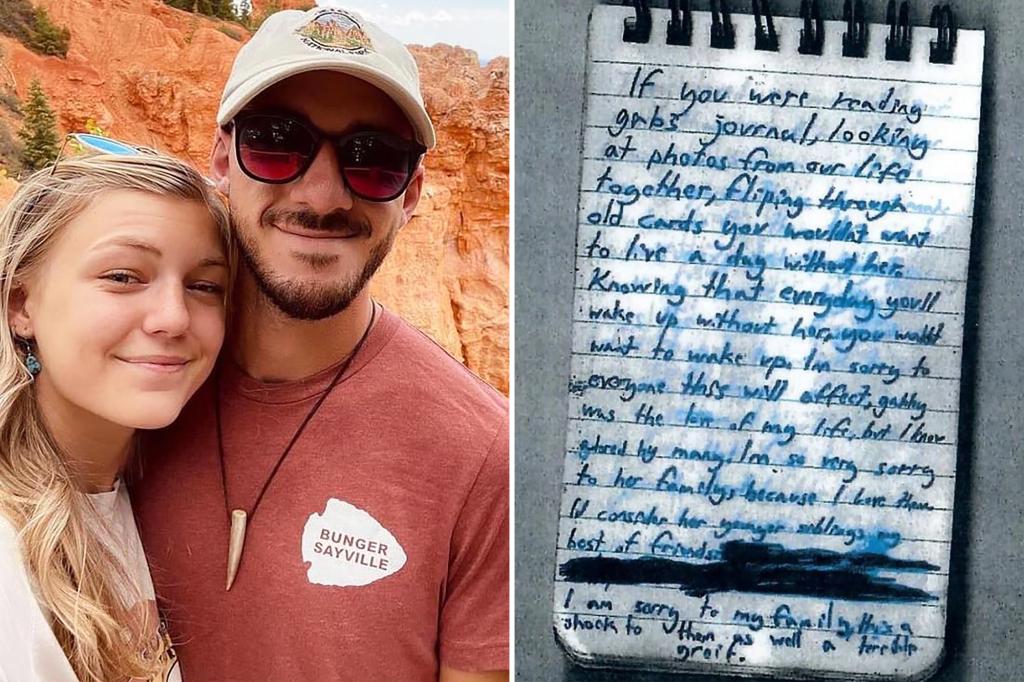 Brian Laundrie admitted to killing girlfriend Gabby Petito in a notebook left in the Florida swamp where he committed suicide — but Laundrie insisted it was an act of “mercy,” according to a report Friday.

“I ended his life,” he proclaims in the note, which was recovered by the FBI in October, according to Fox News.

“I thought it was merciful, that it is what she wanted, but I see now all the mistakes I made. I panicked. I was shocked.”

Laundrie claimed he wanted to put Petito –whom he was reportedly engaged to—out of her misery after she fell and hurt herself in the Wyoming wilderness but said he immediately regretted it after killing her.

“From the moment I decided, took away her pain, I knew I couldn’t go on without her,” he wrote.

Petito, a 22-year-old from Long Island, went missing on a road trip with Laundrie and was found strangled to death in a camping ground near the Grand Tetons on Sept. 19.

Laundrie disappeared after her death, sparking a nationwide manhunt for the then-suspected killer.

Laundrie, who died of a self-inflicted gunshot wound to the head in Myakkahatchee Creek Environmental Park near Sarasota, apologized and asked authorities to go easy on his family in the note.

“Please do not make life harder for my family,” he scrawled in the notebook. “They lost a son and a daughter. The most wonderful girl in the world. Gabby I’m sorry.”
He added, “I am sorry to my family. This is a shock to them as well [as] a terrible grievance.”