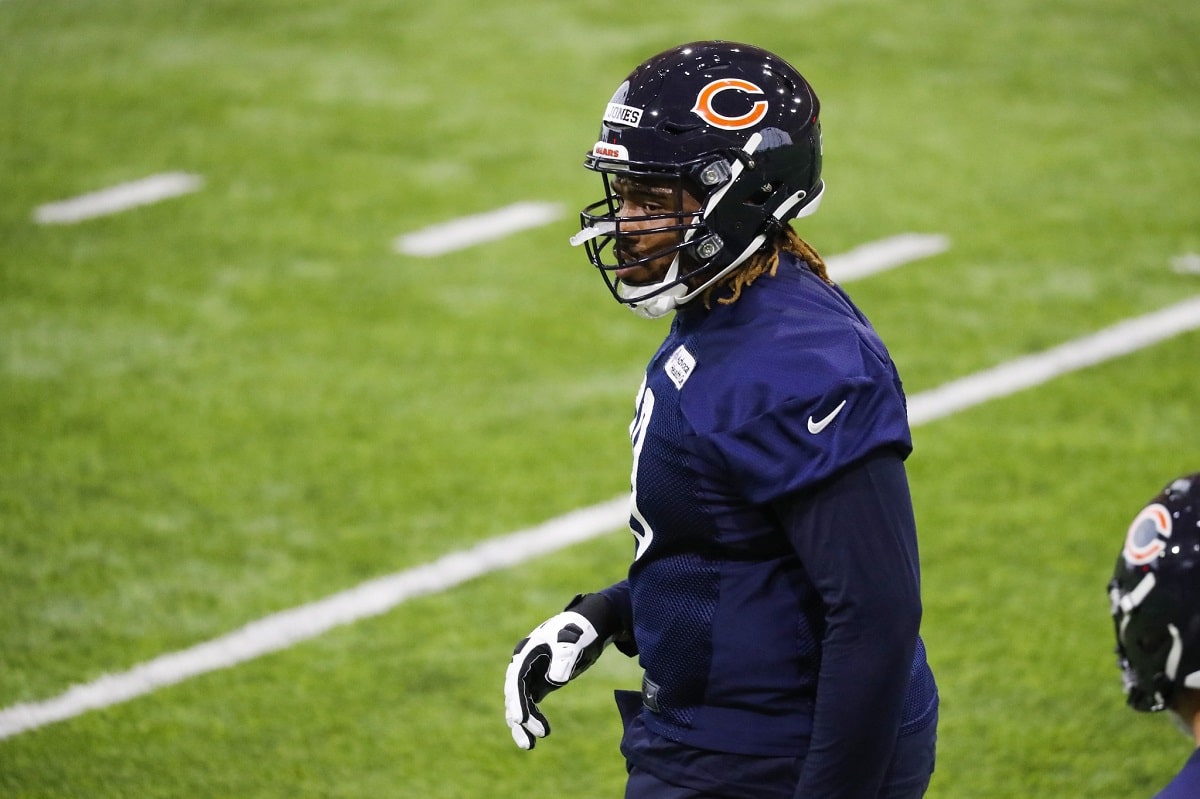 The offensive line is one of the biggest surprises of the Chicago Bears’ 2022 early practice sessions. While most fans are focused on the shocking demotion of Teven Jenkins at right tackle, not enough people are talking about Braxton Jones taking over as the starting left tackle. Remember, this was a guy nobody knew much about last April. He was a 5th round pick out of a small school at Southern Utah. Everything about him screamed “project.”

Yet here he is, already mixing it up with the big boys. It is hard for many to understand how this is possible. Maybe the Bears are that desperate. Or maybe Jones is finally starting to unlock the serious potential he showed in college. What is easy to miss about the young man is he’s intelligent, first of all. Second? He’s a physical freak. His 4.97 in the 40-yard dash at the scouting combines demonstrated his significant athleticism. However, that isn’t the biggest reason he’s impressed so quickly. He explained his secret during his recent presser at Halas Hall.

Arm length was an instant sell for Braxton Jones.

People struggle to understand why draft evaluators harp on arm length so much when it comes to NFL tackles. It comes down to simple math. If a blocker with 34-inch arms faces a defensive end with 32-inch arms, then the blocker has the advantage because he can use his greater reach to keep a pass rusher off his body. If somebody gets into your body, they can manipulate you into going anywhere they want. That isn’t good.

Braxton Jones has 35-inch arms. That is well above average for his position. Most would consider it ideal. That means he has an advantage in almost every matchup he’ll see on Sundays. The problem is his coaches at Southern Utah never did enough to teach him how to use it. He mainly relied on his size and athletic ability, failing to realize he had an amazing club in the bag he had never used.

Bears offensive line coach Chris Morgan has already started fixing that issue. As Jones continues to get reps, his ability to use that length will improve. If he puts everything together, it would not be a shock to see him starting at left tackle this season.