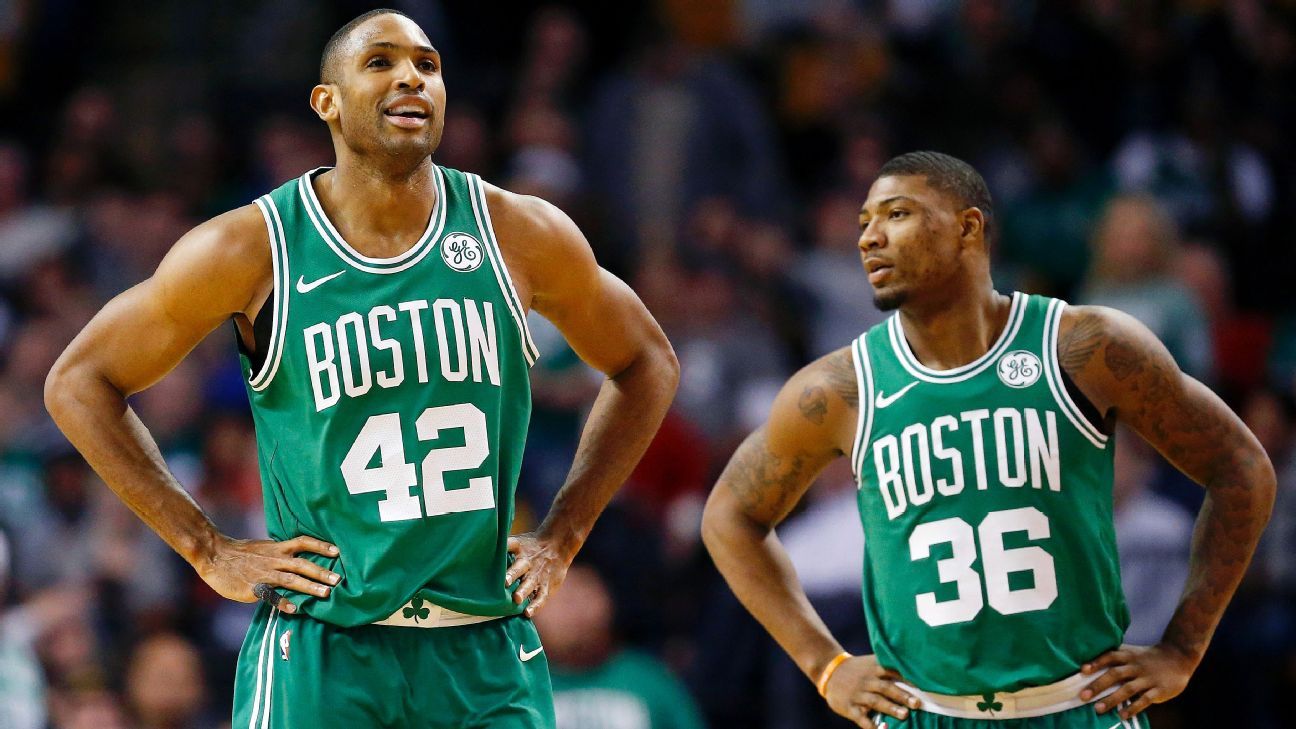 MIAMI — The Celtics announced Thursday afternoon that Al Horford would be available to play in Game 2 of the Eastern Conference finals against the Heat.

Horford, who abruptly went into the NBA’s health and safety protocols a couple of hours before Boston’s 118-107 Game 1 loss, was upgraded to doubtful Wednesday evening and then was rapidly upgraded from questionable to available in the span of about 90 minutes Thursday.

Marcus Smart, who also missed Game 1 with a midfoot sprain he suffered in Game 7 against the Milwaukee Bucks, remains probable to play Thursday night.

“He’s better but still has to test it out pregame,” Celtics coach Ime Udoka said after the team’s shootaround Thursday morning. “But he’s probable for tonight. When he goes before the game, we’ll know from there, but he looked better in shootaround today and overall we expect him to play.”

The Celtics also announced that Derrick White would miss Game 2 for personal reasons, as he and his wife are expecting a child.

“Derrick is having a baby,” Udoka said. “It came sooner than expected. But we support our guys always in that situation. He had to rush home today.”

White started Game 1 in place of Smart and finished with three points and four assists in 29 minutes. He is expected to be back with the team for Game 3 on Saturday night when the series shifts back to Boston.