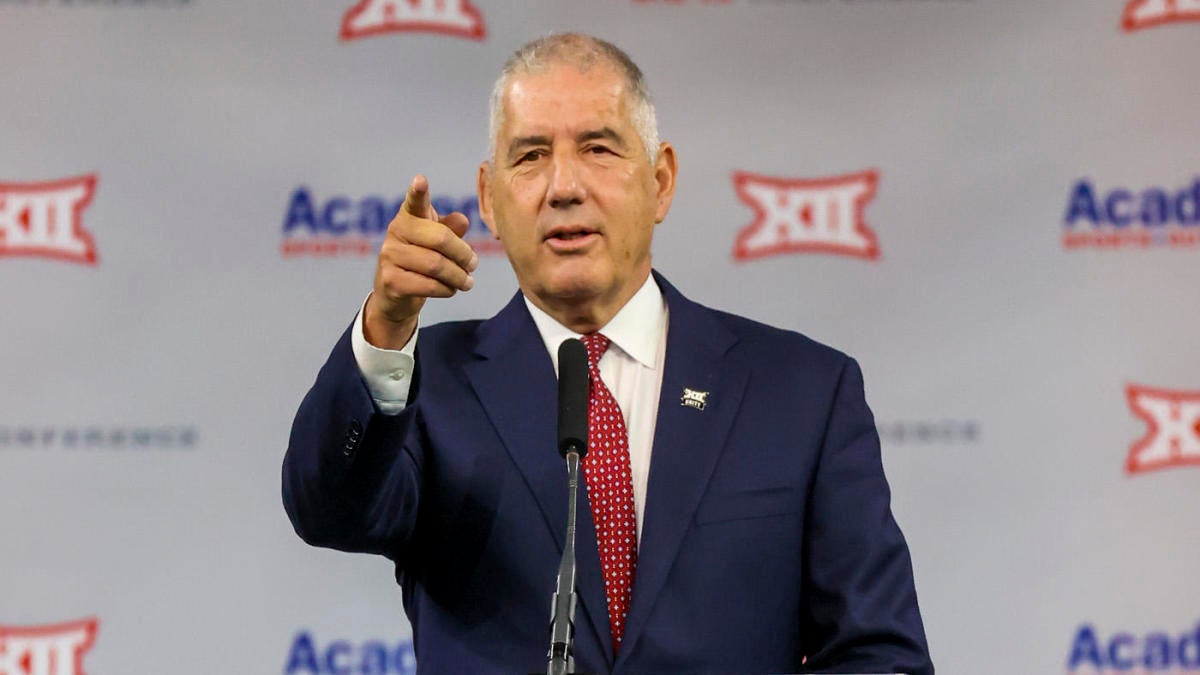 Bob Bowlsby has always been a wrestler at heart, a tough nut who would mash your face into the mat to get a point. He loved the sport, rising to the level of captain for his team at Minnesota State-Morehead and winning the conference title at 167 pounds as a senior in 1975.

But even wrestlers wear down.

Amid the announcement that the 70-year-old Bowlsby would be stepping down as Big 12 commissioner after a decade, that was the conclusion drawn by some of his closest associates. Recent events had simply taken their toll.

“He’s getting like a lot of us,” said one colleague. “He’s frustrated.”

Everyone at the administrator level is dealing with the uncertain future of college athletics — a world which now includes name, image and likeness; the transfer portal and player empowerment, all while the authority of the NCAA is slowly but surely diminishing. This is not the version of college athletics Bowlsby — or any of his peers — signed up to lead.

Bowlsby, however, has been dealing with the added burden of having the rug pulled out from underneath him and his conference as perennial powerhouses Oklahoma and Texas abruptly announced they were moving on to the SEC in July 2021.

The news of the Sooners and Longhorns bolting the league came just one week after telling the media his conference was never more united. Bowlsby will head into retirement still contending the SEC and ESPN conspired to wreck the Big 12, and he claims he has the receipts but will not reveal them.

The pressure didn’t end there as it turns out the work he put in to expand the College Football Playoff was a waste of time as well. The migrations from Texas and Oklahoma to the SEC created divisions and suspicions among the leadership that exist to this day. There may be expansion in four years, at the earliest, but it will be without Bowlsby leading the Big 12.

It was a bit agonizing to watch it all unfold.

He did move quickly, however, to add Houston, Cincinnati, BYU and UCF in an effort to sustain the strength of the league despite losing the Oklahoma and Texas brands.

“Bob saved this conference. In doing so, he had to take a really strong position against ESPN,” said one source within the Big 12.

Then there was COVID-19, which messed with everyone’s psyche. It was time for an administrator deeply devoted to his family and grandchildren to call it a career.

“This hasn’t been all roses at this stage in his life personally,” said Texas Tech president Lawrence Schovanec, current chair of the Big 12 presidents. “He spoke to the fact he wanted to spend more time with his wife and children and grandchildren.

“I sat with him in San Diego at the NCAA Tournament first-round site with two of his grandchildren. He was just beaming.”

Bowlsby’s departure creates a power shuffle as SEC commissioner Greg Sankey now becomes the senior lead administrator at the Power Five level. When Bowlsby’s replacement takes the Big 12 post, none of the original commissioners who shaped modern college athletics will remain in power.

Bowlsby might be the most significant figure to date to step down because of the roiling nature of college athletics. The landscape is changing so fast and with such impact that it is making administrators everywhere question their future.

The current state of the NCAA does little to help matters as the organization is in such disarray and has lost so much of its standing, it turns out its president needed cue cards to identify the winner of Monday night’s NCAA Tournament championship game.

Bowlsby likes to use terms like “collegiality” and “cooperation” and “shared beliefs”. Unfortunately, there isn’t much of any of that in college athletics right now. The man who gave Jim Harbaugh his first Power Five job at Stanford, led the Big 12 through a couple of rounds of realignment and endured the Baylor sexual assault scandal has also stood on any NCAA committee you can name.

Bowlsby is not poised to consult in retirement. This is it.

He told a colleague recently that they can call him as long as it does not become a routine. The old wrestler is hanging up the singlet.

Bowlsby will stay on until a new commissioner is named, however, which allows the successor the opportunity to negotiate a new television contract. The current deal expires June 30, 2025 — interestingly enough, the same day as Bowlsby’s existing contract would have worn out.

A new commissioner should be announced within three months, Schovanec told CBS Sports.

It’s probably a good idea that the new commissioner negotiates that TV deal. That person will be the one dealing with the TV executives and navigating a new NCAA. That is, of course, if there even is an NCAA in the future.

Meanwhile, Bowlsby will be somewhere I would frequently find him during Sunday phone calls — wrangling grandchildren, hosting holiday gatherings and getting away from it all.

Except now, that family and relaxation time is permanent.