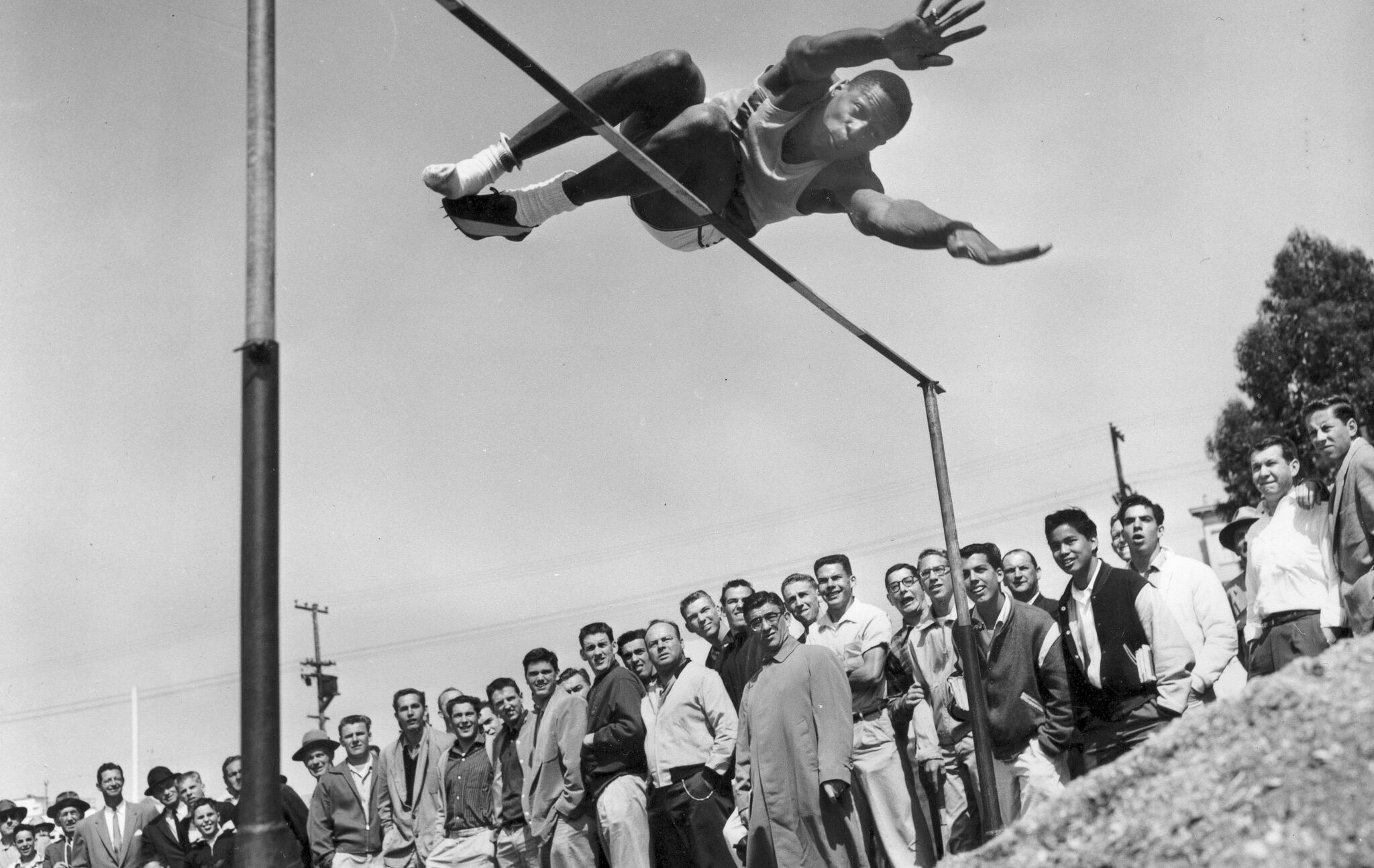 The modern NBA player is a far superior athlete to his predecessors, so the well-worn trope goes. Retired sharpshooter JJ Redick put a new veneer on the argument recently, when he said Celtics legend Bob Cousy “was being guarded by plumbers and firemen” in the 1950s and 1960s.

Watch a grainy highlight reel of Cousy dribbling in circles, and it’s hard not to give the trope some credenza. At least one of Cousy’s Celtics teammates was decidedly springier than the average plumber, though, and the hard proof is in the record books of a completely different sport.

Bill Russell, who died Sunday at the age of 88, still holds the University of San Francisco school record in the high jump. It’s stood for 66 years. Russell was fond of telling younger generations he could hang in any era, once telling a group of Hall of Fame centers that he would kick their asses.

In 2020, Kendrick Perkins said that LeBron James was the “Most Athletic Player in NBA History!!!” Russell, possibly the most dignified man ever to yell at Kendrick Perkins on Twitter, responded with a photo of himself clearing an impossibly high bar, and helpfully provided a brief history of his high jumping exploits. “In 56 I could have made the Olympics in high jump but turned it down to play basketball instead we could only play one sport then,” Russell wrote.

“Track and Field News ranked me #7 high jumper in the world, I was ranked #2 in the US @ the time,” he added. (Pretty much: Seventh in the world and third in the US, according to that year’s Track and Field News.) Russell also only rejoined the USF track team in the spring of his senior year, and only because he could skip workouts, since “ he was too tired from the grind of basketball season,” as recounted in James W. Johnson’s history of that era of USF basketball, “The Dandy Dons.”

In 56 I could have made the Olympics in high jump but turned it down to play basketball instead we could only play one sport then. Track and Field News ranked me #7 high jumper in the world, I was ranked #2 in the US @ the time. @celtics @NBA pic.twitter.com/6FqZjiMlhG

At the West Coast Relays in Fresno in May 1956, Russell high-jumped 6 feet, 9.25 inches (2.06 meters) for the still-standing USF school record. He tied that day with Charlie Dumas. Later in ’56, Dumas became the first human being to high-jump 7 feet, and won Olympic gold in Melbourne.

Russell’s school record will not be broken anytime soon, believes USF assistant track and field coach Matthew McGee, who oversees sprints, jumps and hurdles for the USF track program. He was particularly impressed with Russell’s mark considering that it came in the prehistoric era of high jumping, before the sport truly advanced.

“There was a high jump revolution in the late ’60s,” McGee said. “Everyone started using the ‘Fosbury Flop,’ so they’re going backward over the bar as opposed to forward. Russell jumped at a time before that revolution happened; it’s a much more athletically demanding form of high jumping that takes a lot of flexibility and mobility. It’s surprising that he was able to jump as high as he did at his height.”

But as Russell’s own tweet shows, he wasn’t even using the predominant techniques from the time; it almost looks like he was hurdling the bar or doing a “Western” roll instead of the “straddle” roll used by elite jumpers like Dumas.

“Nothing against the basketball players we have at USF,” McGee said, “but there is no one even close to being able to jump that high on the team currently, and this is a team that went to the [NCAA] tournament. … I would guess that a very small percentage of players in the NBA could do that. Just incredibly demanding physically to be able to do that over 2.06 [meters].”

As McGee explained, there’s another reason Russell’s mark will stand: the Dons track and field team is only partially funded, and haven’t recruited a male high jumper in years, essentially sealing Russell’s record in amber. The Dons have excelled in distance events in recent years, with the women’s cross country team even finishing second in the NCAA in 2017. But without a track on campus, or a full complement of scholarships, finding any high jumper — much less one like Russell — is difficult, McGee said. While they have had a select few field event athletes, there hasn’t been a high jumper on the men’s track team since at least 2010, if not longer.

The high jump is a highly specialized technical event, meaning it’s rare to pair it with a second event and takes intense technical instruction. That also underscores how impressive Russell’s performance was, since it came despite minimal practice or refined technique. (Russell’s tweet at Perkins shows he competed at least once with one shoe missing, for an added degree of difficulty.)

“It’s just not something that happens, ever,” McGee said. “It’d be like if a player on the USF basketball team jumped 7-foot-6 today. Unbelievable.”