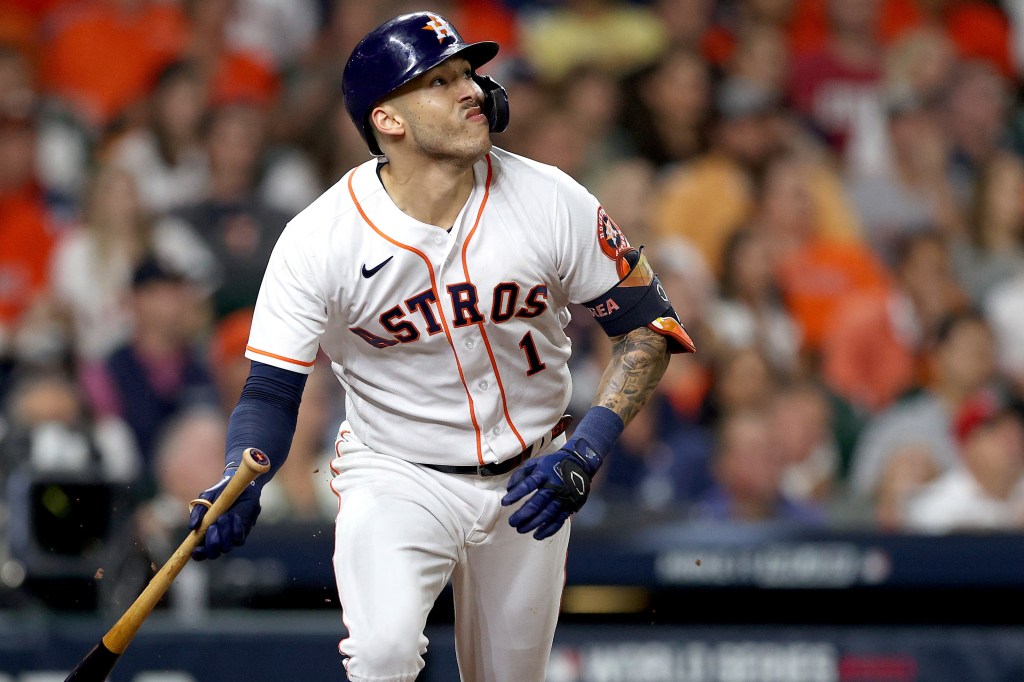 Scott Boras called the environment that led to Carlos Correa signing a three-year, $105 million pact with the Twins that has opt outs after the first two years a “Rubik’s Cube.”

Correa left his previous agency and and asked Boras to represent him during the lockout. Boras said, “It was a very, very complex dynamic to execute in this timeframe, in this market and with the qualifying offer attached” to Correa. He said teams were scrambling to act quickly.

So there was not time for a normal free-agent negotiation phase. Thus, Boras said he alerted Correa that they may have to “use a market bridge.” The concept was Correa gets the protection of three years at $105 million – the $35.1 million per year is the largest ever for an infielder. Plus, there are the opt outs after Year 1 (after his age-27 season) or Year 2 (after his age-28) to potentially go back into the free agent market while still his prime. Keep in mind that next year sets up as an elite shortstop market too: Xander Bogaerts (player option), Dansby Swanson, Trea Turner and likely Correa if he has a strong year.

When Correa left William Morris Endeavor, the perception was that Correa hired Boras to at least beat the 10-year, $325 million pact that Boras negotiated before the lockout for Corey Seager with the Rangers and possibly even beat the 10-year $341 million the Mets gave Francisco Lindor.

Boras said the combination of the late market due to the end of the lockout, draft pick compensation tied to signing Correa and the way the market shaped up forced a deal in which Correa could consider chasing that huge deal next offseason via the opt out.

To explain the complicated field, Boras said the Astros held tightly to not going beyond five years in big free agent deals. He indicated the Yankees had a combination of an eye on their payroll plus wanting to use the trade market to re-organize their roster as factors that prevented a deal.

Still, Boras circled back to several interested teams on Saturday to make sure of their desires. The Yankees were included and the sides discussed a four-year possibility with opt outs. The Yankees, though, already were over the $250 million second tax threshold and did not want to go over the third at $270 million and were more doing due diligence than anything.

In the end, Boras said he placed Correa in a place with a salary structure that worked for the shortstop plus a place Correa loves to hit. In 15 games at Target Field, Correa’s slash line is .413/.443/.762. The deal was agreed to over the weekend and became official Tuesday.

“We were looking to do something that could launch the rocket,” Boras said.

That would be to get Correa security short term and the ability to seek the long, extravagant contract as early as next offseason.