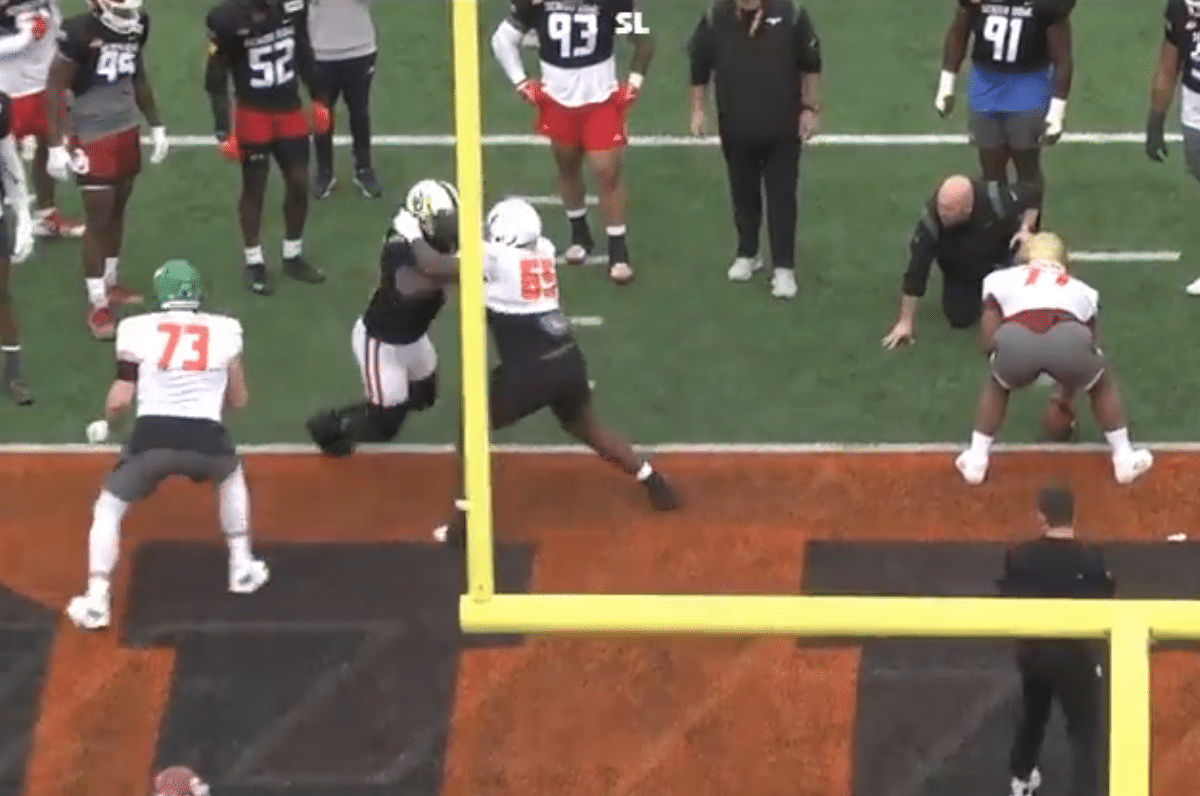 Ja’Tyre Carter was an unknown quantity once the pre-draft process began a few months ago. He was an offensive tackle from Southern University, an FCS program. While he’d played great football for them, NFL teams are always wary of players from smaller schools. They aren’t sure whether they have the capability to stand up against the real competition. The Chicago Bears were one of those teams.

GM Ryan Poles and his scouting department were looking for offensive line prospects. The unit had given up 58 bags last season. It was only natural they’d seek help. Bears scout Breck Ackley revealed the team was intrigued by Carter thanks to his size, mobility, and nasty temperament. However, they weren’t sure how he’d handle more talented opponents. Then the Senior Bowl arrived.

It was here Ackley, and the rest of the staff had their eyes opened.

“I was actually on the field right off the bat, and they go right to one-on-ones. That’s kinda the highlight for O and D line. You wanna see ’em and right off the bat, I believe it was Oklahoma guy (Perrion Winfrey) he lined up against, so I’m kinda back there standing by the goalpost going, ‘Here we go. Baptism by fire.’ And he gave a little ground, kinda sat on it, then when he came out of the rep he almost bought back a little bit. It was almost like he, himself, realized, ‘I can hang.’

After that, every other rep, he battled and held his own. There’s gonna be some losses, right. I mean everybody there goes up and down, but he just kept showing up and held his own. That’s probably what stood out, I was excited to see him battle and kind of realize he could play at that level.”

Context is important here. Winfrey dominated most of that entire week at the Senior Bowl. He routinely beat blockers in practice and put an exclamation point on it with a sack in the actual game. For Carter to give him all he can handle in those reps is a good sign. He also did the same with Tampa Bay Buccaneers 2nd round pick Logan Hall. So one can imagine the Bears were thrilled to get him in the 7th round the next day. They likely feel they got away with minor robbery.

Ja’Tyre Carter is a great story. He was an unranked player coming out of high school and had to make the best of it at Southern. To play well enough to get himself drafted is an impressive feat. Expectations are he will move from tackle to guard in the NFL, where his average length won’t be as big of an issue. It would be quite something if he managed to snag a starting spot as a rookie. Something that remains possible with no definitive option at right guard.