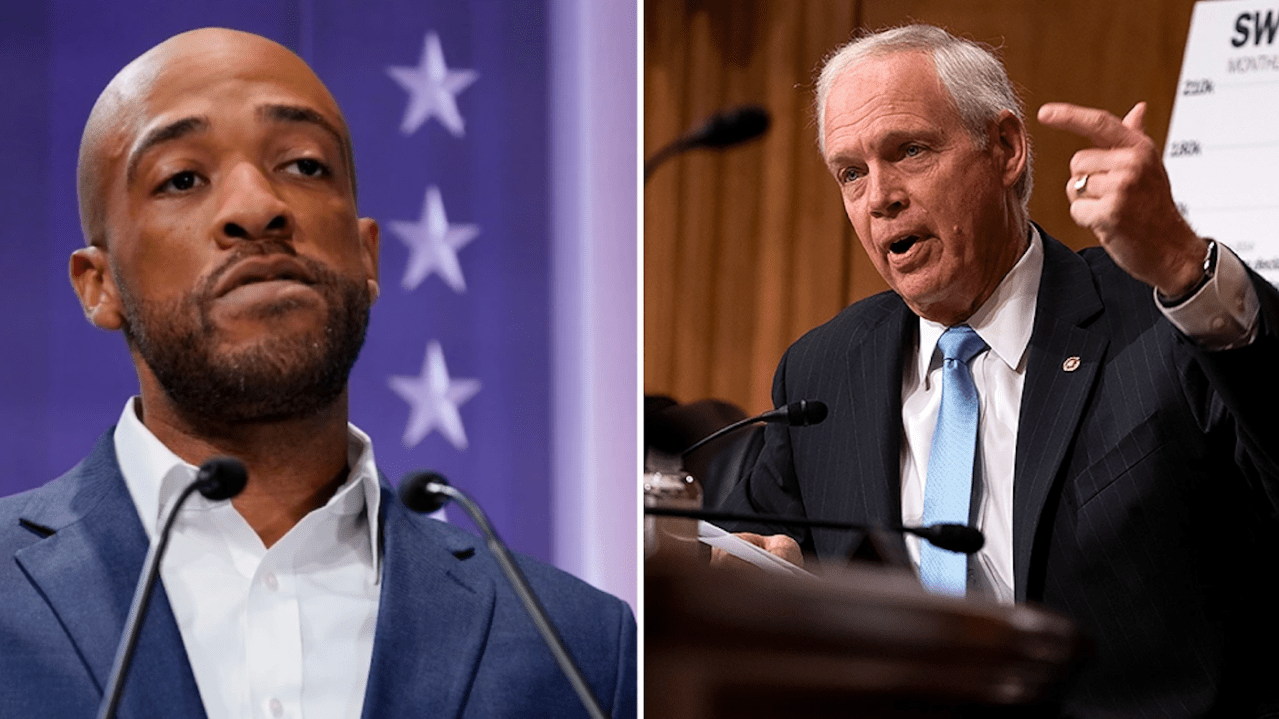 The survey found that Barnes received support from 51 percent of respondents, compared to Johnson’s 44 percent. Barnes expanded his lead from Marquette’s June poll, in which he led Johnson by only 2 points, within the margin of error.

Barnes was still competing for the Democratic nomination at the time of the June poll but clinched the primary earlier this month.

The poll released Wednesday shows a sharp partisan divide between the candidates, with 95 percent of Democrats supporting Barnes and 92 percent of Republicans supporting Johnson. But Barnes leads among independents, 52 percent to 38 percent.

The two candidates were tied among independents in the June poll.

Barnes also has an advantage in favorability rating over Johnson.

The lieutenant governor is viewed favorably by 37 percent of respondents and unfavorably by 22 percent. Three in 10 respondents said they did not know enough about Barnes to respond, but that figure is down from 57 percent who said so in June.

Johnson is viewed favorably by 38 percent and unfavorably by 47 percent of those surveyed, while only 9 percent said they did not know enough to respond.

Johnson’s seat is considered a prime pickup opportunity for Democrats, who are seeking to maintain and expand their control of the Senate in the November midterm elections.

Johnson has become a controversial figure, as he has been a close ally to form President Trump.

The conservative senator has faced sharp pushback after he said earlier this month that Social Security and Medicare should be categorized as discretionary spending, requiring Congress to approve their budgets every year instead of allowing them to rise annually.

Democrats also released an ad this week targeting Johnson for his vote against implementing a $35 per month cap on out-of-pocket insulin costs for individuals with private insurance.