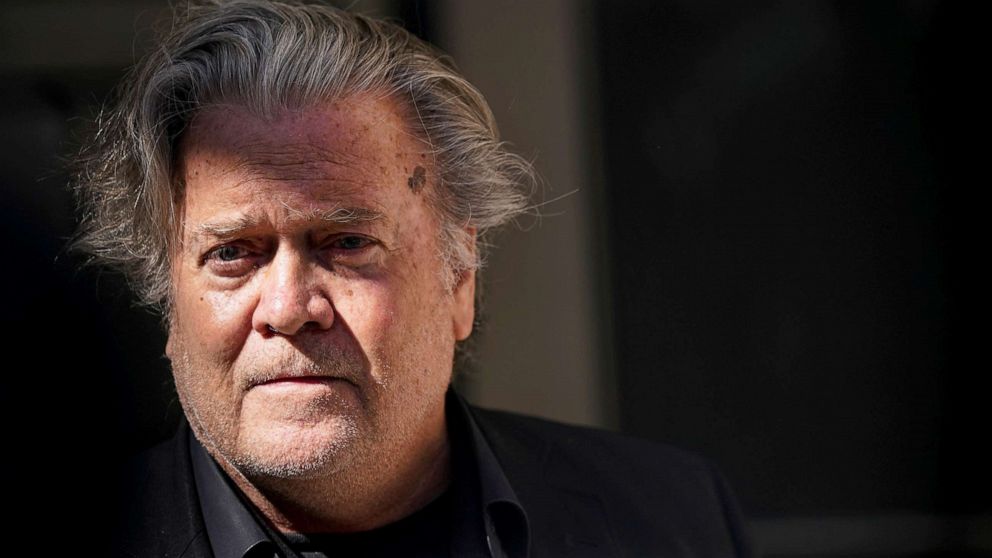 Steve Bannon, a former top adviser in Donald Trump’s White House, recently told the House panel investigating the Capitol riot that he would be willing to testify since Trump now says he won’t cite executive privilege.

Both the House committee and federal prosecutors who sought to speak with Bannon have said the executive privilege claims never covered him, since the Jan. 6, 2021, insurrection took place long after Bannon left his post as chief White House strategist in 2017.

Bannon previously defied a subpoena from the committee and is awaiting trial on criminal contempt charges.

His attorney wrote on his behalf in the letter this weekend that “circumstances have now changed.”

It’s unclear if Bannon now also plans to comply with the committee’s demand for documents, which accompanied his subpoena.

In Trump’s letter to Bannon, Trump reiterated his criticisms of the House committee and wrote that he felt his former aide — now a right-wing commentator — had been treated “unfairly.”

“When you first received the Subpoena to testify and provide documents, I invoked Executive Privilege. However, I watched how unfairly you and others have been treated, having to spend vast amounts of money on legal fees, and all of the trauma you must be going through for the love of your Country, and out of respect for the Office of the President,” Trump wrote. “Therefore, if you reach an agreement on a time and place for your testimony, I will waive Executive Privilege for you, which allows you to go in and testify truthfully and fairly…”

The letters were first reported by The Guardian.

Speaking on CNN on Sunday morning, Jan 6 committee member Rep. Zoe Lofgren suggests the panel had not yet considered Bannon’s reversal but hinted that a public testimony may be unlikely. “This goes on for hour after hour after hour. We want to get all our questions answered, and you can’t do that in a live format,” Lofgren told CNN’s Jake Tapper.

The panel has typically held private depositions with witnesses before they end up testifying live in a hearing room — or clips from their depositions are aired to the hearing.

Rep. Adam Kinzinger, another member of the committee, was asked by ABC “This Week” anchor George Stephanopoulos on Sunday about Bannon’s possible testimony. Kinzinger said that “on a high-level position, anybody that wants to come in, that knows information to talk to the select committee, we welcome them to do so.”

“We welcome them to do so under oath. And we all know the history with our requests to have talked to Steve Bannon. So we’ll see how that comes out,” Kinzinger said.

After defying a Jan. 6 subpoena last year, Bannon was charged with two counts of criminal contempt of Congress, though he argued Trump’s privilege claim protected him.

He pleaded not guilty and is set to go to trial next week.

Bannon remained an outsider to Trump after helping to lead his first presidential campaign and a short stint in the White House. He was at a meeting at the Willard Hotel where lawmakers were encouraged to challenge the 2020 presidential election results, the Jan. 6 committee claimed in a 2021 letter to Bannon along with his subpoena.

He was quoted as saying, “All hell is going to break loose tomorrow,” the panel wrote in that letter, quoting a Jan. 5, 2021, episode of his podcast “War Room.”