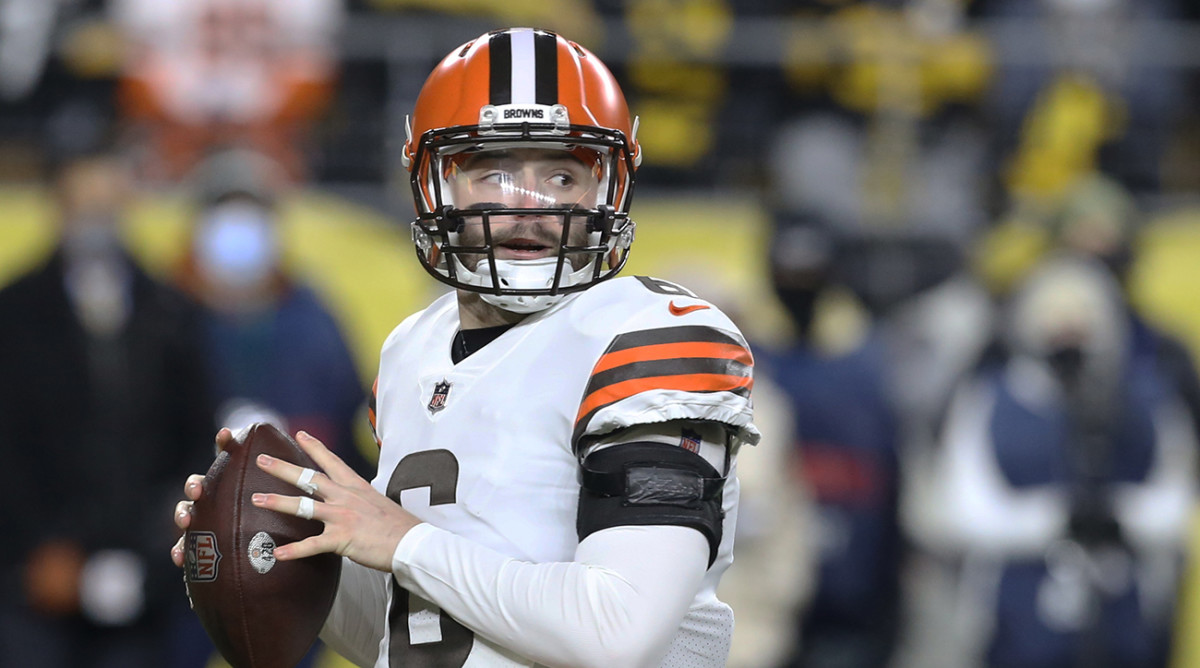 The Steelers would “pounce” on an opportunity to sign Browns quarterback Baker Mayfield if he is cut by the Browns, according to Cleveland.com’s Mary Kay Cabot.

During an appearance on the Orange and Brown Talk podcast, Cabot reports the Browns weren’t getting too many calls from teams interested in trading for Mayfield as of Tuesday. If Cleveland was forced to cut Mayfield, the Steelers would jump at the chance of signing him as a free agent. The segment can be seen here at the 5:45 mark.

The Browns are looking for a first-round draft pick in a trade that would include Mayfield, according to Sports Illustrated‘s Albert Breer. But given the buyer’s market and the 49ers asking for two second-round picks for Jimmy Garoppolo, it will be difficult to get a team to bite for Cleveland’s price.

The starting job in Pittsburgh is wide open after the retirement of Ben Roethlisberger this past season, but the team has no shortage of quarterbacks. Mitch Trubisky, Mason Rudolph and Dwayne Haskins are all signed to the Steelers, but Mayfield would easily be the most experienced and successful signal-caller among them if signed. He’d be the favorite to start for a team that finished 9–7 in the 2021–22 season.

Mayfield, 26, played through several injuries in 2021. He finished the season with 3,010 passing yards, 17 touchdowns and 13 interceptions in 14 games.

For more Browns news, head over to Browns Digest.