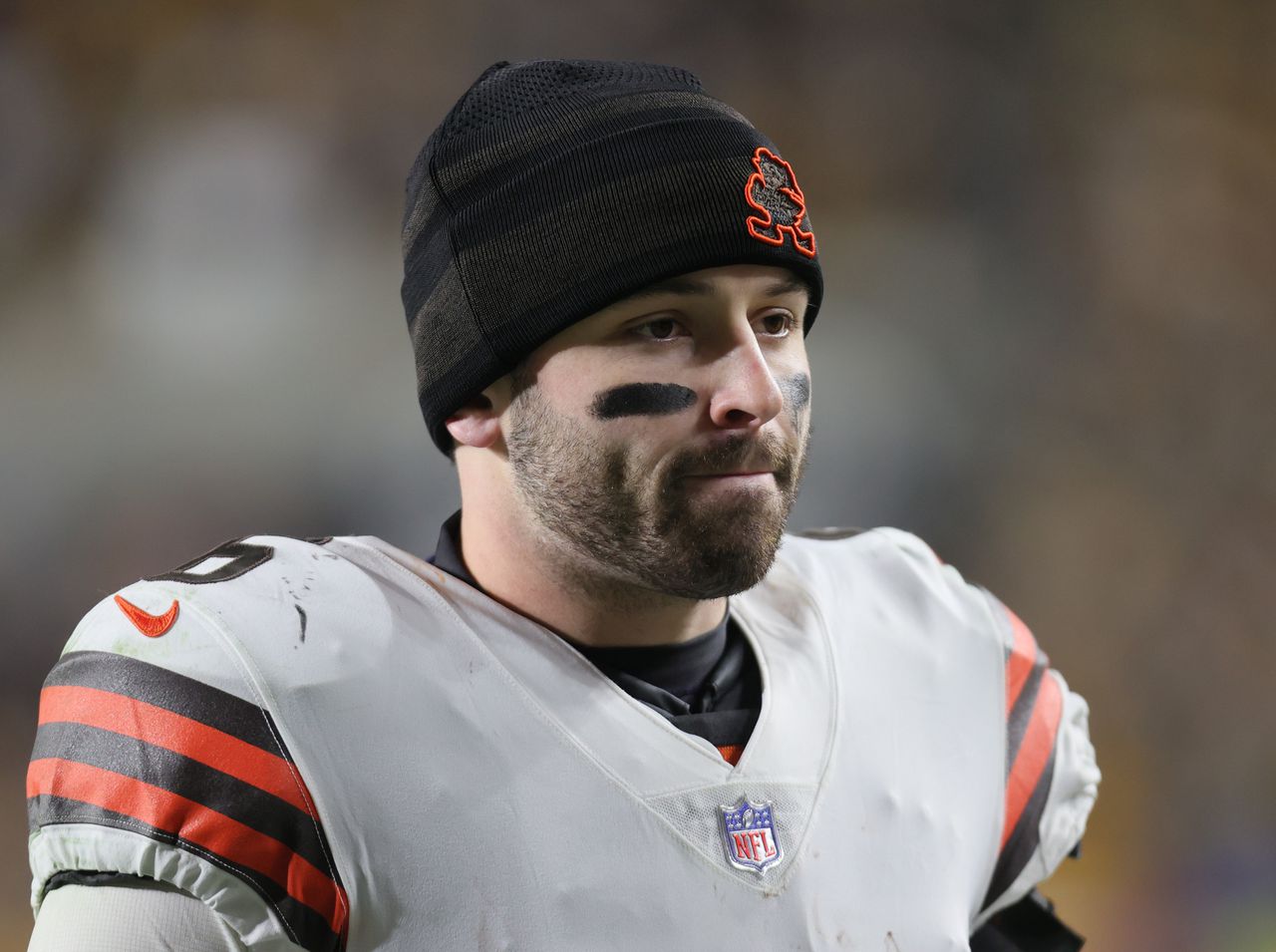 That’s what Ellis Williams told me about the Browns sending Baker Mayfield to the Carolina Panthers for a future fourth-or fifth-round pick.

Williams should be a familiar name to many cleveland.com readers. The Panthers beat man was was part of our Browns coverage team for two years before taking a job at the Charlotte Observer early last season.

So Williams watched Mayfield in Cleveland and the Panthers in 2021. It’s a unique perspective, which is why I called him. In the last three seasons, the Panthers have been 5-12, 5-11 and 5-11. They have been through four QBs: Sam Darnold, Teddy Bridgewater, Kyle Allen and Cam Newton. Carolina head coach Matt Ruhle is fighting to keep his job after 10 wins in his first two seasons with the Panthers.

And yes, old friend and Baker Buddy Rashard Higgins is in Carolina.

There’s an element of desperation in Carolina. A former Baylor head coach, Ruhle needs to at least come close to the playoffs. That’s the goal for 2022.

None of that should be new to Mayfield, who came to the Browns after they were 4-44 in the previous three seasons. Desperation. Coaching changes. A new roster. He’s been through all of that and more.

“How many head coaches has Baker had?” Williams asked me.

“This makes five in five years,” I said.

“He’s had to learn new offenses quickly before,” said Williams. “That will help him here.”

“The team says it’s an open competition between Darnold and Baker,” said Williams. “But I expect Baker to start. He’s better than Darnold.”

The Panthers also are counting on Mayfield, why else trade for him with training camp only a few weeks away?

Mayfield was the No. 1 pick in the 2018 draft. Darnold was the No. 3 selection by the Jets. Darnold has never been able to do much in his career. Meanwhile, two of Mayfield’s four seasons have been good in Cleveland.

The Panthers also have rookie Matt Corral, a third-round pick from Mississippi. They have PJ Walker and Davis Cheeks – giving them a total of five people in their QB room. But the Panthers are counting on a highly-motivated Mayfield on the last season of his contract to revive the franchise.

As for Darnold, in his last two seasons he has a 6-17 record as a starter. Most disturbing is his 18 TD passes compared to 24 interceptions. That’s why the Panthers made the deal. I heard the two teams had agreed to the terms of the trade weeks ago, the Browns paying $10.5 million of Mayfield’s $18.8 million salary.

The final part was Carolina reworking Mayfield’s contract. The QB agreed to give up $3.5 million in salary. He does have a chance to make that back in incentives based on games played.

In the end, Carolina acquired Mayfield for a middle-round draft pick and is paying only $4.8 million of his salary.

“It’s a good deal for the Panthers,” said Williams. “They have really have nothing to lose because they gave up so little.”

“The team has some talent,” said Williams. “DJ Moore (93 receptions) is an Amari Cooper-type receiver, maybe better. Christian McCaffrey (Pro Bowl running back) is healthy. The offensive line is better. This isn’t Jacksonville (the Jags were 3-14 last season).”

The Panthers ranked 30th in overall offense, 29th in points scored (17.9 per game) last season. McCaffrey played only 10 games in the last two seasons. In 2018-19, he averaged 1,245 yards rushing and caught an average of 110 passes per season. That’s right, a running back catching more than 100 balls in a season.

The Panthers have invested in their offensive line. They made North Carolina State left tackle Ikem Ekwonu the No. 6 pick in the draft. They signed veteran free center Bradley Bozeman and guard Austin Corbett. Yes, that’s the same Corbett who was selected at the top of the second round by former Browns GM John Dorsey in 2018. He played little as a rookie. The Browns gave up on him a year later, trading Corbett to the Rams. He became an immediate starter at guard and played on a Super Bowl-winning team.

He signed a 3-year, $26 million deal with Carolina.

“The offensive line won’t be as good as Baker had in Cleveland,” said Williams. “But it still should be pretty good.”

“That’s why most fans here are excited,” said Williams. “They know if Baker improves the offense, the Panthers have a chance to be a much better team.”

Why all the love for Baker Mayfield?

Browns need to get serious about adding another quarterback

Do Browns fans have a soft spot for Baker Mayfield?

Would Browns brass have been on hot seat if Mayfield had stayed? hey terry

The Guardians, the kids and potential for more fun

What I hear about Guardians ownership: Six years before Blitzer takes over