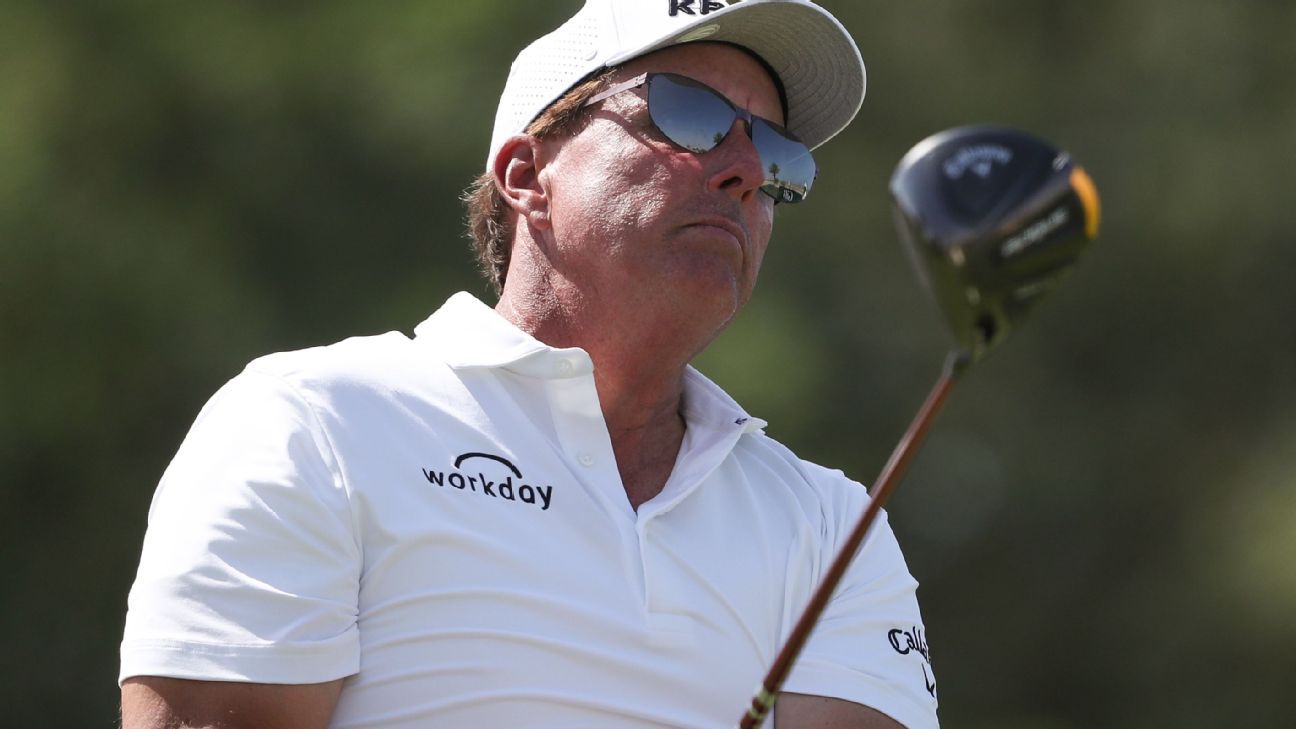 AUGUSTA, Ga. — Augusta National Golf Club chairman Fred Ridley said three-time Masters champion Phil Mickelson pulled out of this year’s tournament and was eligible to compete if he wanted to.

Mickelson notified Ridley, via text message, in late February or early March that he wouldn’t be playing in this week’s Masters.

“I would like to say we did not disinvite Phil,” Ridley said during a news conference Wednesday. “Phil is a three-time Masters champion and is invited in that category and many other categories; he’s the defending PGA champion.

“Phil reached out to me … and let me know that he did not intend to play. That was by way of a text, and I thanked him for his courtesy in letting me know. I told him that we certainly appreciated that and , you know, told him that I was certainly willing to discuss that further with him if he’d like. He thanked me, and we had a very cordial exchange.”

Mickelson, who last year became the oldest major champion at 50 with his unexpected victory at the PGA Championship at Kiawah Island, South Carolina, hasn’t played in a PGA Tour event in more than two months. He last played at the Farmers Insurance Open in late January and missed the cut.

On Feb. 17, author Alan Shipnuck posted Mickelson’s controversial comments about the PGA Tour and a proposed breakaway league being funded by Saudi Arabia’s Public Investment Fund, the nation’s sovereign wealth fund, which has an estimated worth of $500 billion.

“They’re scary motherf—ers to get involved with,” Mickelson told Shipnuck, who posted an excerpt of his upcoming book, “Phil: The Rip-Roaring (and Unauthorized!) Biography of Golf’s Most Colorful Superstar,” on the Fire Pit Collective website.

“… They killed [Washington Post journalist and U.S. resident Jamal] Khashoggi and have a horrible record on human rights,” Mickelson continued, in an interview that Shipnuck said took place in November. “They execute people over there for being gay. Knowing all of this, why would I even consider it? Because this is a once-in-a-lifetime opportunity to reshape how the PGA Tour operates.”

Mickelson’s comments were criticized by fellow PGA Tour pros. A few of his longtime sponsors, including KPMG, Amstel Light and Workday, ended their relationships with him. Callaway paused its relationship with Mickelson, a six-time major winner.

Mickelson later apologized for his comments.

“It was reckless, I offended people, and I am deeply sorry for my choice of words,” Mickelson wrote in his apology. “I’m beyond disappointed and will make every effort to self-reflect and learn from this.”

Mickelson wrote that he would be taking a break from playing golf. PGA Tour commissioner Jay Monahan said at last month’s Players Championship that he hadn’t yet spoken to Mickelson.

“I know I have not been my best and desperately need some time away to prioritize the ones I love most and work on being the man I want to be,” Mickelson wrote.

It would have been Mickelson’s 30th Masters appearance. He last won a green jacket in 2010.

“He made a personal decision, and I don’t know anything beyond that,” Ridley said. “I know that Phil has been a real fixture here at the Masters for many, many years. He’s been a big part of our history. I certainly and we certainly wish him the best sort of working through the issues he’s dealing with right now. “