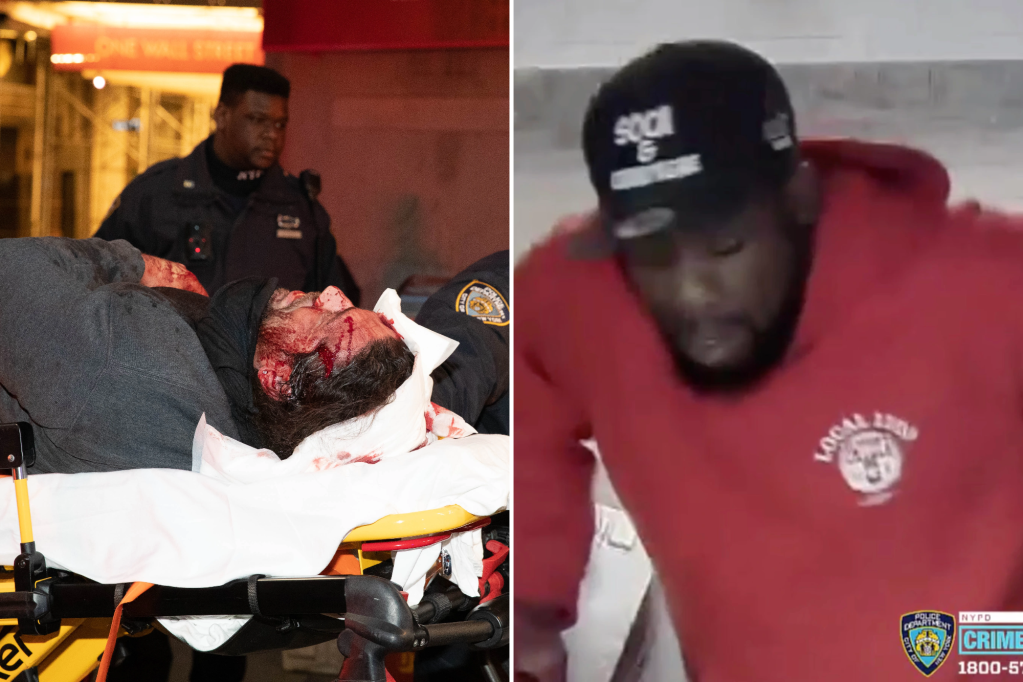 A man was slashed in the face and neck with a box cutter after an argument over a seat on a Manhattan subway train on Tuesday, cops said.

The 43-year-old victim was attacked on a 4 train traveling north near the Wall Street station at about 6 am, according to police.

The two men got into an argument over a seat before the suspect allegedly pulled out a box cutter and slashed the victim.

The suspect — who was wearing a black hat and red sweatshirt for the local 1109 union of the Communications Workers of America — fled the train at the Wall Street station and ran south on Broadway.

He then entered the Whitehall Street-South Ferry station where he was caught on surveillance video jumping a turnstile.

The incident comes about a week after an ex-cop was slashed by an attacker who first spat at him and his wife at the same station, according to police.