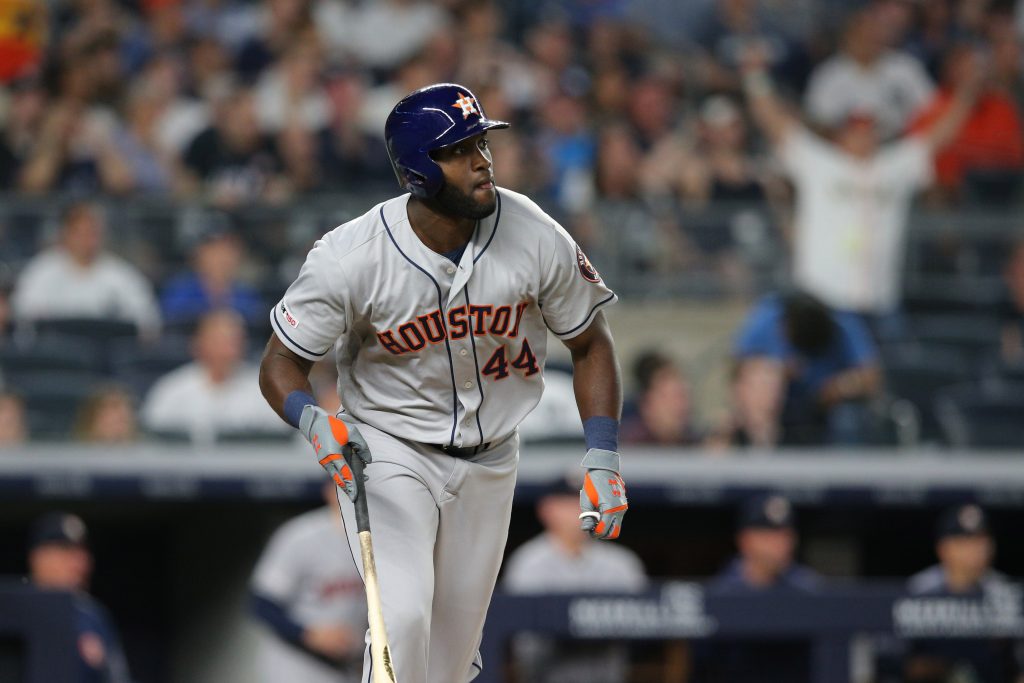 2:40pm: The Astros have announced that Alvarez has been placed on the IL, with outfield Jose Siri recalled to take his place on the active roster.

2:15 p.m.: The Astros are going to place Yordan Alvarez on the 10-day injured list due to a hand injury, reports Julia Morales of AT&T SportsNet Southwest.

Alvarez dealt with a hand issue back in June that caused him to miss a few games. He has evidently been playing through the injury since that time, with Morales relaying word from manager Dusty Baker that the issue has been getting worse. Danielle Lerner of the Houston Chronicle relays that the club is hoping that a period of rest can help the slugger be ready for their series against the Yankees, which is right after the All-Star break.

Due to the upcoming break, this is probably the best time for a player to hit the IL due to a nagging injury. If he can return after a minimum stay, as the Astros hope, Alvarez could miss just seven games. After the All-Star break, the Astros are in for a bit of a grind, as they start with a double-header against the Yankees as part of a stretch wherein they play 19 games in 18 days. By going on the IL now, he’ll miss games against the A’s and Angels but potentially be ready to go for that stretch where they play the Yankees, Mariners, A’s, Red Sox and Guardians.

Although Houston is clearly of the opinion this is a minor issue that be quickly cleared up, it’s still noteworthy that it’s lingered for the past three weeks, as it was June 19 that the hand issue first forced him to miss a game. Of course, it’s also noteworthy given that Alvarez has been perhaps the best hitter on the planet this year. With 26 home runs and an overall slash line of .306/.405/.653, he’s been 97% better than the league average hitter this year. His 197 wRC+ is first among qualified hitters, six points ahead of Paul Goldschmidt‘s 191 and 20 points ahead of Aaron Judge‘s 171.

Alvarez has largely been used as a DH this year, with 33 left field appearances mixed in. With Michael Brantley also on the IL, this leaves the club a little stretched on the grass, with Kyle Tucker, Jake Meyers and Chas McCormick likely getting the bulk of the regular action. Aledmys Diaz, Mauricio Dubon and JJ Matijevic are also around as outfield-capable options.

There’s little reason for the Astros or their fans to panic, as their 55-29 record gives them a 12-game lead in the AL West. If the injuries to either Alvarez or Brantley linger towards the vicinity of the August 2 trade deadline, the club could always look to outfield upgrades at that point.

Danielle Lerner of the Houston Chronicle first relayed that Alvarez was not with the team and that the issue was his hand (Twitter links). Julia Morales of AT&T SportsNet Southwest relayed that he was indeed landing on the IL.