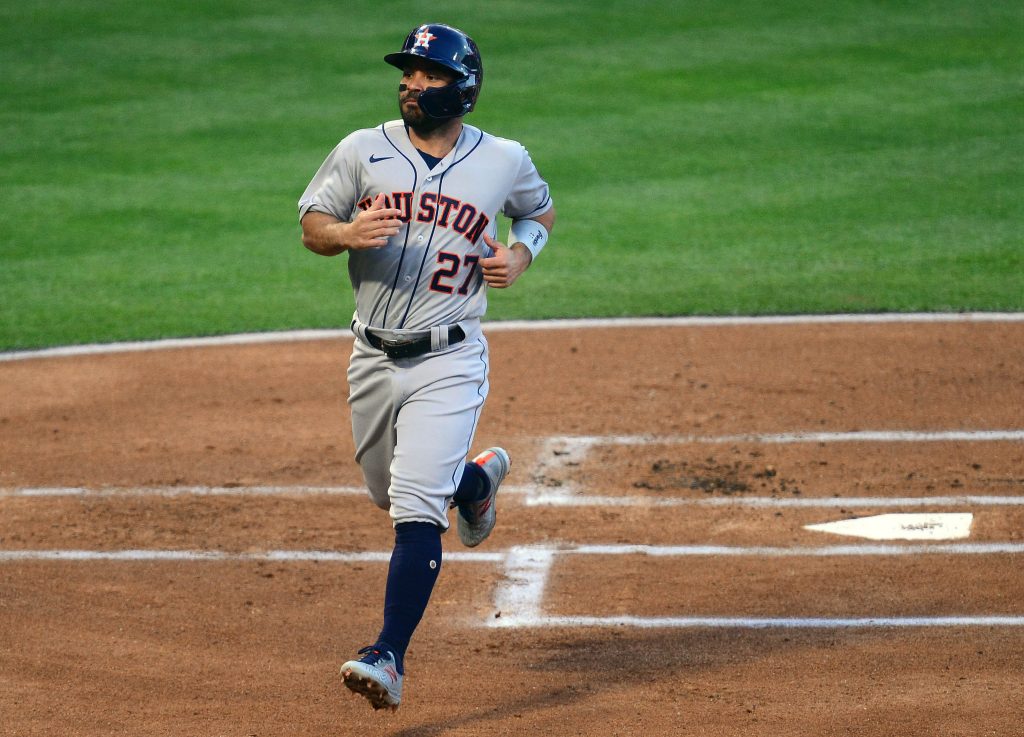 The Astros announced today that José Altuve has been placed on the injured list with a left hamstring strain. JJ Matijevic had his contract selected to take Altuve’s place on the active roster. To make space on the 40-man, taylor jones was transferred from the 10-day to the 60-day IL.

Altuve had been removed from Monday’s game with the hamstring issue and then sat out yesterday’s game. Although it appeared that Altuve might just miss a few games, it now appears the club will give him a stint on the IL to get healed up. He’s off to a slow start this year, hitting just .167/.268/.250 in his first 41 plate appearances.

Matijevic, 26, will make his MLB debut as soon as he gets into a game. Selected by the Astros 75th overall in the 2017 draft, Matijevic was recently ranked the #39 prospect in the organization by Baseball America. Their report praised the power in his bat but noted that he needed to improve his first base defense. He’s off to a torrid start at the plate this year, hitting four home runs in his first 11 games and slashing .310/.420/.714. While primarily a first baseman, he’s also seen significant time in left field.

Jones was placed on the 10-day IL a couple of weeks ago with a lower back injury, though it now appears it’s serious enough to keep him on the shelf until at least June.