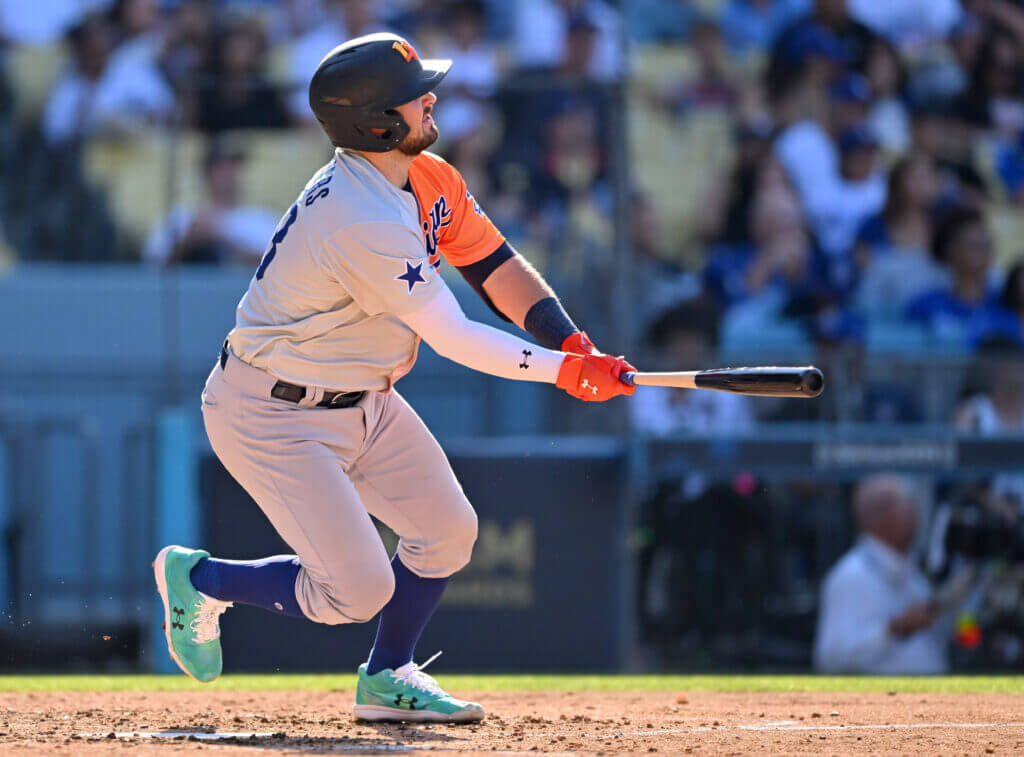 “As far as the decision to bring up Shea, it was a matter of when and not if we were going to bring him up,” A’s general manager David Forst said. “He has excelled in every way since starting the season in Las Vegas. And we knew we wanted to get him here at some point this year and this was the time when we felt like we could get him get him some at-bats.”

Forst said that Langeliers would back up Murphy at catcher and also get some opportunities as the team’s designated hitter. He also said it was likely Langeliers to make his major-league debut as the team’s DH on Tuesday night against the Texas Rangers.

Langeliers, one of the four prospects the A’s received from the Atlanta Braves in the Matt Olson trade, was slashing .283/.366/.510 with 19 home runs for Triple-A Las Vegas and is known as a very capable defensive catcher. His 2022 production led The Athletic’s Keith Law to move him up to No. 50 in his midseason prospect rankings, up 30 spots from his top 100 list in February.

The 24-year-old was named MVP of the Futures Game after hitting a home run and making a strong throw to prevent Corbin Carroll, baseball’s No. 1 prospect according to Law, from stealing third base.

“I’m blushing talking about him because I like him so much,” Las Vegas Aviators manager Fran Riordan told The Athletic’s Melissa Lockard in May. “He’s been incredible with the staff and he’s a guy that really cares about getting to know his pitchers and their arsenals and their sequencing and wants to get the best out of them. To him (catching) is his most important job and he just also happens to be a very gifted hitter. He’s had a great season so far.”

The A’s acquired Piscotty in a trade with the St. Louis Cardinals in December of 2017, and he had arguably his best season as a big-leaguer with the A’s in 2018 with 27 homers and an .821 OPS. He also played in 151 games that season. Injuries would keep him from coming close to that again, or being anywhere near as productive offensively, throughout his time in Oakland. Piscotty has been a negative-WAR player in each of the past two seasons and is slashing .190/.252/.341 in 42 games in 2022. He had a club option for 2023 for $15 million that includes a $1 million buyout.

Regardless of how his past four seasons went in Oakland, A’s fans won’t forget the home run Piscotty hit at Fenway Park in his first at-bat upon returning from the bereavement list after his mother, Gretchen, died of ALS.

“Everything that Stephen went through off the field, I think we as an organization learned a lot from him and his family,” Forst said. “And really the importance of things away from baseball. So this was not an easy decision, but obviously, it’s one that comes as we transition to a different point for the rest of the season.”

Much was made of the A’s slashing payroll before this season with the trades of Olson, Matt Chapman, Sean Manaea and Chris Bassitt. But the A’s will have even less money on the books in 2023 without Piscotty (who makes $7.25 million this season) and presumably Elvis Andrus, who has a $15 million option for 2023 that only vests if he reaches 550 plate appearances this season. Andrus has been the team’s starting shortstop more often than not, but he’s on pace for 532 plate appearances and the A’s will monitor that number over the last 46 games.

Laureano, one of three A’s who are eligible for arbitration after this season along with Tony Kemp and Sean Murphy, was rumored to be a player the A’s could move at the deadline. He’s slashing .223/.300/.395 this season with 12 homers in 84 games after missing the first 27 games of the season due to last year’s 80-game suspension after testing positive for nandrolone.

Murphy is one of the game’s best catchers with a tools profile similar to Langeliers’. He was another player who found himself in trade deadline rumors but remained in Oakland, as the A’s traded Frankie Montas to the New York Yankees to complete their 2022 rebuild/teardown.

What Langeliers does over the last month and a half could influence what the A’s decide to do with Murphy in the offseason. Murphy, 27, is already at 3.3 fWAR, matching what he produced in 2021 when he was a Gold Glove winner. He’s played in 105 of the A’s 116 games, including 103 starts, but Forst said Murphy’s workload wasn’t a consideration when promoting Langeliers.

“I don’t think that we’re going to sort of limit Sean’s work,” said Forst. “He has said, and it’s been sort of well documented, he came into the season wanting to prove that he could catch 130-plus games and he has gone out there and stayed healthy and done an outstanding job. I know earlier in his career, there was a question of whether he could be that guy. And I think he’s taken a lot of steps to sort of erase that narrative. So I don’t think bringing Shea up is about limiting Sean’s workload as much as it is about seeing Shea and getting him some opportunities in the major leagues.

“Sean is the starting catcher. That’s not going to change.” 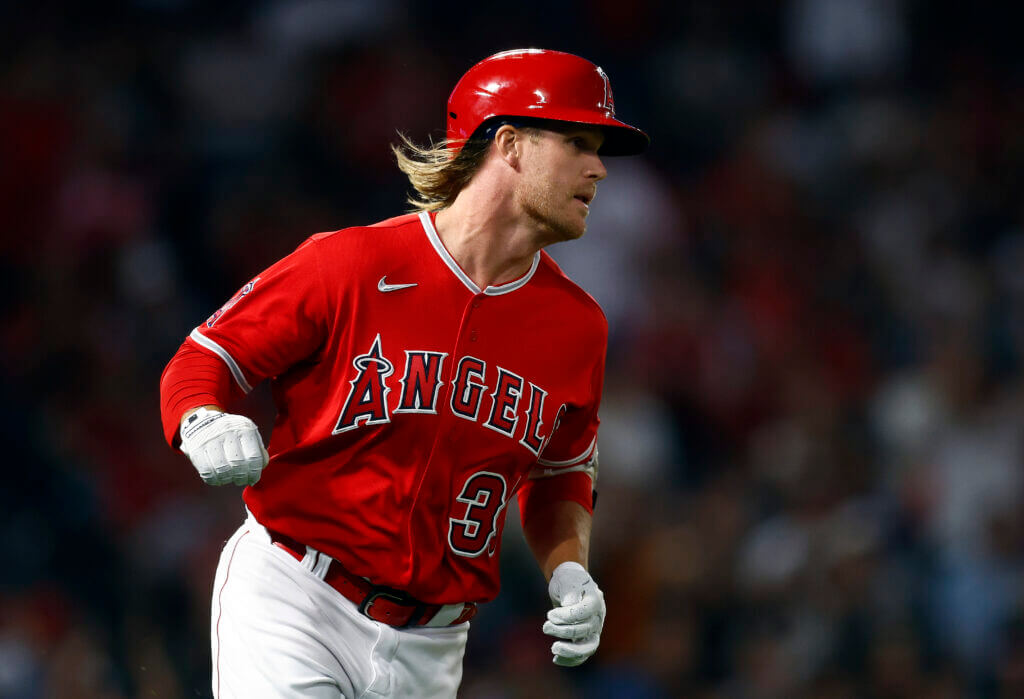 The A’s added MacKinnon via waivers on Aug. 5. He was an unlikely call-up on June 18 by the Los Angeles Angels, who drafted him in the 32nd round in 2017, as he tore his ACL in 2019 and missed all of 2020 due to COVID-19. He batted .189 in 16 games while playing first base and third base for the Angels, who designated him for assignment on Aug. 2. But he’s batting .331 with a 1.049 OPS in Triple A this season and continued hitting well during a brief stint in Las Vegas.