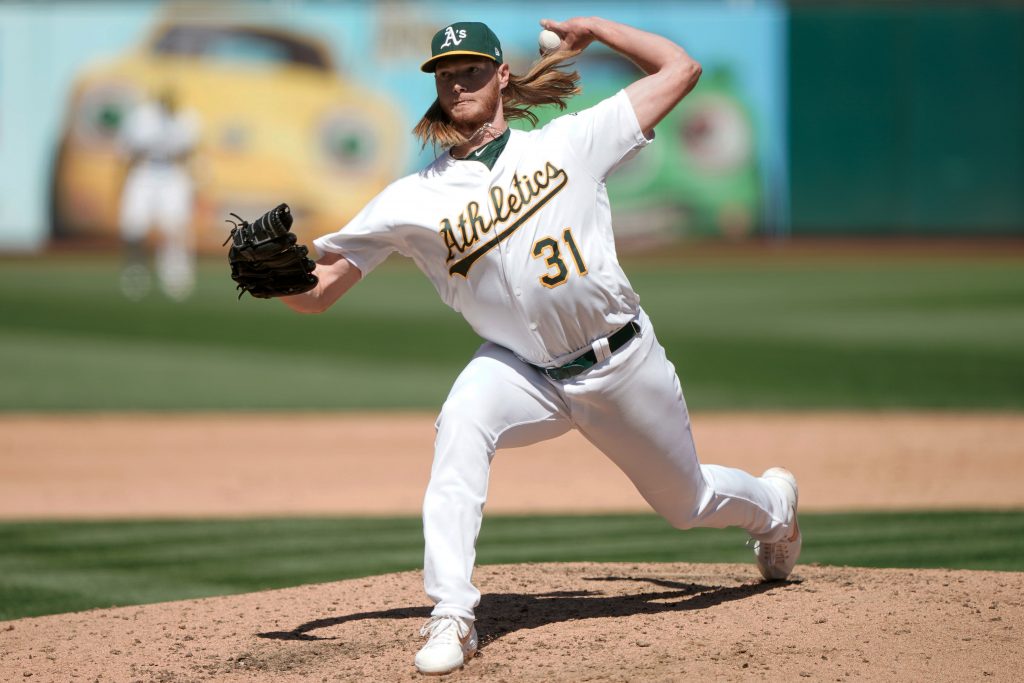 The Athletics announced a series of roster moves this afternoon, with lefty AJ Puk being reinstated from the Covid IL. Outfielder mickey mcdonalds was selected from Triple-A Las Vegas. Infielder Kevin Smith went to the Covid IL while southpaw Zach Logue was optioned to Las Vegas.

Puk was one of six A’s players who landed on the Covid IL on Monday, with no indication given at that time as to which players had actually tested positive and which were just close contacts or experiencing symptoms. With Puk being the first of that group to return, it’s possible that he was just a close contact and not one of the positive cases. Players who test positive are subject to a 10-day absence, though it’s possible to reduce that if the player has gone 24 or more hours without a fever, received a pair of negative PCR tests, and been given approval from a team physician and the MLB/MLBPA joint committee (a panel of one league-appointed and one union-appointed physician). Players who are experiencing symptoms but do not test positive can return in shorter order if their symptoms abate. The lefty had a rough season in 2021 but has started off well this year, throwing 4 innings with a 2.25 ERA, 31.3% strikeout rate and 6.3% walk rate.

As for McDonald, as soon as he gets into a game, it will be his MLB debut. Selected by the A’s in the 18th round of the 2017 draft, he was recently ranked as the #32 prospect in the Oakland system by Baseball America. BA’s report on the 26-year-old (27 in June) notes that he “fits the A’s mold as an older, under-the-radar performer without an obvious carrying tool.” They note that he gave up switch-hitting to hit exclusively as a lefty in 2021, with excellent results. In 106 games last year between Double-A and Triple-A, he hit .305/.402/.390 for a wRC+ of 113. He’s never hit more than two homers in a minor league season, but has made up for that lack of pop with good plate discipline and some speed (18 steals last year). He can play all three outfield positions and even a bit of third base. For an Oakland club that traded away many of their established players, McDonald will join the group of inexperienced guys getting an audition to see what they can do.

Smith and Logue were both acquired by the A’s from the Blue Jays as part of the Matt Chapman trade. Smith is hitting .161/.212/.226 over 33 plate appearances so far this year. Logue has thrown 1 1/3 scoreless innings in his first taste of MLB action.