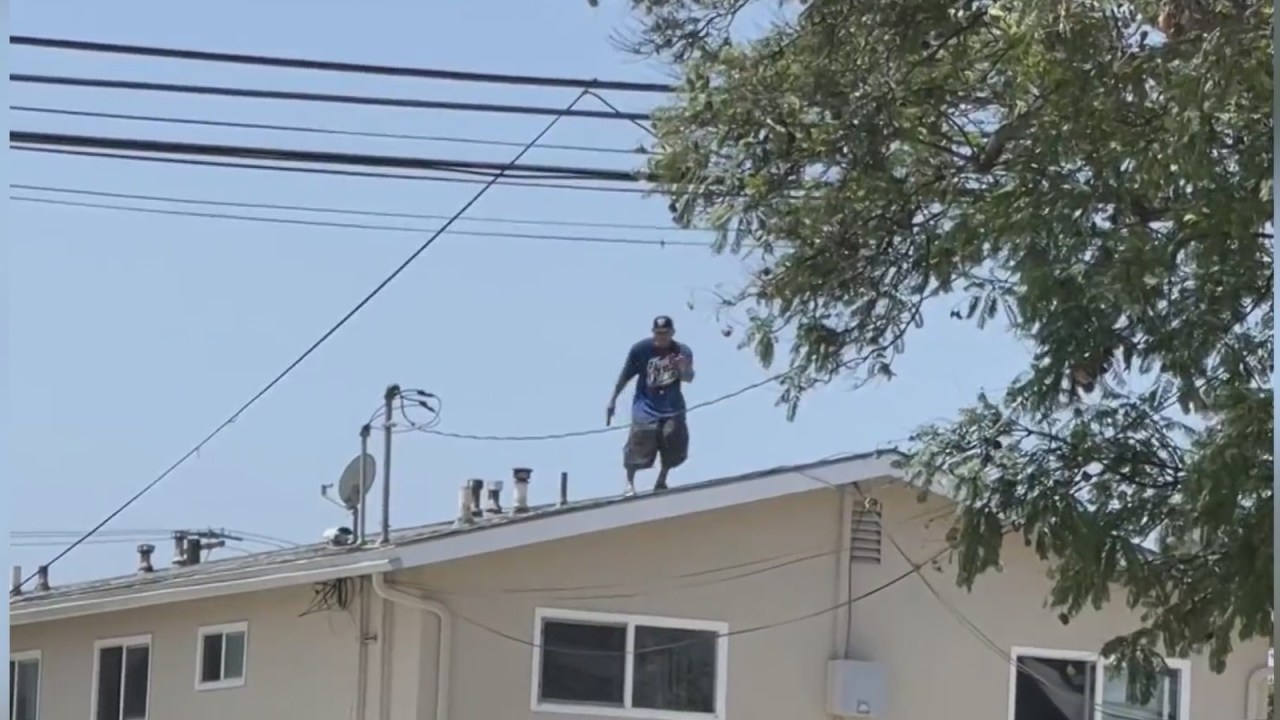 The Long Beach Police Department is investigating after officers fired on and killed a man allegedly armed with a firearm atop a Long Beach building.

Long Beach police officers responded to the 1100 block of East 17th Street around 11:10 am for a report of a person with a gun.

When they arrived on scene, officers found a man on a rooftop of an apartment building who was armed with some type of firearm, which police later identified as a handgun in a press release.

Multiple attempts were made to de-escalate the situation, including by using less-lethal rounds, but he eventually pointed his gun at officers, and police opened fire with handguns and a service AR-15, striking the man, the release added.

He was pronounced dead at the scene by paramedics from the Long Beach Fire Department.

“Further investigation revealed the man kidnapped, physically assaulted, and attempted to carjack a victim prior to officers arriving on scene. The victim suffered non-life-threatening injuries to the upper body and was transported to a local hospital. No officers or additional community members were injured during the incident,” the release said.

It’s unclear at this time how many officers fired on the man or how many times he was hit.

Police have only identified the man as being in his 30s or 40s.

Police requested people avoid the area while the officers were on scene investigating.

Anyone with information is urged to contact Homicide Detectives Leticia Gamboa or Ethan Shear at 562-570-7244.

This shooting comes less than a week after a gunman in a Chicago suburb opened fire on a crowd during a Fourth of July parade. Several people were killed when that gunman fired on the crowd from a rooftop.