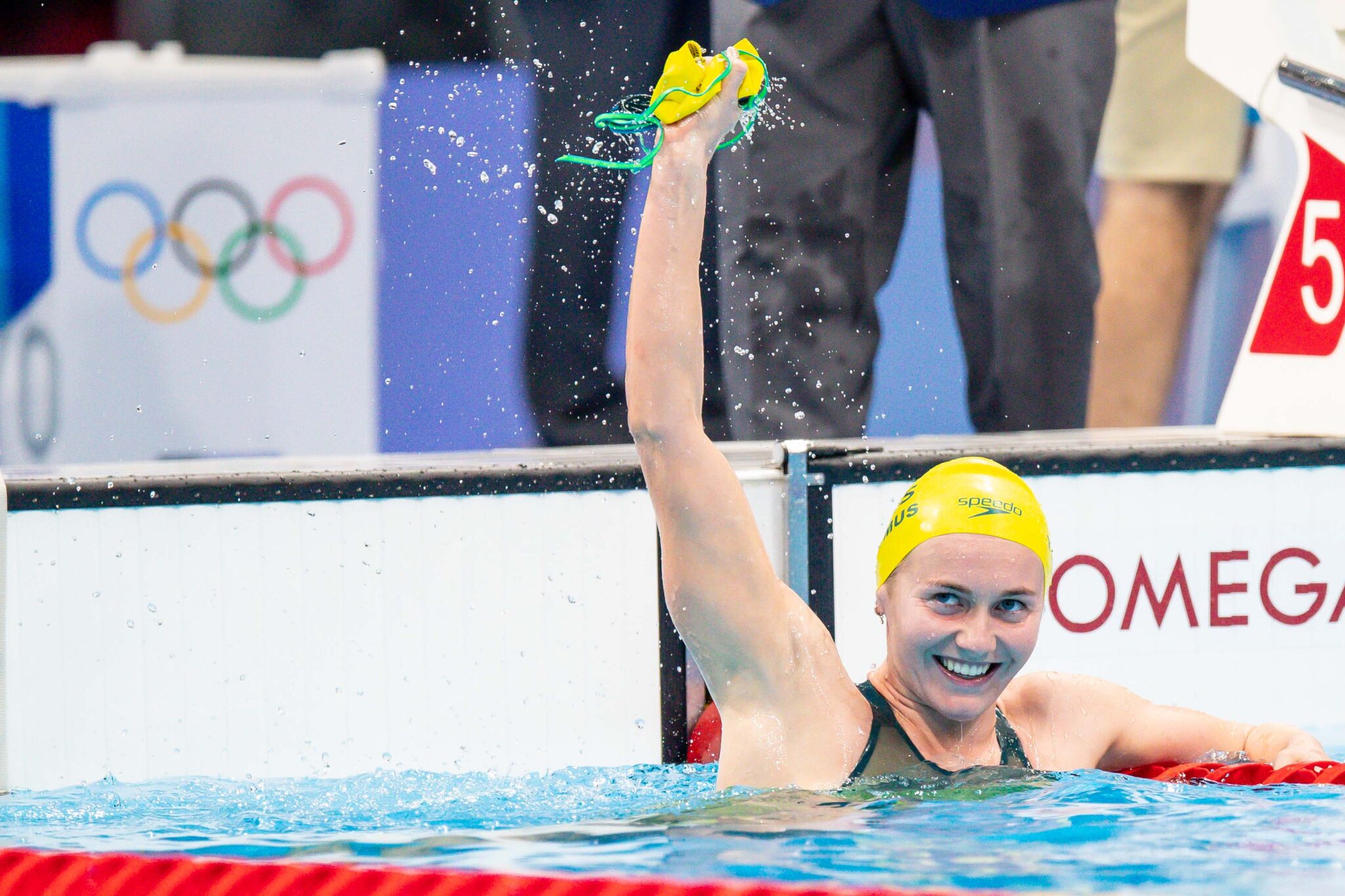 Ariarn Titmus was the first to beat Katie Ledecky in the 400 free at a major international meet, defeating her at the 2019 World Championships and the 2021 Olympic Games. Today, she became the first to break one of Ledecky’s world records.

With her swim, the 21-year-old Australian now has three out of the four fastest-ever times in the women’s 400 free. She first scared the world record when she swam a time of 3:56.90 at Olympic trials last year, and then got even closer to it when she beat Ledecky with a time of 3:56.69 in Tokyo. Tonight, she finally accomplished the feat of being the quickest in history after being so close for so long.

This race adds another chapter to what is arguably the greatest rivalry in our sport right now. Although Titmus broke Ledecky’s world record, she will not be racing against her at the FINA World Championships next month, instead opting to focus on the Commonwealth Games. If Ledecky wants to take her record back, she will likely have to swim the 400 free in a race by herself. In addition, the American has not been under 3:57 in five years, meaning she will have to go faster than she has in a long, long, time in order to beat Titmus’s new mark.

Ledecky and Titmus’s next potential showdown could be the USA vs. Australia duel in the pool, which is set to happen in late August after World Championships and the Commonwealth Games.

Titmus’s swim was the second world record set at this meet, as Zac Stubblety-Cook broke the men’s 200 breaststroke world record on Wednesday.